While Oscar 'nem scramble to figure out what to do with black star power, we are mere months away from the Malcolm D. Lee-directed movie franchise that is the epitome of all that is black and beautiful in Hollywood — The Best Man Wedding. The film is coming to theaters on April 15th
As we patiently await the comeback of Nia Long as Jordan Armstrong, let's take a moment to honor the actress who, after more than 20 years in the game, continues to wow us with her down-to-earth portrayals and ageless beauty. Whether she's giving hood chic, good girl, mommy or bae, Nia has cultivated a career portraying women who are the epitome of down. Here are 11 reasons why Nia Long is the quintessential ride or die Chick

Photo: Giphy 2. As Debbie, the cute girl next door in Friday, she has love for an unemployed, fired-on-his-day-off brotha' Craig (Ice Cube). In the ultimate display of being down, she hooks up Craig's friend, Smokey (Chris Tucker), with a Janet Jackson "look-a-like."

Photo: Giphy 3. Love Jones - In this 1990s romantic cult classic, she plays an aspiring photographer named Nina who takes her chances with Darius Lovehall (Lorenz Tate), a charming stalker who shows up at her door after employing illicit means to scheme up on her address

Photo: Giphy 4. Because she's the reason Kanye "couldn't keep it at home," thought he needed a Nia Long

Photo: Rebloggy 5. In Soul Food, she plays Bird, the baby of the Joseph family, holding down the household while trying to help her man Lem (Mekhi Phifer) find employment after serving a misdemeanor bid

Photo: Giphy 6. The first installment of The Best Man trilogy gives a peek into the history that created the unbreakable bond between Jordan (Nia Long) and Harper (Taye Diggs). Who wouldn't love a partner who can vibe out to Stevie and kick it like Kid N' Play?

Photo: Giphy 7. Her role in Held Up because she read the script and still showed up for work. #RideOrDie

Photo: IMBD 8. Her character in Big Momma's House because rare is the woman who finds love in a cross-dressing Grandma impersonator 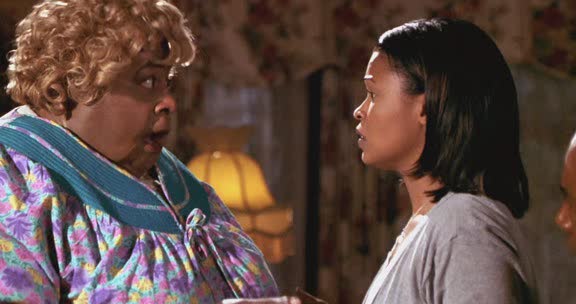 Photo: IMBD 9. Because J.Cole's sole regret in life is that he "was too young for Nia Long."

Photo: Giphy 10. Because she and her pixie cut stole our hearts on The Fresh Prince of Bel-Air