21 reasons why you need to be watching 'The Carmichael Show'

Television comedies have been making a comeback in recent years. Led by the charge of Modern Family, single-camera comedies with no laugh track have become staples, particularly at ABC. It even led to Black-ish, a hilarious comedy about a suburban black family, which has become a hit success with critics and viewers. As much as we love and appreciate Black-ish, there are several different black points of view that need to be welcomed in mainstream television. Enter, The Carmichael Show
Although it premiered last summer, it only had an initial 6-episode run before being green-lit for a full season, which debuted in March. The series is actually very similar to Black-ish in a few ways. The protagonists in both shows are 'well-off' black Americans trying to navigate the world around them. Although Black-ish is awesome for that Modern Family-type of take on a black family, The Carmichael Show takes us back to the history of black sitcoms. It's reminiscent of the Norman Lear comedies of the 1970s, in the fashion of The Jeffersons, Good Times and 227. Like these shows, Carmichael uses a laugh track (which is rare these days), a multiple-camera format, and it embraces today's societal issues, particularly those faced by black millennials
It's lead star and namesake, Jerrod Carmichael, is a stand-up comic who co-created the series and serves as one of its executive producers. In the fictitious story, Carmichael deals with the crazy shenanigans of life with his girlfriend Maxine (Amber Stevens West), his parents Cynthia and Joe (Loretta Devine and David Alan Grier), his brother Bobby (Lil Rel Howery) and Bobby's ex-wife Nekeisha (Tiffany Haddish)

If you aren't watching the Carmichael Show already, I've outlined 21 reasons why you need to tune in, like now:

1. Two of black America's favorite entertainers, David Alan Grier and Loretta Devine, are back on primetime.

Photo: NBC I know y'all were tired of only seeing David Alan Grier once in a while in productions such as The Wiz Live! and having to go watch the latest Tyler Perry film to see Loretta Devine. They are back in primetime where they belong!

2. It features an all-black main cast. 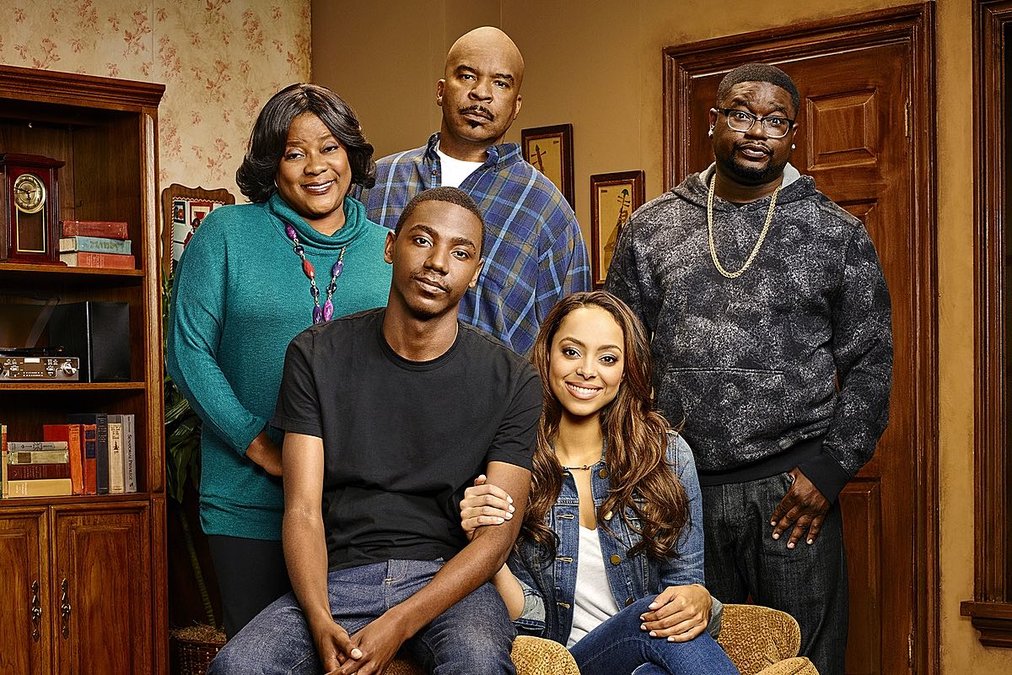 Photo: NBC Before the advent of Black-ish and Empire, shows with full black casts on primetime television were rare. Thankfully, The Carmichael Show can be added to that roster. Although we have leading women like Viola Davis and Kerry Washington driving major network shows, shows with full-on black casts are great to see as well

3. It's set in Charlotte, N.C., and each episode is filled with references to the Queen City. 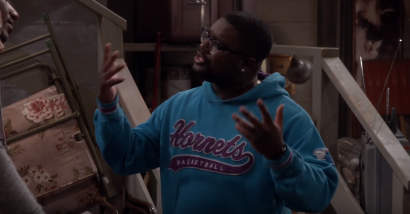 Photo: YouTube The 704 is referenced all throughout the series, including Uptown (including Jerrod and Maxine's dope apartment), Cam Newton sightings and allusions to real-life events. Carmichael himself grew up in Winston-Salem, NC

4. Did we mention Jerrod and Maxine live in a dope apartment?

5. It hilariously pokes fun at how our parents and grandparents deal with technology.

Photo: Tumblr Cynthia asking Maxine where she can watch The Mindy Project was like me trying to show my mom how to edit Facebook photo captions

6. The show has pop culture references for days.

Photo: Tumblr If you're not caught up on your current events, The Carmichael Show will bring you up to full speed from Instagram updates to the latest Queen Bey song

7. We all have that one cousin who acts like Nakeisha.

Photo: Giphy Nakeisha throws the best shade and her one-liners in the series are underrated

8. Plus, she gives us life lessons each episode, such as how to save money.

Photo: Tumblr There couldn't be a better foil for Jerrod and Maxine than Bobby and Nakeisha, especially any scene that Nakeisha shares with Maxine

9. It's gone there on abortion. Photo: NBC Cynthia didn't see eye-to-eye with Jerrod and Maxine when the couple revealed that they bought a Plan B pill. Cynthia flushed the pill down the toilet before understanding the circumstances

Photo: Zap2it In one episode, Cynthia and Maxine went head-to-head against Jerrod and Joe due to their different viewpoints on guns

11. It's gone there on infidelity.

Jerrod was shocked to learn before he and Maxine officially got together, she cheated on her Patagonia-wearing ex with his help! This lead to an interesting, yet well-needed take on the way we look at relationships

12. It's gone there on black folks and religion. Photo: Tumblr Generations collided when Joe and Cynthia were stunned to find out that Maxine was agnostic and was not particularly adherent to one religion. Not only was Jerrod, a practicing Christian, okay with that – he also would rather watch Netflix on Sunday mornings

13. It tackled gender and sexual identity. 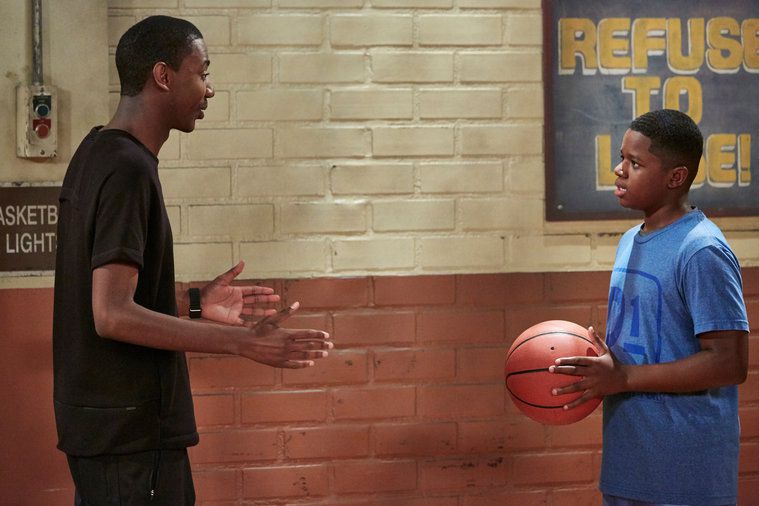 Photo: Vox Jerrod was shocked to find out that his mentee is transgender. Although most shows would stray away from being real about this, we saw Jerrod struggling on how to approach the situation while loving the mentee for who he is. Also, we got wonderful one-liners about Chick-Fil-A Photo: Tumblr Once again, Cynthia and Maxine proved to be unlikely power duo, going out and protesting after an unarmed black man was shot. Jerrod and Joe could not understand why they felt so passionately about it, causing them to check a little bit of their own ingrained anti-blackness

15. It tackled gentrification and black elitism – at once! Photo: Vulture Jerrod and Maxine's nice, posh high-rise apartment building in Uptown Charlotte and suburban stores like Whole Foods are taking over the neighborhood which once had more buildings like Bobby and Nakeisha's apartment, which is located close by. Bobby called Jerrod out for being one of the gentrifiers, pushing them out with their yoga classes and Japanese shaved ice shops

16. It even dished the REAL on how we should treat the legacy of Bill Cosby. Photo: Tumblr Jerrod was confused as to why Maxine was so staunchly opposed to seeing a "farewell comedy tour" headlined by Bill Cosby, saying that the artist's work should be distinguished from an artist themselves. He would come to not view Cosby the same

17. No one has family time like the Carmichael clan.

...and their quality time is accompanied by snuggies!

18. They are on top of the latest eating fads Photo: NBC Kale, anyone? Maxine is definitely your go-to cook if you want to eat healthier

19. Jerrod and Maxine aren't your typical comedy couple. They go through real problems. Photo: NBC The great quality of Jerrod and Maxine's relationship is that they aren't your typical comedy couple, and they are pretty much a reflection of struggles that millennial couples go through

20. The opening sequence is great.

Photo: Oh My Series We are almost fully immersed in an age when instead of opening themes, we get the title card of the series plastered in our face for about 5 seconds before the show gets started. The Carmichael Show bucks this trend with their opening, which is said to have strong allusions to the opening theme of Roseanne

Photo: Babble Seriously. If there is ever a reboot of the classic '70s sitcom, then there should be no question of who should be cast


At this rate, you don't want to miss what else this show will take on! It airs every Sunday night at 9 p.m. on NBC. Join us in live tweeting The Carmichael Show by following @BlavityLive.

READ NEXT: It's time to support Jerrod Carmichael