You'd be hard-pressed to see actor Omari Hardwick, who plays James "Ghost" St. Patrick in the Starz drama Power, without his wife, Jennifer Pfautch, by his side. For fangirls and inquiring minds alike, Pfautch can be found on Instagram today, where she spreads love and positivity and keeps her family prayed up. Here are six things to know about Hardwick’s wifey, Mrs. Jae.

1. She prayed for her husband's opportunity on "Power."

In an Instagram post, Hardwick expanded on an earlier conversation with Ebony, wherein the couple explained that it was Pfautch's encouragement that led Hardwick to take his first starring role. In his post, the actor shared that wifey prayed that he would embrace his “power and dominion,” just before he stepped into his role on the show, apparently, in direct response to the couple’s prayers. Hardwick, previously known for his supporting roles in For Colored Girls and Being Mary Jane, was launched into superstardom with his leading role in the Starz drama, complete with its cult following. An evolution, he writes on Instagram, that he could not have made without his wife.

2. She has a public relations background.

The wife and prayer-warrior got her start in public relations, spending some time at Paradigm Talent Agency, per her LinkedIn page.

The couple, who have been married for eight years, has two children together: Nova and Brave. Hardwick and Pfautch are no strangers to digital displays of affection, with their Instagram accounts offering a bounty of boo’d up pics and other cuddly goodness.

Indeed, Pfautch shares her life generously with her Instagram followers. In between shots of herself and her family, the insta-inspirer populates her feed with empowering pearls of wisdom, insightful calls to advocacy and, of course, undeniable fitness inspo. Indeed, Pfautch eagerly assumes the role of both educator and advocate online, explaining the structural significance of white privilege and challenging her followers to remain vigilant, too.

The mama bear fills her feed with the relatable mom content that is as likely to evoke laughter as it is to command thoughtful silence. Regardless of the particular mood, she assures her Instagram following she won’t hesitate to protect her children. You'd need not scroll too far to validate this claim, as Jennifer makes a habit of censoring Noah and Brave’s faces when sharing photos of the two babes.

6. She publishes all of her passion projects on her own website.

While Pfautch’s Instagram posts compile snapshots of her heart and mind, it’s her website that adds substance to the mom-foodie-fitness guru’s online identity. Her site, mrsjaeh, details her values regarding healthy eating and penned vision for a world of united, empowered women.

It would appear that the singular message that Mrs. Jae aims to spread to her followers, personified by healthy eats and inspiring quotes, is simple: gratitude. 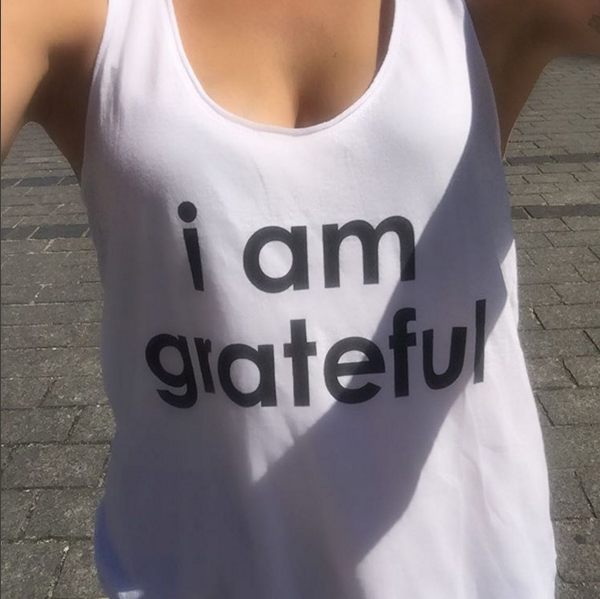