Abraham Attah, the child actor sensation from Beasts of No Nation, has been announced as the newest member of the Spider-Man: Homecoming cast. This is literally the most exciting thing that's happened since my favorite blerd rapper was cast

Attah is the perfect age to play another Spidey in the Marvel universe – blerd favorite Miles Morales. 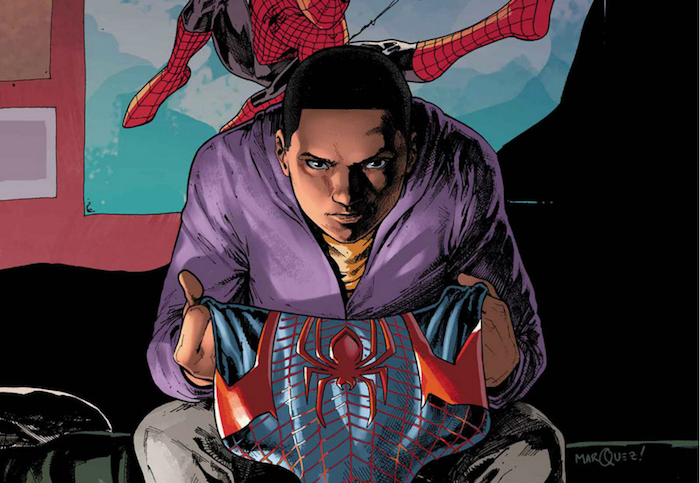 Photo: Marvel Comics In the comic books, Morales is a young Afro-Latin American and Attah is of Ghanaian descent, but I think fans would allow the ethnicity-bend necessary for him to play Morales in the MCU. Although this will be Abraham Attah's first major film role since his critically-acclaimed Netflix movie Beasts of No Nation, he has proven that he's a power house on screen. His performance was full of nuance and emotion far beyond his years, and he would be an amazing addition to the Marvel superhero family, just like Tom Holland
Like with all of the other additions to the cast, Attah's role is being kept under wraps. So, we can't rule out the fact that the young actor may in fact be bringing Morales to the screen. Until more information comes out confirming or denying, we'll have to keep our fingers crossed
Spider-Man: Homecoming is currently filming in Atlanta and is set to release in theaters on July 7th, 2017

Photo: Giphy Who do you think Abraham Attah will play in Spider-Man: Homecoming? Let me know in the comments and tag a Facebook friend that needs to read this.