Am I doing this right? Excuse the mess but my life is in chaos right now

Nine times out of ten the condition of my room is a direct reflection of my mental state, and ten times out of nine, at this moment I am just one unexpected visitor away from a full fledged intervention. My room has been in a state of complete shambles for weeks. We're talking, can't see the carpet beneath my carelessly discarded clothes, partially-read books and random magazine clippings intended for the vision boarding project I had planned for my mentee nearly two weeks ago kind of mess

Photo: gurl.com It all started the day I received notification that one of my most lucrative clients would no longer be in need of consultation as the training recommendations, progressive disciplinary implementation and customized liability forms I had already provided were sufficient to get the small startup off on the right track. Congratulations Eb, you've worked yourself out of a gig! I was so upset with myself for not negotiating a fixed-term contract. What was I thinking? That day the motivation for folding my laundry completely escaped me, so instead I pulled my clothes out of the dryer and into a hamper from which I would riffle every day to achieve my 'wrinkled chic' look
Then, in the span of a few days, came Alton Sterling, Philando Castile, a sniper in Dallas, protests in Baton Rouge and wait...did they just arrest Deray? What is really going on out here? These events were devastating, every one of them deserving of their own reverence. Not to be politicized, played off of one another and certainly not to be pacified with some kumbaya, if we all close our eyes and mind our business it will magically disappear philosophy. I was angry, disappointed and exhausted. These incidents weren't merely headlines. They were my life and the lives of people all over the country who looked like me. Was it really so hard too see us as human? These men weren't just random causalities, they were my brothers, my father, my uncle who still suffers PTSD from the unprovoked blunt trauma inflicted at the hands of rogue police officers back in the '80s before there were camera phones. This was personal 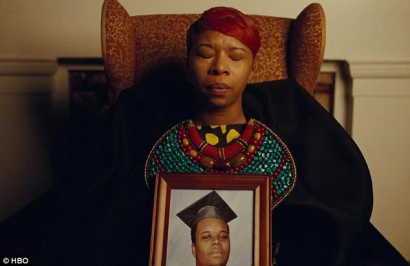 Photo: dailymail.co.uk The combination of racially-charged events, lopsided media coverage and perhaps most disturbing, the blatantly bigoted social media manifestos which revealed troubling insensitivity and even venomous hate within my own social circle, was enough to send me over the edge. That was the day I decided that utilizing every resource at my disposal toward writing and healing and lending solidarity within my own realm of influence was a larger priority than sweeping up the hairs shed on my bathroom floor from several days of afro puff neglect
As if that weren't enough trauma, a day later one of my most far-reaching freelance platforms laid off its team of non-staffers just as I was drafting a political essay for submission to one of my their most highly-circulated magazines. As I assessed my rapidly dwindling portfolio, the state of the country and my financial standing, nothing felt secure. That was the day that it become apparent to me that no exercise on earth was more trivial and ridiculously nonessential than making up the bed. Seriously, what was the point when I was never more than a few hours from kicking loose those neatly tucked sheets and swaddling myself into a cozy burrito
As I drafted query letters to scout for new potential clients and scheduled my online bill payments for the month, I wondered how much longer I could sustain this entrepreneurial grind. By end of week, my room was in total disarray and therefore, on some level, completely orderly in relation to all the chaos happening around me. Every discarded sock, crumbled Kleenex and uncovered tube of lipstick had its place in this personal shrine to the struggle

Photo: mtv.com The walls were the only clear space visible. I stared at them, recalling why I had chosen that soft lavender paint color. It was in homage to the massage parlor that I used to frequent twice a month in Atlanta. Back then, those monthly massages were the highlight of my entire tension-filled life. I remembered gazing at the calm colored walls in that perfectly feng shui'd little massage room and thinking to myself, Five years from now, I'm going to be my own boss. I remembered the subsequent conversations with mentors, the financial planning sessions and uncomfortable period of shameless self-promotion that lead me out of the corporate grind into full-time writing and consulting. I had done it. It wasn't always pretty and it was far from painless, but the plan was working in much the same way that my entire life had somehow worked - against all rational odds
Living in constant recuperation and reassessing my position in what felt like a perpetual state of limbo was exhausting and messy and totally draining, but this was a struggle of my own choosing, and if I wanted to, I could make another choice. I had options that my parents, grandparents and great ancestors before me could never have dreamed of. I was the beneficiary of their struggle. Each generation had laid a stronger foundation for the next and the next until here I was, a woman, an African-American woman in these United States with the agency to choose the life I wanted for myself. Was that not progress? As I assessed my personal narrative against the greater collective one, I realized that maybe there is a time for mayhem. Things get messy sometimes but it always comes together and not just for me but for the collective we. That's the stock we come from. Every time without fail, we always tap into our inner reserve of pull-it-togetherness. It's what we do. In the midst of chaos, hapless casualties and despite persecution, we somehow manage to access that tranquil sense of calm from which innovation, creative solutions and advancement evolve for both our personal and collective gain
Perhaps it's okay to pause and allow myself this time to feel it, but one thing I know for sure is that eventually, I'll clean up my mess...one loose sock at a time 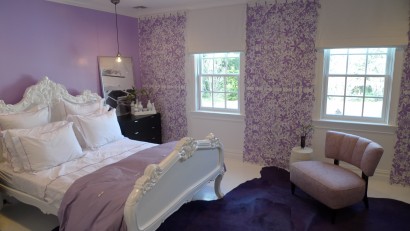 Photo: homede.net   The transition into adulthood isn’t an easy one. Navigating relationships, managing workplace politics, hitting those milestones on schedule— don’t be fooled, no one knows what they’re doing. There will be all kinds of fumbles, blunders and awkward missteps along the way. If you’re constantly wondering to yourself, “Am I doing this right?” Welcome. This is just the place for you.