Tony Award-winning actress, Anika Noni Rose will produce as well as star in a film about Shirley Chisholm, the first woman ever to run for the Democratic Party’s presidential nomination and the first major-party black candidate for President of the United States
In 1968, she became the first African-American elected Congress 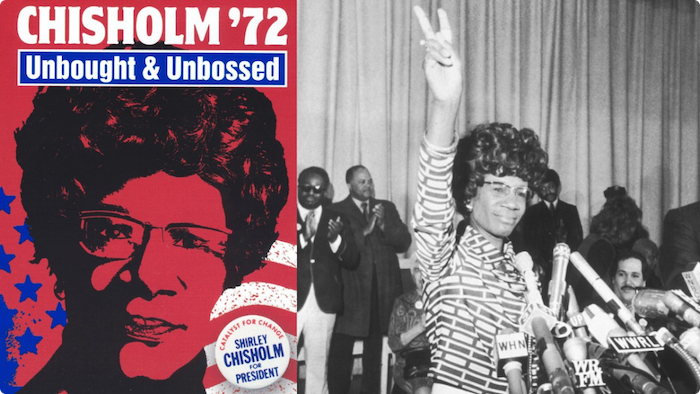 Photo: Shadow and Act The film was first announced in 2010 with Viola Davis attached to the project, but a producer of the project has confirmed Rose's attachment to the project, which is currently in development
"CHISHOLM embodies the keen sense of justice and community, embracing her fold like a warrior," a producer said of the project via Shadow and Act. "Always meticulously dressed, pearls in place, watched adjusted to the second, Congresswoman Chisholm metamorphosed to do America’s business. With a colorful team of cohorts by her side, Congresswoman Chisholm personifies the bold educated Brooklynite with her roots firmly planted in her Caribbean heritage, hurdling humongous odds in a system structured for whites and males only." Anika Noni Rose is a busy lady in Hollywood, recently receiving critical acclaim for her portrayal of Kizzy in the Roots reboot. Rose is also set to star in an upcoming BET scripted series, The Yard


Here's a trailer for the 2005 documentary following Chisholm's historic political career and activism.

Because before Barack Obama and Hillary Clinton, there was Shirley Chisholm.