Dallas Police Chief David Brown believes he has a solution to the problems with law enforcement. Apply for a job
At a recent news conference discussing the tragedy that took place three weeks ago during a peaceful protest, Brown made his sentiment clear
“We’re hiring...Get off that protest line and put an application in. We’ll put you in your neighborhood and help you resolve some of those problems,” Chief Brown said
Since that time, applications sent to the Dallas Police Department have tripled. The department shared an infographic on their Facebook page detailing the statistics 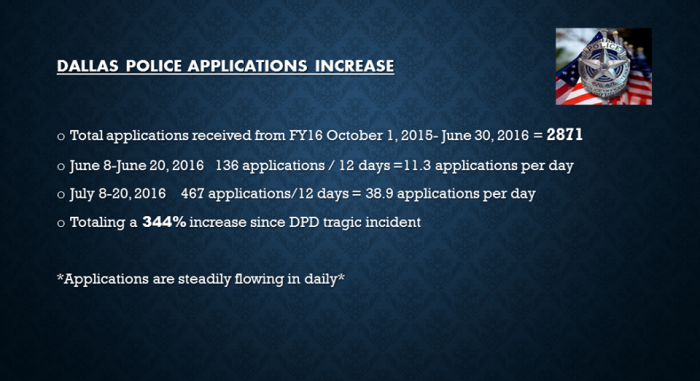 
Here's a look at the Chief's call to action.

Whether you believe that joining the ranks as a law enforcement professional is the answer or not, Chief Brown seems firm in his belief


Never miss a headline! Sign up for our daily newsletter.