7 Black Women Powerhouses In Media That You Oughta Know

Okay, let's state the obvious. Black women are the most marginalized and unacknowledged group of individuals in our world. Since this is a known fact, we must continuously strive to reverse the narrative, educate and honor our own.

According to a study conducted by Select USA, in the United States alone, the media and entertainment industry is projected to make an impressive $771 billion by 2019. This massive money making machine wouldn't be chugging along without the many Black and brown faces (especially women) you may never see in the spotlight, or on your television screen. Here are seven Black women who are running things in this industry, and should be praised for their efforts and hard work.

History maker and now H.B.I.C., Channing Dungey is the president of ABC Entertainment Group. Not only is she the first Black president of ABC Networks, but she is also the first Black person to ever lead a major broadcast television network. Before this, she took a role as a production executive at Warner Bros. Here, she began by developing blockbuster films such as The Matrix, City of Angels, Space Jam, and Rosewood. She later went to develop drama programs such as Criminal Minds and Army Wives. She is also one of the women that we must thank for Shondaland and series such as Scandal, How to Get Away With Murder, Nashville and Marvel's Agents of S.H.I.E.L.D.

So yes ma'am, Mrs. Channing is the bomb. In addition, this brilliant innovator is responsible for the more diversified programming on ABC such as Black-ish and Modern Family. Women like Dungey deserve to be a household name for her valiant efforts. 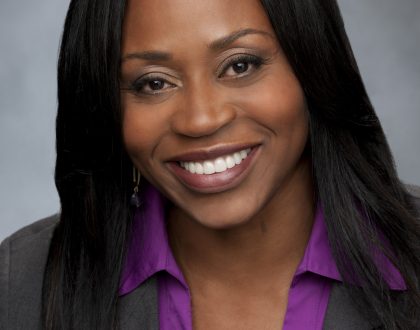 Pearlena Igkowbe is the first Black woman to lead a major television studio. As the president of Universal TV, she single-handedly oversees 24 series including comedies Unbreakable Kimmy Schmidt, Master of None, Brooklyn Nine-Nine, The Mindy  Project and Superstore. She also directs dramas such as Chicago Fire and its spinoffs, Shades of Blue, Bates Motel and Pure Genius, among numerous others. Now she's working on the second installments of the Wizard of Oz: Emerald City. Black royalty at its finest.

Angela Rye is the definition of the Black superwoman. She is a practicing attorney, a scorching CNN political commentator and analyst, and she is the CEO of Impact Strategies, a political advocacy in Washington, DC. She is quickly becoming the nation's favorite on-air personality because of her candid and in-your-face approach. Personally, when I see her rip the heads off of racist politicians (figuratively, of course), the little Black girl in my soul leaps for joy. You can tell that she is truly dedicated to finding the truth and presenting her argument thoroughly so her opponent is silenced. She currently serves on the board of the Congressional Black Caucus Institute, Congressional Black Caucus Political Action Committee, the Women in Entertainment Empowerment Network and the list goes on. This University of Washington and Seattle University of Law alumni is life goals for sure.

One of my personal heroes, Karen Civil is an entertainment force to be reckoned with. This influencer, who started her career as an assistant to DJ Funk Master Flex, used her influence to create a network and enterprise called Live Civil. On her site, which so happens to be a lifestyle brand, she features exclusive entertainment news and interviews with her network of artists, songwriters and industry executives. The bottom line is, just a shout-out from Karen Civil will help your brand to gain momentum. She is one of the Black women in the industry that can "push the button." Civil has worked on campaigns for The Diplomats, Young Money Cash Money and has been featured on notable lists such as MTV's Hip-Hop MVPs, The Source's Power 30 and on the pages of Vogue, XXL, VIBE and Complex. Karen Civil is one the biggest "life goals" of our time.

5. Kimberly Foster – Publisher and Editor-In-Chief of For Harriet

Recently recognized by Forbes "30 Under 30", Kimberly Foster is a force to be reckoned with. While studying at Harvard University, she founded For Harriet, a cross-platform digital community for Black women that reaches over 2 million visitors a month. Since its founding in 2010,  For Harriet has grown into a major hub for Black women venturing into journalism and storytelling. This groundbreaking digital platform has been featured on HuffPost Live, MSNBC's Shift, in the New York Times, Ebony.com, and our beloved BET.com. Kimberly continues to write for major publications all over the world, and travels regularly, encouraging college students all over the country. Can we please give this girl boss her props?!

It's going to be hard for me to keep this to just a few sentences, but Shameless Maya is a trailblazer in lifestyle blogging. As a struggling creative in New York, Maya challenged herself to shamelessly promote herself for 365 days. That challenge sparked the #BESHAMELESS movement, which inspired hundreds of subscribers to create content sharing their true and authentic selves with the world. With this, she established herself as a trusted voice in every subject such as health and beauty, camera and tech tutorials, cosplay and, of course, inspirational videos that will help any young woman wanting to make her dreams come true. Even though she's successful on the web, YouTube isn't her only hustle. Most recently, she has collaborated with brands such as Target, CoverGirl, the Google Store and served as the art director for Prince's Art Official Age Album. With over 800 thousand subbies on YouTube, and countless admirers (like moi), Maya Washington continues to inspire and rock the entertainment industry with her innovative videos and creative work. She is definitely a girl boss to watch.

So if you haven't been living under a rock and you consider yourself a Black millennial, you have to know and love Crissle West. She's an outspoken social and pop culture commentator co-hosting The Read podcast. On this podcast, that has reached 150 thousand subscribers in just two years, she fearlessly tackles social cultural topics ranging from The Real Housewives of Atlanta and Donald Trump's debauchery of a presidency to Queen Bey. She also hosts an hour-long music block as a connector for Apple Music's Beats One Radio, and serves as a reoccurring guest on MTV2's Uncommon Sense. Crissle is taking the entertainment industry by storm simply because she is so real. The way she speaks from the Black perspective is unparalleled, and I don't know any commentators that speak as honestly as she does. I look forward to seeing more Crissle on television, but you can always catch her on The Read every week like I do. Crissle is a role model for young women, and her commentary encourages us to be uncensored and untamed. Crissle, we love you!

Do you know of any female boss super humans I missed? Let me know below!