Photo: YouTube This brave and legendary move by Teresa wasn't planned, it was an act of sheer impulse. "I don't even think I thought about it really, I just jumped out," Tess told The Local. She says that while standing there she thought to herself, 'Oh shit, maybe I shouldn't have done that, I want peace and quiet.' Tess, who's a known anti-racism activist was in the town of Borlänge by no chance. She was protesting the very march that she courageously interrupted
These neo-Nazis call themselves the Nordic Resistance Movement and are known for targeting anti-racists. Many of their members have been convicted for violent crimes. Their far-right ideologies are both anti-semitic and anti-refugee, falling on the more extreme side of the spectrum 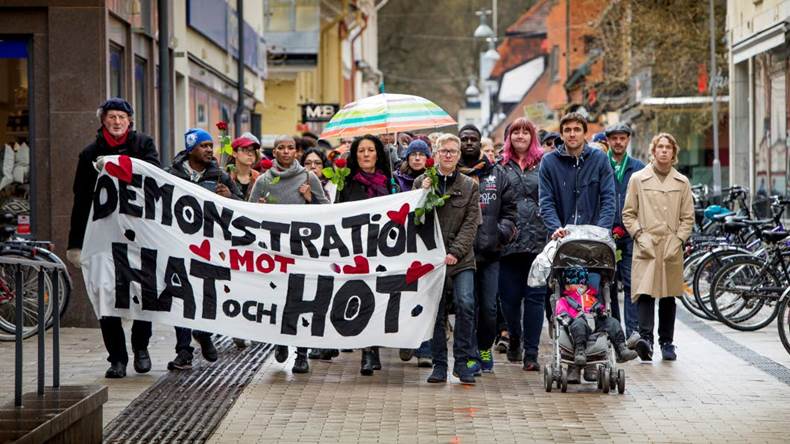 Photo: Facebook Racial tensions have been growing in Sweden for quite some time now. In addition to the black-white dichotomy, an influx of refugees has led to an increasingly anti-diverse Swedish society. "Racism has been normalized in Sweden, it's become okay to say the N-word," Asplund told The Guardian
In 2014, the United Nations defined Sweden as having an issue with 'Afrophobia' plainly known as hostility towards people of African descent
Though racism may be Sweden's new norm, Tess isn't standing for it.  The activist's involvement with a movement that defends refugees in Sweden began long before that day in Borlänge. Her past work as an activist has involved the Asylum Movement Stolkholm which aided in barring more than a dozen deportations in 2011. She's even taken to social media to vocalize opinions on Sweden's anti-refugee policies

Tess is a bad-ass and of course, social media didn't let her #BlackGirlMagic go unnoticed.

Tess Asplund, I love you pic.twitter.com/gqvbQ0VeO9 — Cassandra Koll (@CassandraKoll) May 4, 2016

In my town are two statues of named women
I suggest this picture of Maria-Teresa Tess Asplund as basis for a third pic.twitter.com/BDVN9OA0CE — Janaina Rudberg (@JanainaRudberg) May 3, 2016

Keep fighting for what you believe in, Tess! 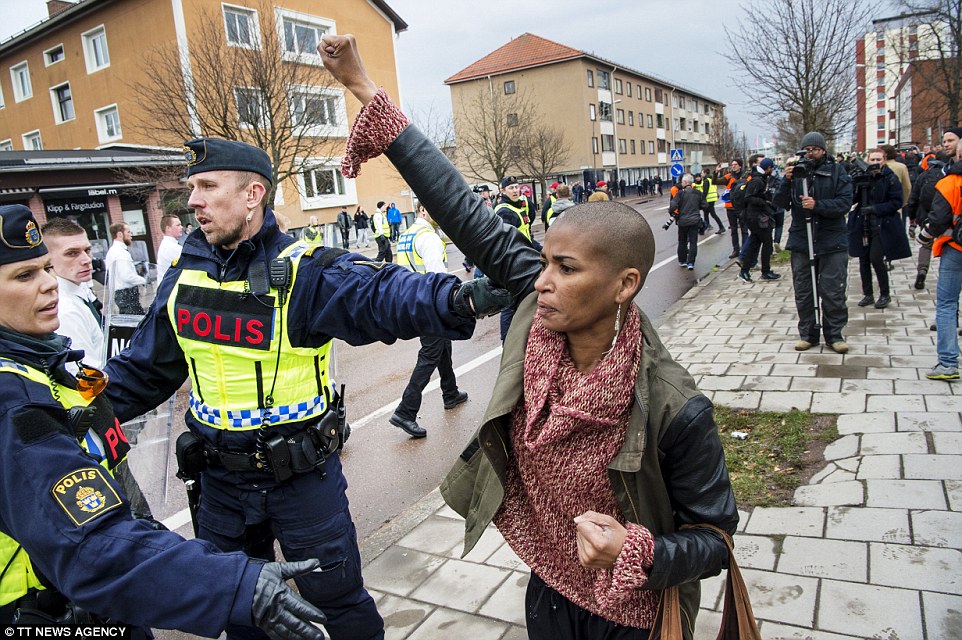