Recent comments from Erykah Badu have sparked outrage from her fans. Read her series of tweets below: 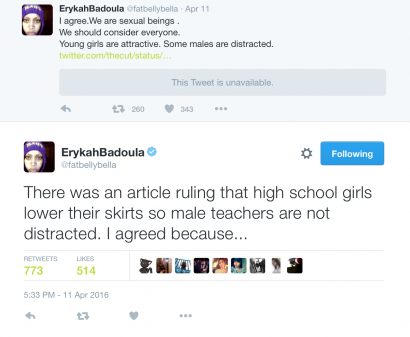 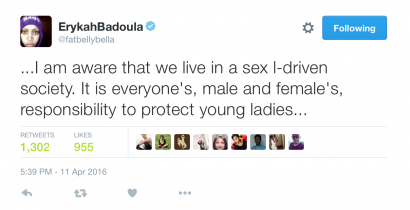 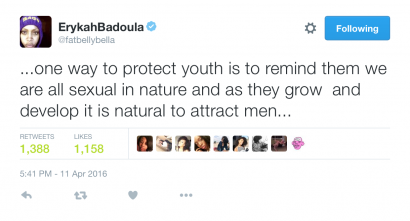 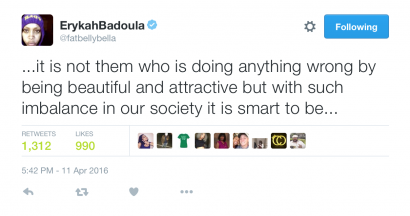 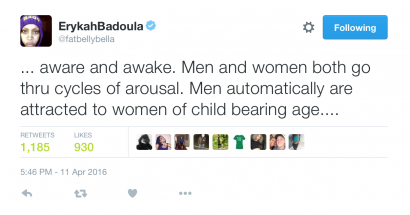 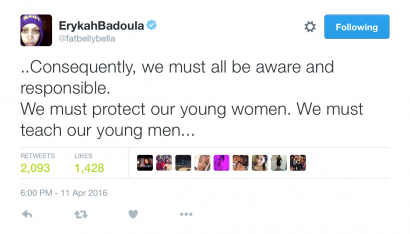 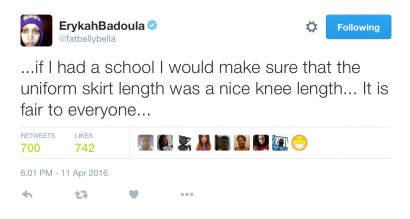 Okay. So some of y'all are upset. Badu's comments have brought a continuing conversation to the forefront around policing women's sexuality and victim blaming for the actions of men against women. It's true that no woman's attire (or lack thereof) is to blame for any male's sexual aggression, inappropriate language, or abuse toward said woman. I personally don't believe that a man's purported behavioral makeup makes me a culpable party in his actions toward me. I especially feel that biology isn't some flag to be waved, excusing or empathizing with predatory males on young girls. This is problematic thinking. Are you with me so far? Okay. Here's are questions I will pose to you:

WHO IS ERYKAH BADU?

Not the singer. Not the songwriter. Not the fashion icon. Who is Badu, the human being? What are her core values, what are her fears, how was she raised, where do her trains of thought lead her — hell, what's her favorite food? I don't know. You probably don't either, yet across our community there is an associated "Queen of Woke" crown attributed to Ms. Badu. Why? We can assume that her personal value set is reflected in her music, but we can't confirm. The advent of marketing and branding has made many the uplifted icon, but did Marcus Garvey have a PR team? I'm just sayin', y'all! Even if her art is reflective of (some of) her beliefs, Badu the human — like all of us — is a complex and fallible being. If we assume that she shared our core values and someday discover that she doesn't, does that invalidate her art and the depth and meaningfulness with which it affected the culture? If public opinion says that Badu is not 'woke,' will we now sleep on everything she's done and will do? 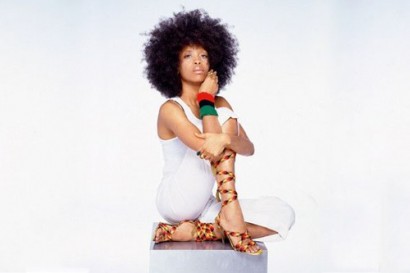 We can take issue with Badu for what she says because she is speaking on a public forum, and therefore opening herself up to critique. We should also reflect on why we put so much stock in the perception of who we think she is. Celebrity is an image we choose to deify, a narrative we continue to exalt in our minds, never knowing what is true and what is not. Modeling ourselves after or making goals attributed to famed musicians, actors, artists or athletes becomes an issue when we're looking at people instead of achievements. Why do we say, "I want to be like Oprah" instead of "I'd like to change the landscape of modern media?" I don't know Oprah. By her achievements, I can assume that she's smart, ambitious and persistent. I assume nothing about who she is as a person, yet many would find no problem in making her the benchmark of personal and professional success.

Where do we draw the line between the propped up person in our minds whose work might have great meaning to us and the reality of the human being? Because we have to start drawing that line. Call out Erykah Badu's comments when you don't agree, but let's stop acting like we're all woke, all the time. This is a teaching moment, for her and for us, so let's all — as India Arie sings — come back to the middle.

What do you think about our idolization of celebrities and Badu's comments? Let us know in the comments below!

READ NEXT: Erykah Badu visits Newark school and stirs the Twitter pot with her Baduizm