The third annual Afrikan Emancipation Day Reparations March to Parliament kicked off in London Monday. This year the march will end at the Parliament where organizers and supporters plan to hand in their "Stop the Maangamizi: We Charge Genocide/Ecocide" petition, recognizing violence by the British state against Afrikan people worldwide 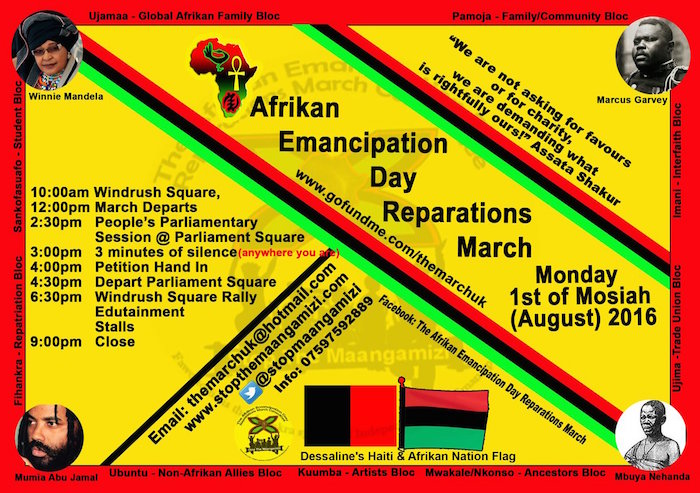 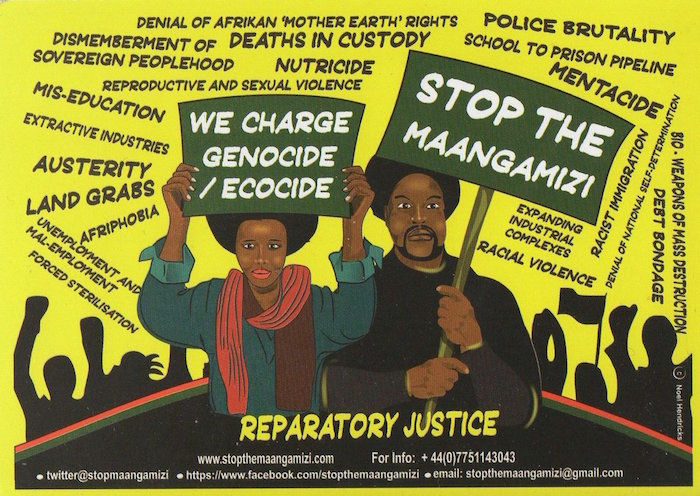 Hundreds of demonstrators shut down the streets of London to support the cause.

Hundreds of people taking part in a march from Brixton to Parliament Square #ReparationsMarchUK @CarlEarlOcran pic.twitter.com/9fNELp0vFT

Here are a few aims of the march: You may see some similarities here between the United States and those in Great Britain, confirming that racism is global


Protestors held signs protesting police brutality that is a part of their daily racial discrimination.

Check out this video to see why the movement is so important.

Stay connected with everything Black Twitter, news, and the best content on the Internet by signing up for Blavity's daily newsletter.