Davontae Sanford pleaded guilty to four murders at the age of 15 back in 2007, the thing is, he didn't commit them
A Detroit judge ordered the man, who is now 23 to be released after the state took another look at the case. Sanders confessed at age 15 to committing the crimes when he was 14. Sanford's family says he is developmentally disabled and his confession was forced by police, without a guardian or attorney present during the interrogation. He was later convicted of second-degree murder
In a surprising twist of events, a hit man came forward clearing Sandford's name
The real killer, Vincent Smothers, told police that Sanders had nothing to do with the crimes that took place at a drug house. Smothers is already serving a 52 year prison sentence after pleading guilty to eight other murders 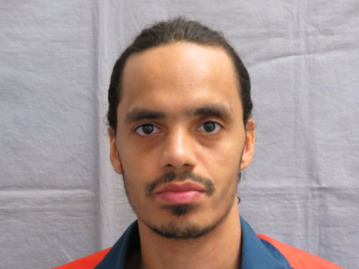 Photo: Michigan Department of Corrections "I have nothing to gain from testifying about my commission of the Runyon murders," said Smothers. "I only want to tell the truth in order to prevent an innocent kid from serving time for crimes that I committed." The judge agreed to vacate Sanford's 2008 conviction. Despite the confession, the actual agreement to clear Sanford does not mention Smothers. By contrast, state police admitted to glaring issues in the work done by a Detroit police official in the Sanford case

READ NEXT: See This Artist Tackle What it Means to Learn While Black