Kerby Jean-Raymond, New York designer and friend of Erykah Badu made a bold statement during last year's NYFW when he dedicated the entirety of his last season to the Black Lives Matter movement. This season rings much of the same
Worries of being labeled as the designer that only knew how to base his talent off of a political standpoint began to creep into Jean-Raymond's mind, bringing about a crippling depression. Jean-Raymond told Mashable, “I just felt like you kind of accidentally typecast yourself by speaking out. Was I going to be defined as a black person first, designer second?" But in creating his second collection titled Double Bind, which grabs the taboo topics of mental health and depression by the neck, Jean-Raymond was able to free his mind through the love of his art, as a true creator, while the presentation was styled by none other than Erykah Badu
To highlight her very hands-on approach, Jean-Raymond said, “It wasn’t just her putting her name on this project, she was tying models’ shoes as they came out of the runway." 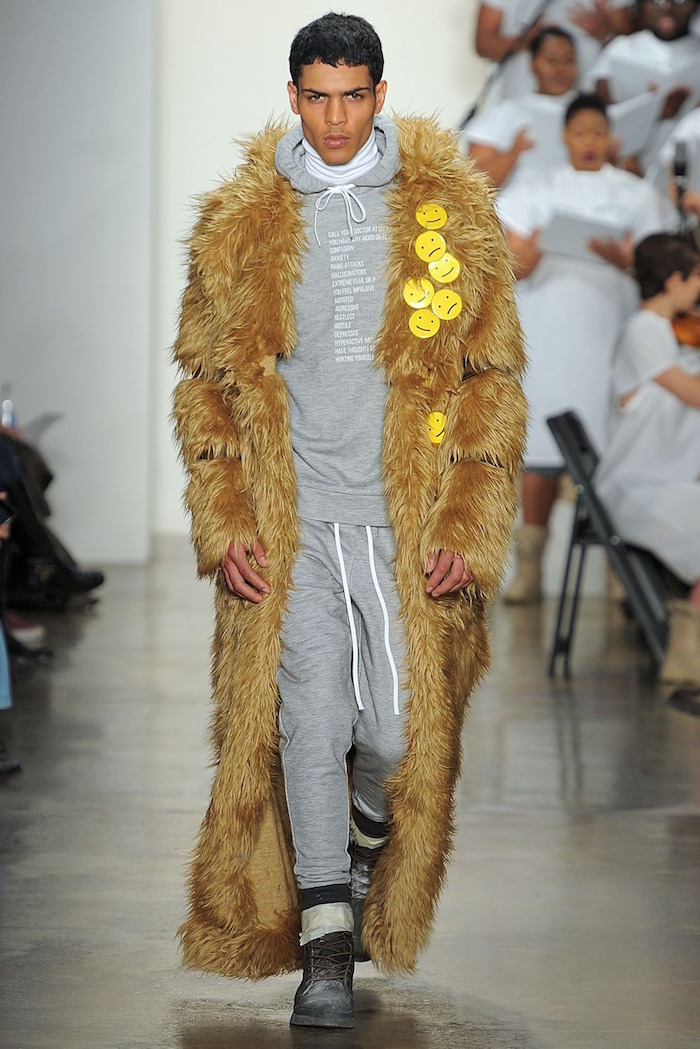 Photo: Pyer Moss “This was important to me as the whole world is depressed," Badu said. “We don’t discuss mental illnesses enough but we do numb it. The theme, 'Double Bind' means two conflicting ideas, similar to bi-polar or depression."

This theme arrives just in the wake of activist MarShawn McCarrel's suicide last week. His legacy and the outcry he posted to Facebook just hours before his death were spotlighted for all to bear witness
In creating the look for this season, Jean-Raymond made it clear that he wanted "to show that we need to speak out about [mental health] until it’s too late."

READ NEXT: Black-ish Takes on Police Brutality in an Upcoming Episode