In the black cultural experience and dynamic, those who are mixed race or 'mulatto' by antiquated racial stratification and historical standards, have and continue to experience various prejudices, questions and biases surrounding their racial identity and how they define themselves. The historical reference of 'mulatto' derives from the word 'mule,' which is a mix between a donkey and a mare. The derogatory term was used to refer to children who are the offspring of a “pure African negro” and a “pure white.” Used by white supremacists as a means to divide, 'mulatto' as a racial stratification has caused many who are of mixed-race heritage to struggle with their identities and, ultimately, their overall place within American society.

A new web series called Evoking the Mulatto is examining such racial binaries by focusing on black mixed identity in the 21st century through the lens of the history of racial classification in the United States. Created and directed by Lindsay Catherine Harris, a Brooklyn-based media artist, activist and educator, the series is a multiplatform interactive video art project that seeks to shed light on the issues of self-identification and self-definition of the biracial body by navigating individuality within the black/white binary.

Featuring filmed interviews with young artists and activists, the series seeks to address a relevant contemporary issue of mixed-race identity in American society in respect to the legacies of the 'mulatto' and racism; their personal experiences of battling with their mixed raced identities and the racialized and sexualized violence of the 'mulatto' past. 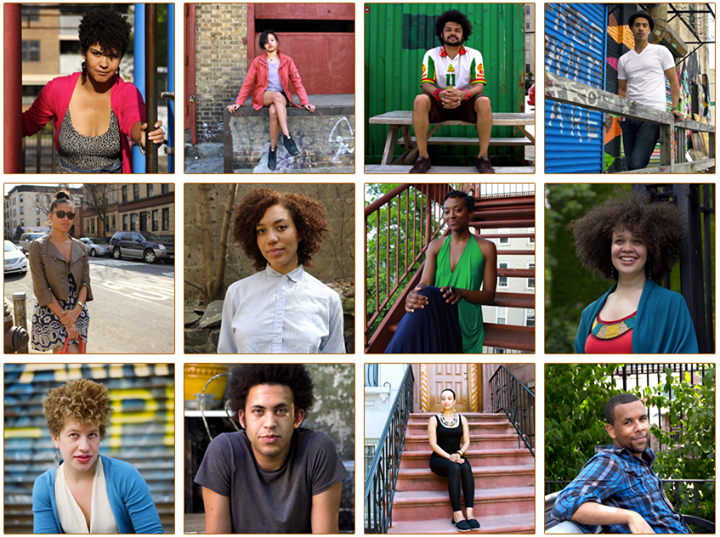 “[With the word] 'mulatto,' there is so much history with that word and how we use it,” said Harris, who is also featured in the project.

“I don’t propose to reclaim [the word] in anyway shape or form, but I believe that we should acknowledge the history that the word represents and it represents the United States and the violent past that we have,” she continued.

“I would say I am black. I would never say I am just white due to the knowledge of the history of black to white racial passing in the United States and [I don’t want] to replicate that,” Harris said in regards to how she identifies herself.

“Being mixed raced with two conflicting races, “other” is the best way to define myself,” said Bryant Eli Koger, a Brooklyn-based artist and designer.

“It’s such an odd blend — being [mixed with] black and white — because there is so much hatred over many years between the two,” he said.

“Race isn’t a technical scientific definition of anything — it’s a social construct,” said Kaliya Warren, who is a filmmaker.

“I thought it was kind of misleading to say that I am “biracial” because that kind of clearly puts me in a [place] that I am two different races — I am “half-white” and I am “half of this” and this is what it looks like when you put it together,” Warren said, “And it is so much more complicated than that.”

For more on the Evoking the Mulatto series, visit the project's website here.

READ NEXT: Here's what it's like to find your identity as someone of mixed heritage

Jaimee Swift is a journalist, activist and on a never-ending quest for equality. She has been published in The Huffington Post, Okayafrica, The Grio and more. You can follow her on Twitter at @JaimeeSwift.