The Maze is a documentary that explores a side of the Ferguson narrative that you're unlikely to see being told by mainstream media. A year after Mike Brown's death, filmmakers Anthony Orendorff (AO) and Quameiha Raymond-Ducheine (Maya) went to Ferguson with a burning passion to SERVE the Ferguson community the only way they knew how – through their art. Their passion to tell Ferguson's story sparked from an encounter that the pair had with a police officer in the city of Syracuse, where they both attended school
"We had an incident on campus where police officers were acting aggressive," Anthony recalls. "Maya calmed me down from getting into it with them. She said things to me that my mother would say." It was then that their shared passion about social issues erupted and Maya and AO became family
The protagonist of the film is Thomas Moore (Tommy Kool), a young black man living in Ferguson. His perspective as a black man is one that perhaps is of the upmost importance. The duo carefully chronicled his life for a year through death and growth in a Ferguson that we have never seen. "It's visible why people who not from here, don't understand the people who are from here," says Tommy in the trailer
In an effort to learn more about the film, I sat down with Maya and AO to talk about their experience making The Maze 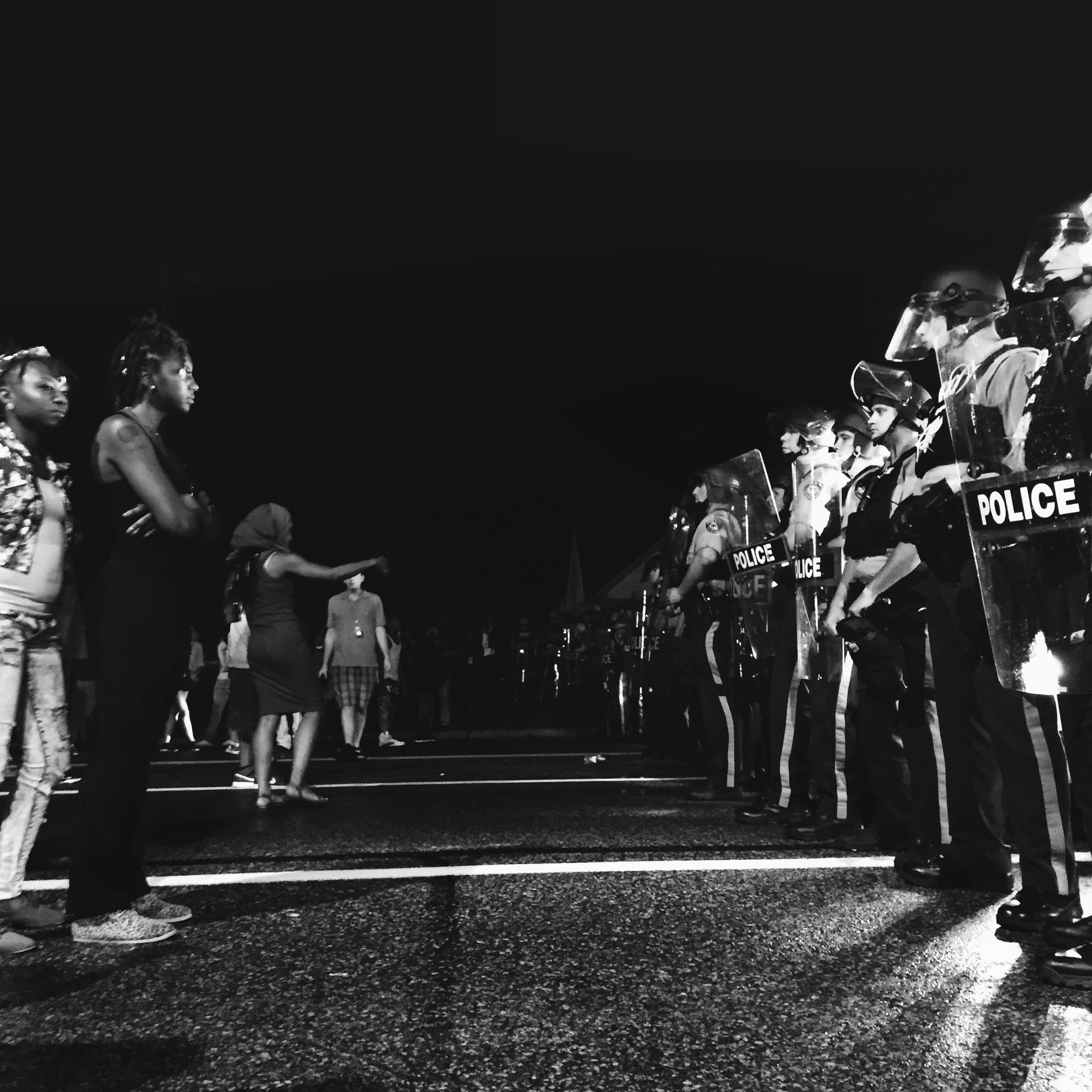 Blavity: Tell us about your first time in Ferguson.

AO: The first time was the one-year anniversary of Mike Brown's death. That night was pretty crazy. Fresh off the plane, we went right into the streets, into a protest on Ferguson Avenue, and we automatically felt an odd vibe. You could tell something was going to happen and you weren’t sure what. We were trying to be respectful of the people and what happened to them. We didn't go to sleep because someone got shot and killed there
Maya: Protestors yelled out their emotions in an effort to the make the police understand their side. It was obvious the people just wanted to be heard. As soon as a mother said "I do feel safe, I don't expect them to gun us down out here," gunshots went off. The police had shot and killed another young man. I remember thinking, "I feel like I'm in the 1960s."  I was like, "is this really worth dying for?" Anthony was really good at sensitivity in a moment like that. We had to be respectful and put our cameras down and just experience it first-hand. I got there earlier during the day and it was a different experience. The community welcomed us. People performed. I listened to people sing and dance. We got to hear from people across the country who lost their family to police brutality. It was a true sense of community there. Later on, there was another peaceful protest that was very diverse 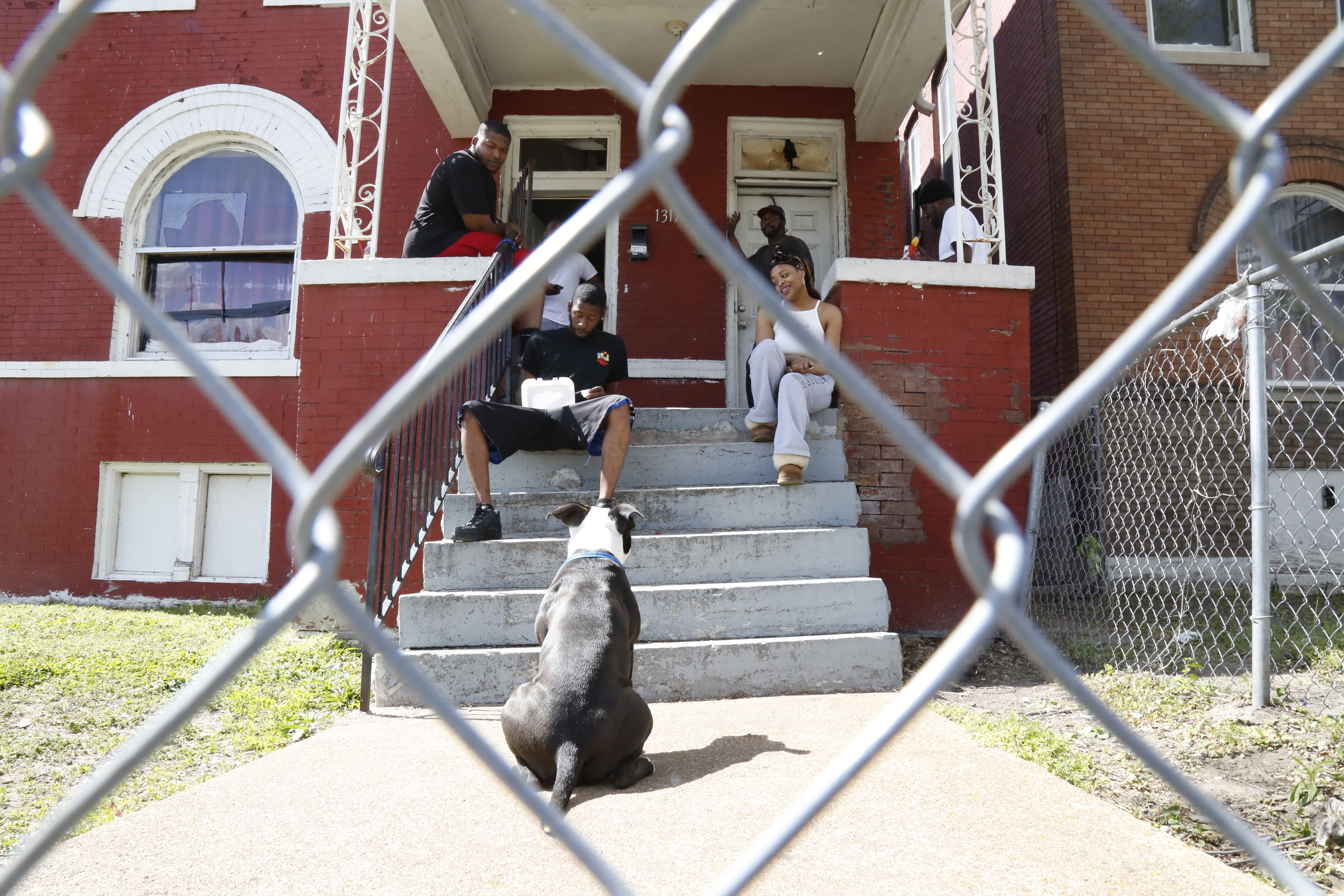 M: The story follows a young man named Thomas Moore – "Tommy Kool." We met him one of our first nights in Ferguson. I just walked up to him and his crew and just started talking to them. Tommy is very charismatic, he’s like a big teddy bear. It follows his life, post-experience in Ferguson, after the death of Mike Brown. We go into his home and a couple months later his younger brother accidentally shot himself, and we watch Tommy mourn his brother. An entrepreneurial spirit emerges during his healing. At the same time, there are supporting characters such as his cousins, navigating their lives as you black men and women


B: How has being in Ferguson changed your perspective on your own, respective hometowns, if at all?

M: Filming in Ferguson has made me realize there is no difference between black people in Atlanta, LA, NYC or St. Louis. We experience the same struggles, but somewhere along the line, we forgot that we don't have to go through those struggles alone
A: What’s happening in Ferguson is not much different in my community. There is high tension between the people and LAPD. Although St. Louis had beautiful differences, it brought me hope when three people from different cities were able to relate, empathize and think about new ideas on how we can handle issues. Growing up Latino in L.A., there was tension between blacks and Latinos. The thought of us unifying instead of fighting each other has always given me goosebumps. I think through this film, no matter what neighborhood  you represent, there is a piece of your home that is in here. I hope one day we bridge our communities together while still representing and embracing our own 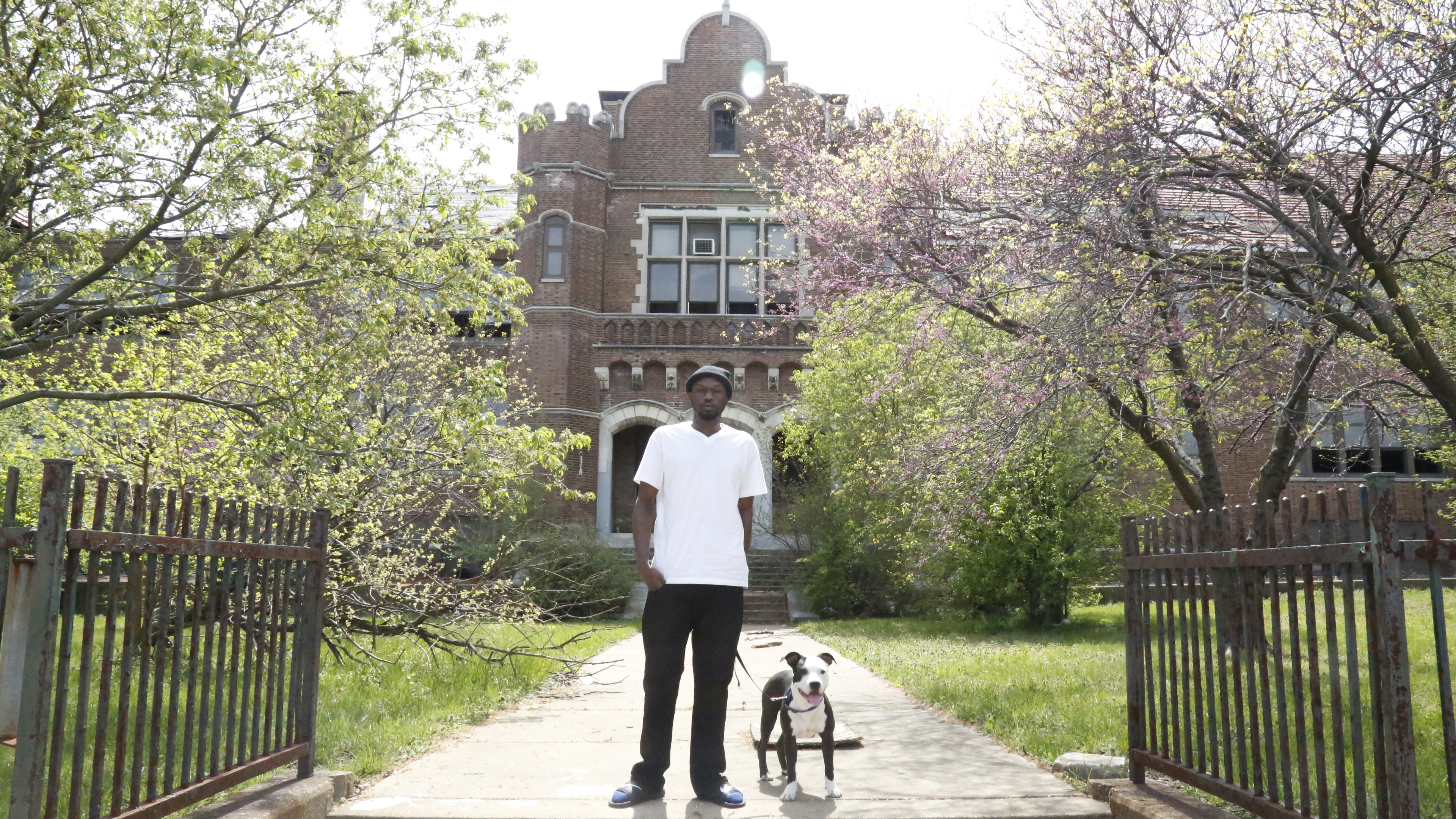 B: What's so special about The Maze? Why should people watch it?

M: Thomas Moore and his family make the film special. Their vulnerability, courage and sense of humor take the film to another level. One hears "a documentary about Ferguson, Missouri," and there are certain images that come to mind. This film is special because it goes beyond those standard images. We were lucky to get such great access into Tommy's life. I promise you, you will not see this type of material on CNN or MSNBC. It's just too real, and that is exactly why people should watch it
A: Worldwide attention was brought to Ferguson because of the death of Michael Brown. Almost every major and local media camera was in Ferguson for the anniversary and protest, but shortly after the cameras left. How many times do we witness a tragedy and wonder what happened? We didn't want this issue to be a trend, we wanted to go to Ferguson when the cameras left. We wanted to give the community of Ferguson and the people a true story about the people in the city and what is going on in daily life in St. Louis, even after the tragic death of Michael Brown. Trends are quick and healing takes time. Healing also takes patience and care 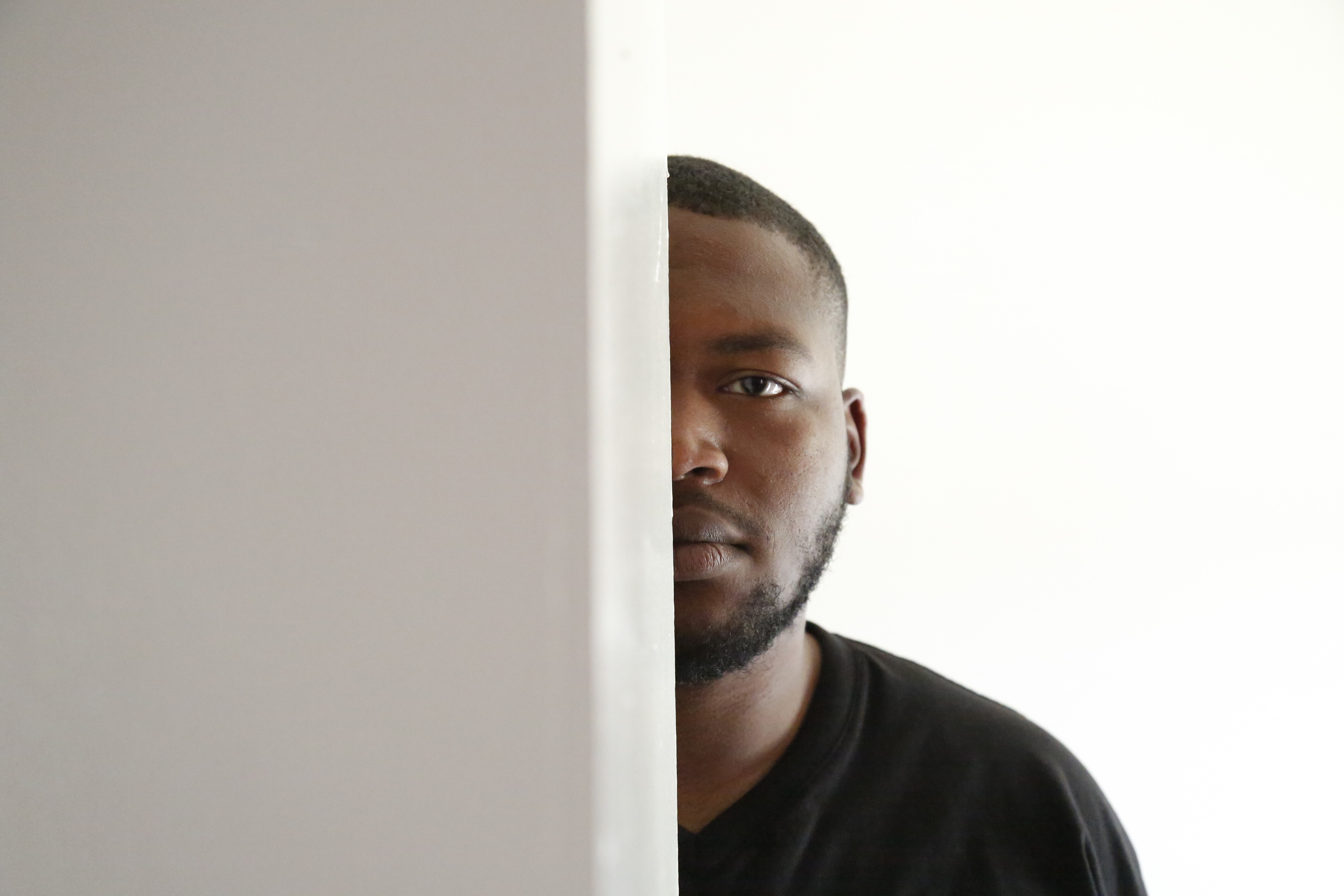 B: How has telling Tommy's story changed you?

M: My mother passed away a year ago. Since then, my family became my top priority. Observing Tommy and his family and how they care for and support one another has made me cherish my family even more. Making this film has broadened my definition of family. I think black people need to start seeing each other as family. Only then can we care for and support one another the way we need to
A: This film taught me how powerful it is when people from different parts of the world can have a conversation. The power of communication is so underrated and we are not using it to its full potential. This film serves as an eye to an important piece of America that people who are not from there have an opinion. This short piece will allow you to understand rather than judge

Ultimately, the film is "about humanity," says the filmmaker duo. "It's about holding on to the things that matter in this chaotic world."

READ NEXT: Black Twitter reflects on Ferguson with #FergusonTaughtMe