Life and responsibility are the hallmark of a strong family unit. You can choose to make a life for a family, or run from the responsibility. And that sentiment holds whether that family is by blood or by choosing. Take Good Times, for example


Next Up: Willona Woods 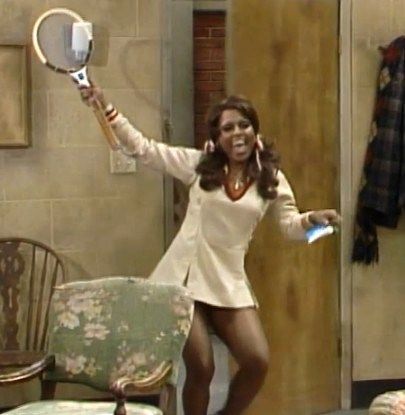 Photo: CBS Let it be known, Good Times matriarch Florida Evans (Esther Rolle) sits on the throne of television's Black Girl Badassery. Evolving from a Maude spin off, she held down the family unit in a system unintended for her benefit with and without Mr. Evans. But, it takes a village to get through the good and bad times. When husband, James Evans (John Amos) met his unfortunate demise, Willona (Ja'net Dubois) showed up and showed out to serve as a best friend should
Foxy, vibrant and downright vivacious, Willona was the life of her own nonstop party. (Just listen to her sing the theme song for 'The Jeffersons', mother stayed LIT!) The secret sauce of any great sitcom contains pop up visits from neighbors who never knock. Willona, barged right in on every occasion to bring an eclectic vibe to a family just trying to keep their heads above water. Unmarried and childless women were rarely presented on television in the 1960's and 1970's. Society, even today, seems to cast judgement on women who haven't begun a family past a certain age. While today, being single with other ambitions outside of marriage and a baby is more acceptable, earlier generations found this kind of woman to be damaged goods. The writers and producers at Good Times made it acceptable for a woman, Willona, to live the single life and shop around for options. Despite her solitude, Willona was far from unlovable. She hired and fired "jive turkeys" at the speed of a raging locomotive. You see, Willona's character is proof that you don't have to settle. She kissed many frogs, but ultimately it would be Penny who would forever have her heart 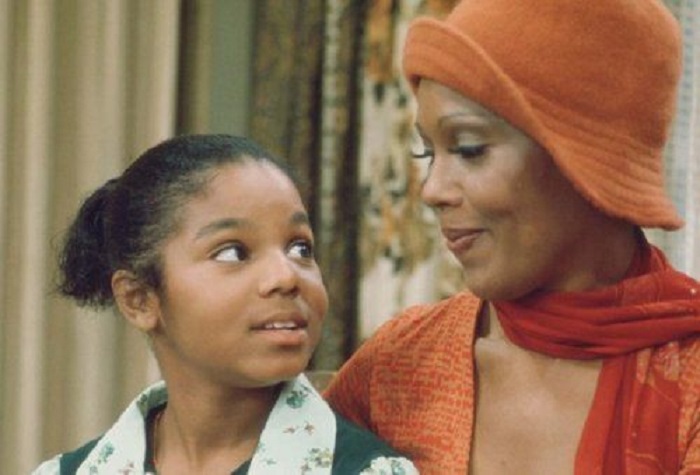 Photo: CBS Willona served as the Evans family support system ultimately moving up in the ranks from neighbor to matriarch due to James' death and Florida's second marriage to Carl Dixon (Moses Gunn), which sent her character to Arizona. While things appeared copacetic on-screen, Amos and Rolle had walked from the show. Rolle to reappear in the sixth and final season. By the start of season five, the show moved into a new direction, introducing bubbly soon-to-be orphan, Penny Gordon (Janet Jackson). Willona's immediate compassion and concern for Penny's well-being makes her a true bad ass 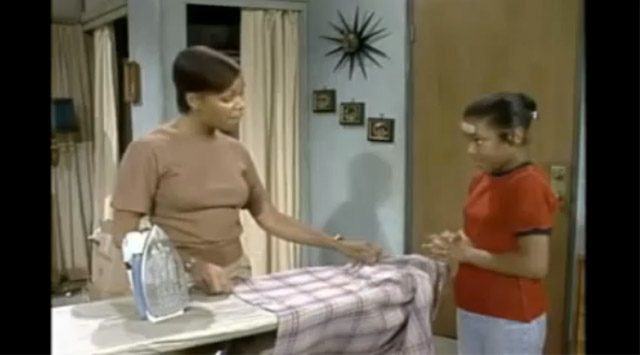 Photo: CBS All the signs were there. Bruises and excuses. Even with a big bandage on her forehead, Penny's child abuse went unnoticed or at least, untreated. Thanks to her curiosity and instant attraction to J.J., Penny waltzed into the Evans' lives in an emotional, four part event that would begin a series of real-life discussions about neglect and child abuse. Even when Willona took Penny to see a doctor about her broken arm and bruises, he wouldn't intervene. So, Willona took matters into her own hands. Ms. Gordon (Chip Fields), resenting her daughter Penny for life as a single mother and the countless men that have walked out, refused to admit she had a problem. Her mother's misplaced anger put poor Penny into a boxing ring where she would be no match. Viewers to this day cringe at the classic iron scene. A young Janet pulled off such desperate dialogue pleading, "Oh no, mama. Please!" as she backed into a corner. The scene fades to black leaving your imagination to ponder the worst. A child intentionally burned by an iron
Willona's powerful response to Ms. Gordon's justification for harming Penny is one to remember
With folded arms and an emphatic tone, Willona says, "Big deal, I was raised without a father. My mother didn't go upside my head...Honey you don't own the rights or the patent on scuffling. I've been on my own since I was 16 years old." As the scene plays out to a point where Ms. Gordon appears to be coming to her senses, she enters an elevator as the doors closed, leaving Penny behind. And it was Willona who stepped up to the plate to be a mother to a child who was now rightfully hers for the nurturing
While this wouldn't be the last appearance of Ms. Parks, Willona continued throughout the series to remain true to herself and her new responsibility as a mother. With the outside conflict and contract disputes for the Good Times family unit, these moving episodes might have saved a few young lives in real-life. Hollywood and Willona sent a message that child abuse is never okay

Willona is the hero every abused child deserves.

"Biology is the least of what makes someone a mother." - Oprah