Kai Niambi Kitchen graduated from Hampton University in May and planned to return home to her family this month. On her recent journey from Hampton, Virginia to Los Angeles, Kitchen never made it out of the state. Her mother says she was stopped July 3rd three times in 30 minutes by the same police officer in Dublin, VA. The officer arrested Kitchen and as of Wednesday, July 6th she is currently being held without bond on a class 1 misdemeanor charge for “reckless driving 20 mph or more over the speed limit—limit is 30 mph or less"


On Monday night, her mother took to Facebook telling the story of what happened, asking the community for help. 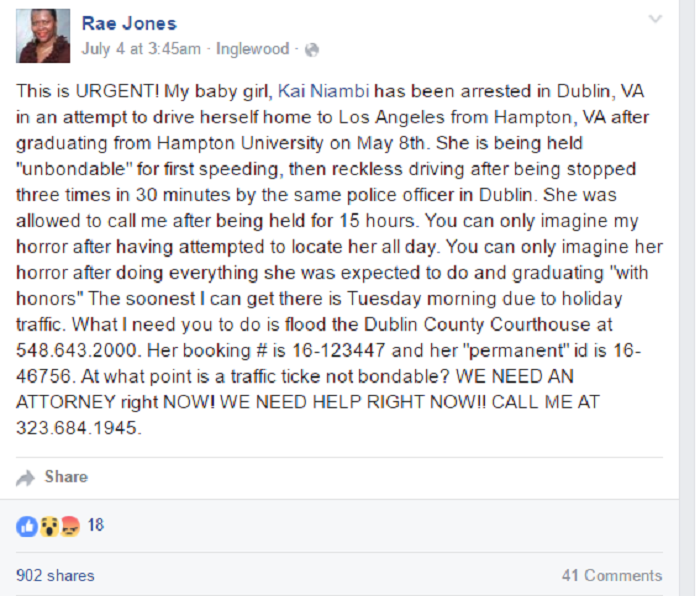 Photo: Rae Jones / Facebook Kitchen's mother made plans to arrive in Hampton on Tuesday and there have been no further updates to the story. On the inmate registry, a court date has not been listed. Kai Niambi was an honor student known for her spoken word and promising future. This story serves as a reminder that maybe Jesse Williams was right, freedom is "conditional"