"I just never dreamed that I would be credited with achieving as much as I did." -Raye Montague told Good Morning America.

Hidden Figures has been an inspirational movie in more ways than one. Not only has it taught people especially little girls that there is a place for you in any career path but it has brought out other history making heroes that we never heard about growing up. Katherine Johnson, Mary Jackson, and Dorothy Vaughan broke barriers but they weren’t the only ones.

Raye Montague, a native of Little Rock, Arkansas, made history in the U.S Navy as the first person to design a ship using the computer and was the first female program manager of ships in the history of the Navy. Montague, now 82, emphasized that this position was “the equivalent of being a CEO of a company.”

"I faced a lot of the same barriers that those ladies faced," Montague told Robin Roberts on "Good Morning America," stressing the fact that she grew up in a segregated South and never saw an engineer that looked like her. She wears the title proud that she shattered that glass ceiling as a black woman in the then male-dominated Navy.

She recalls being 7-years-old and her grandfather took her to see and go inside a German mini-submarine that had been captured during WWII. An excited Montague said to the guy, “'What do you have to know to do this?' and he said, 'Oh, you'd have to be an engineer but you don't ever have to worry about that,'" she recalled. "I didn't realize I'd been insulted."

Raye Montague went on to earn a bachelor of science degree in business at the Arkansas Agricultural, Mechanical and Normal School, but could not acquire an engineering degree due to her dream school not accepting minorities at the time. Today, Montague is a registered professional engineer in the US and Canada. She would go on to spend 33 years as a civilian Navy employee, learning engineering skills on the job while attending computer programming school at night. During the Nixon administration, Montague’s remember her boss giving her department one month to use a system she developed to design a naval ship. She completed the task in under 19 hours. 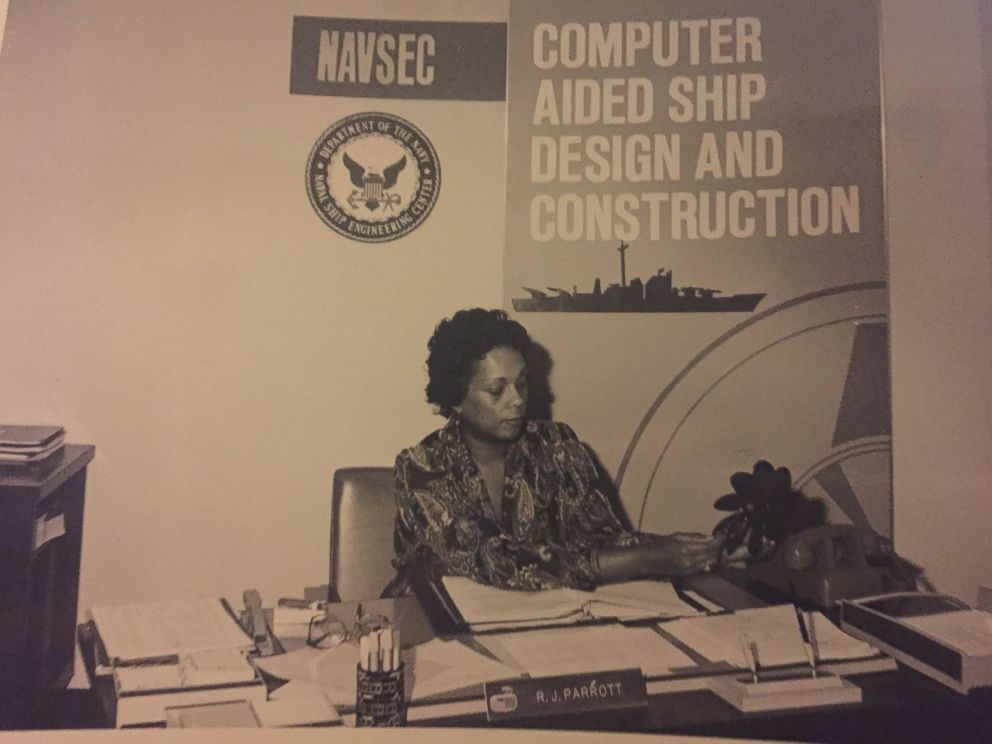 "My mother told me when I was a very little girl, 'Raye, you'll have three strikes against you. You're female and you're black and you'll have a southern segregated school education,'" Montague recalled. "'But you can be or do anything you want, provided you're educated.'"

Montague was surprised today on GMA by Janelle Monae, who portrays Mary Jackson in the award winning film Hiddden Figures. Jackson was promoted to aerospace engineer in 1958, becoming NASA’s first black female engineer, after petitioning the City of Hampton to allow her to take night classes from the University of Virginia graduate program, held at an all-white Hampton High School.

WATCH: "You are hidden no more. We see you, we salute you and we thank you." –@OctaviaSpencer in surprise message to Raye Montague ❤️ pic.twitter.com/4B72KtYZkl

Janelle Monae gracefully thanked Montague for her services. “You are an American hero and you are hidden no more. Everybody sees you.” Octavia Spencer, who portrayed Dorothy Vaughn in Hidden Figures, also surprised Montague and GMA with a video call in. “I want to let you know that you are no longer hidden. We see you. We salute you and we thank you.”

It is important that we continue to bring these hidden figures to the forefront, not only to give them the recognition they deserve but to educate ourselves and future generations to come. Someone is out there with the brain and skill set to be the first something, all they need is the proper inspiration.