Yesterday, we reported that the mayoral election in Atlanta, Georgia was going to be nothing short of a showdown. Between Democratic candidate Keisha Lance Bottoms and Independent candidate Mary Norwood, the fight for Atlanta was already destined to be a close one.

Bottoms and her team declared victory early Wednesday, sharing their optimistic views on the future. "This has been a very, very, very long campaign, but as we look ahead toward the future, I look forward to engaging with each of you, making sure that our city continues to move forward,” she shared with the NY Times. “And for those who did not support me, I look forward to working with you as well because this is still a city for all of us.”

Although Bottoms did declare victory, the margin was narrow enough for Norwood, her opponent fighting to become Atlanta's first white mayor in more than 40 years, to ask for a recount. According to officials, approximately 800 votes separated Keisha Lance Bottoms and Mary Norwood after local officials tallied more than 92,000 ballots.

This is the second time in eight years that the mayoral election of Atlanta headed to a recount. In 2009, Mary Norwood sought a recount when she trailed in the election against Kasim Reed. She ultimately lost that race by 714 votes. After losing that election, old recordings surfaced of Norwood speaking negatively about black voters. “It’s a lot harder to drive a van with six felons, you know guys who are going to commit felonies by voting illegally if somebody’s watching," she said. Some people say that may have harmed her chances in this current election.

From the beginning, Keisha Lance Bottoms made her political allegiance plain and clear: She was a Democrat whose beliefs aligned with those of a growing city known as something of a Southern bastion for liberal politics. With the support of two of the nation's most influential Democrats, Senators Cory Booker and Kamala Harris, as well as the current mayor of Atlanta calling her "his successor" Bottoms automatically seemed like a shoe-in for the job.

Keisha Lance Bottoms is a proud graduate of FAMU and a woman of Delta Sigma Theta Sorority Inc. Last night after sharing a list of thank you's to her family, friends and campaign staff, Bottoms shared a direct message to her supporters as her four children surrounded her:

“For all the little girls out there, who need somebody to believe that you are better than your circumstances, I️ want you all to remember that black girl magic is real…”

Yes it is. Congratulations again to Keisha Bottoms! 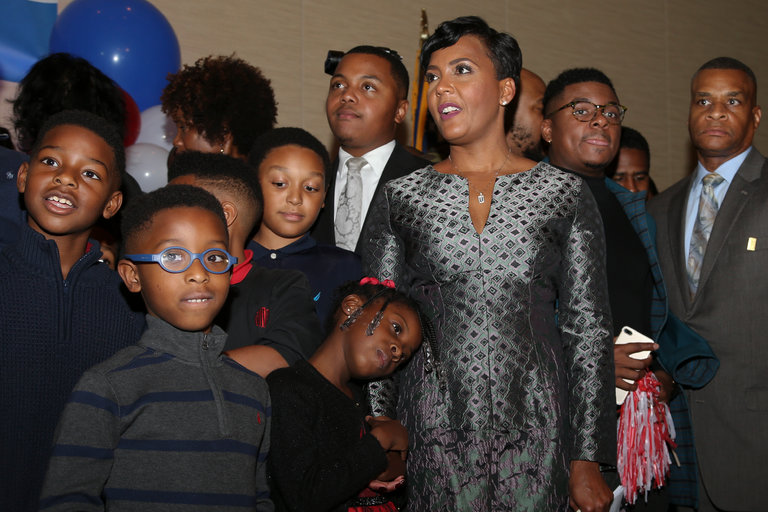