Her Life in Her Words: 11 Autobiographies to read this Women’s History Month

Hooray, it’s Women's History Month -- a time where we celebrate the historic achievements women have made around the globe! It’s also the perfect excuse for reading up on some amazing women whose lives prove that well behaved women seldom make history. My grandmother always told me that if you wanted to know something, you go to the source, and how closer to the source can one get than an autobiography? Silence and erasure are the violent attempts that have been on Black Women and their narratives, but the autobiographies written -- at times when they could be killed for it -- stand in affirmation of the fact that we can neither be silenced nor erased. While the list of pioneering women is perpetually expanding, here are a handful of women whose lives, as they wrote them, you should read up on.

1. Ida B Wells Barnett  Crusade for Justice: The Autobiography of Ida B. Wells Ida B. Wells Barnett is a trailblazer. This daughter of former slaves was not confined by a society that attempted to refuse her her rights. When she was roughly removed from a segregated train car, she bit the hand of the conductor, sued the train company, and won. This fighting spirit would lead her to not only became the champion of anti-lynching—a job that put her life in constant danger—but she was the country’s first (voluntarily) working mother, owner of a newspaper, and the force behind some of the oldest and most respected organizations today (i.e. NAACP). Mrs. Wells Barnett showed that a woman does not have to chose between her feminist fight and desires to be a wife and mother.

2. Sojourner Truth The Narrative of Sojourner Truth Sojourner Truth is the woman who, when tired of the back-and-forth of white men and women over gender equality, stood up at the Akron [feminist convention] and questioned the definition of a woman. That moving speech went on to be edited and rewritten over time but the essences of Sojourner’s truth remains. She was not only questioning gender norms, but she was inserting herself and countless of other black women who toiled land while also nursing babies because aren’t they, too, women?

3. Harriet Ann Jacobs Incidents in Life of a Slave Girl In 1861 Harriet Ann Jacobs became an anomaly of the mainstream idea of black women. Not only did she write an autobiography, at a time when it was illegal for black slaves to read, but she self-published her tale of tragedy and triumph as a fugitive slave mother. Jacobs provided added to the growing publishing of slave narratives, but her story allowed a perspective of what such a life of forced servitude was for a black woman. For protection Jacobs self-published under a pseudonym, but today her name proudly sits upon her work of audacious bravery.

4. Zora Neale Hurston Dust Tracks on a Road Zora Neale Hurston was a true vanguard. Though a writer during the Harlem Renaissance, she was not a subscriber to the “New Negro” logic. Hurston had a pride to herself that came from growing up in Eatonville, Florida, the first all black incorporated town in the United States. Self-pride, Eatonville, and a sense of adventure would lead Hurston to become the most important Black American folklorist. She made others uncomfortable with her honesty, but her commitment, and love, for her culture and people left behind a legacy of self-empowerment. 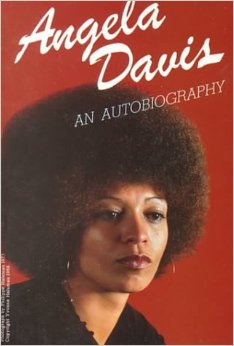 5. Angela Davis Angela Davis: an Autobiography At 25 Angela Davis’ was one of the FBI’s most wanted. She was a fugitive, fleeing arrest for her so-called connection to the Soledad Brothers’ shooting that left several people dead. After being caught, arrested, and charged, Davis’ story ignited the world. Her eventual acquittal and fight against white-supremacy and the prison industrial complex was a catalyst that helped sparked the global attention to an eminent Black Power Movement that would eventually sweep the nation. Toni Morrison urged Davis to write an autobiography. Davis’ reveals how a young girl from Birmingham, Alabama became one of the world’s greatest champions for civil rights.

6. Assata Shakur Assata: an Autobiography Assata Shakur remains one of the FBI’s most wanted and a controversial figure who continues to spark debate. When the United States recently set about reconciling its turbulent relationship with Cuba, one of the first things that was instantly debated was the fate of Assata Shakur. After breaking free from prison and escaping a sentence that charged her with the death of a police officer, Black Panther Party Member, Assata Shakur, fled to Cuba where she continues to speak on  police brutality, race, and revolution

7. Maya Angelou I Know Why the Caged Bird Sings There is a reason why Maya Angelou is a common inspiration amongst most of today’s prominent artists. A poet, a Filmmaker, a Dancer, Angelou taught a generation of people the power of self-love and voice. She offered an arsenal of beautiful verses for black women to arm themselves with while traversing a world steeped in misogynoir. Angelou’s words continue to show not only black women, but the world, just how magical we are.

9. bell hooks Bone Black: Memories of Girlhood bell hooks is a feminist writer who has long held black people, especially black women, at the center of her work. She has examined love, patriarchy, the prison system, and her own experiences growing up as a girl in the south. Her words are biting, her truth raw. hooks is no stranger to controversy.

10. Anita Hill Speaking Truth to Power Anita Hill made history in the infamous sexual harassment case broadcasted to the world. Hill’s accounts of, then Supreme Court nominee Clarence Thomas’ sexual harassment against her was a truth that sparked debates on race, gender, and sexual harassment. After such a grueling trial, of which Thomas was cleared of any wrongdoing, Hill continued to be a pioneering voice for sexual harassment in the workplace. Her audacity to speak up and tell the truth--cost what it may--allowed her voice to be a bullhorn for an issue that had long been ignored

11. Nikki Giovanni Gemini: An Extended Autobiographical Statement on My First Twenty-five Years of Being a Black Poet Nikki Giovanni is a poet whose language encapsulates the diverse rhythms of black life and love. Her poems have called for justice, inspired children, and got her a Grammy nomination. She is a strong voice in the chorus of greats like James Baldwin, Maya Angelou, and more.

READ NEXT: #S4MBlerds: Meet the comic book creators of "The Invention of EJ Whitaker