Lupita Nyong'o stars in Disney's 'The Queen of Katwe'

Disney’s foot is on the pedal this year and there seems to be no letting up any time soon. The first image for the Mira Nair directed film, The Queen of Katwe, starring Lupita Nyong’o, David Oyewolo, and Madina Nalwanga has been released.

The film is based on Tim Crothers‘ book, bearing the same name, about Ugandan chess prodigy, Phiona Mutesi, played by Madina Nalwanga, with Lupita “I’m in every blockbuster, making Black history right now” Nyong’o as her on-screen mother.

2015 was a banner year for Lupita. She played the role of Maz Kanata in the record breaking Star Wars Episode VII: The Force Awakens, and has already begun filming the next installment. Disney seems to have a very good working rapport with the actress, because, including this film, she’s also in one of Disney’s other big titles this year, The Jungle Book. 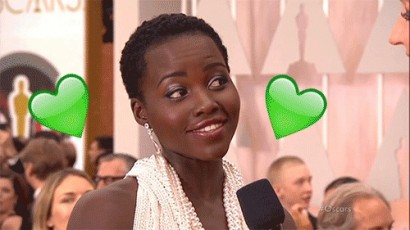 There is no official date for the release of The Queen of Katwe, other than reports that it will be coming sometime this fall, but it’s safe to say that this is going to be one that we all save the date for.