Marvel's Moon Girl Lunella Lafayette has a new title — the smartest character in Marvel. Every fangirl and boy I know has had the debate at least once. But the new storyline, Moon Girl & Devil Dinosaur, will solve it once and for all

It's called Moon Girl – The Smartest Person in the World? 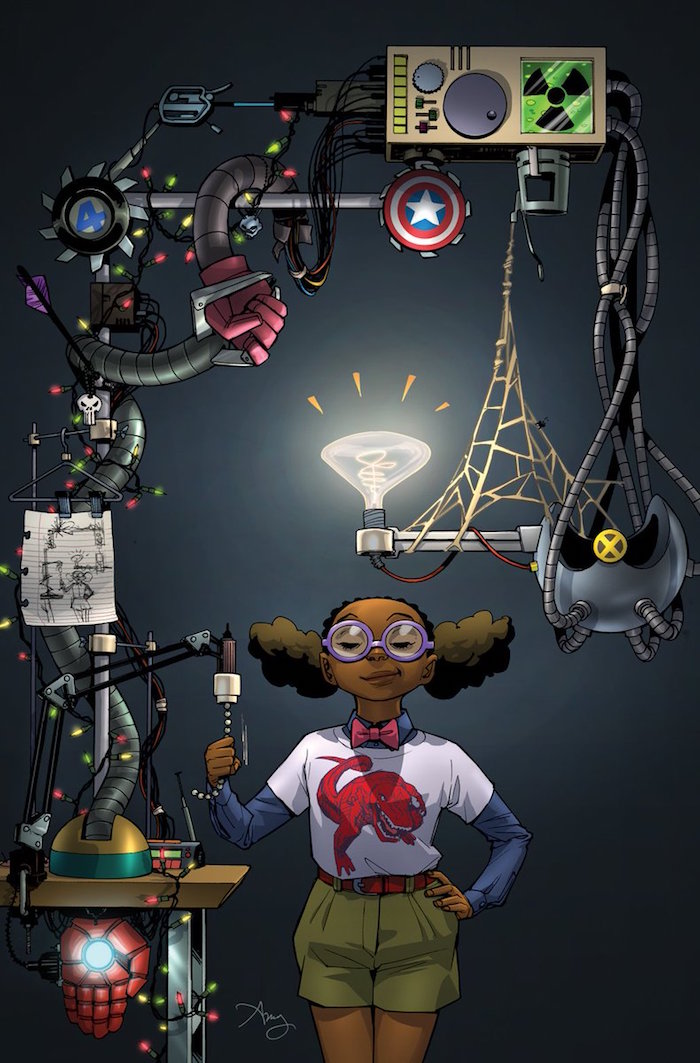 Photo: Marvel That beautiful cover is by the amazing Amy Reedus, and the story arc will be written by Amy and Brandon Montclare. Natasha Bustos and Tamra Bonvillian are on the art
Lunella Lafayatte, if you're unfamiliar, is a 9-year-old black girl from the Lower East Side of New York City. She builds a space portal that a teacher accidentally activates, bringing her partner in crime through it from Dinosaur World. From there Lunella and Devil Dinosaur get to saving the world, because why not? The Marvel Universe is becoming a great place to be a black girl, and I hope that they continue to keep it that way

My niece kind of looks like Lunella Lafeyette aka Moon Girl! #RepresentationMatters pic.twitter.com/qmAQjz8OGL

Check out the new Moon Girl & Devil Dinosaur storyline this coming November. Let me know what you think in the comments, because I read and reply to all of them. Hit the share button and tag a friend who needs to see this.