On Friday afternoon, the #nerdland community was rocked with the announcement that Melissa Harris-Perry would not be returning to the air for her program's election coverage in South Carolina. In a letter to her staff, via former show producer Jamil Smith, Melissa Harris-Perry explained to her staff that this decision stems from the network's decision to discredit her expertise and put her on the air "to read the news that they deem relevant." Here is the reality: our show was taken — without comment or discussion or notice — in the midst of an election season. After four years of building an audience, developing a brand, and developing trust with our viewers, we were effectively and utterly silenced. Now, MSNBC would like me to appear for four inconsequential hours to read news that they deem relevant without returning to our team any of the editorial control and authority that makes MHP Show distinctive. The news didn't come without trepidation. Following changes with other minority hosts like Jose Diaz-Balart, who became rather infrequent on the air, and the switch for Joy Reid and Rev. Al Sharpton from their weekday to weekend slots with less visibility, the network says these changes are to accommodate for more election coverage -- to better compete with the likes of CNN and FOX. In an effort to focus on more news during the day, a move that has seen some improvement in ratings by 57% since 2015, the network is, intentionally or not, edging out their most diverse voices

Photo: giphy As for Harris-Perry, notable for the array of voices she brought to Nerdland on Saturdays and Sunday mornings, she's receiving an outpouring of support on social media, and for good reason. It was a program that united people in complex conversations and broadened the scope with which we discuss American politics and culture, and without a doubt, ushered in a platform that made room for all voices

Photo: rebloggy It's safe to say that wherever Harris-Perry goes, #nerdland will follow, because it's a community she built through conversation and inclusion

Really hard to overstate @MHarrisPerry and #nerdland's role in showcasing and actually listening to PoC in all kinds of ways — Vann R. Newkirk II (@fivefifths) February 28, 2016

Whatever comes next for Melissa will be phenomenal because she's phenomenal.

Harris-Perry confirmed it on Sunday morning in a tweet of gratitude and finality.

What do you think about how this all went down, and what's next for Melissa Harris-Perry and #nerdland? 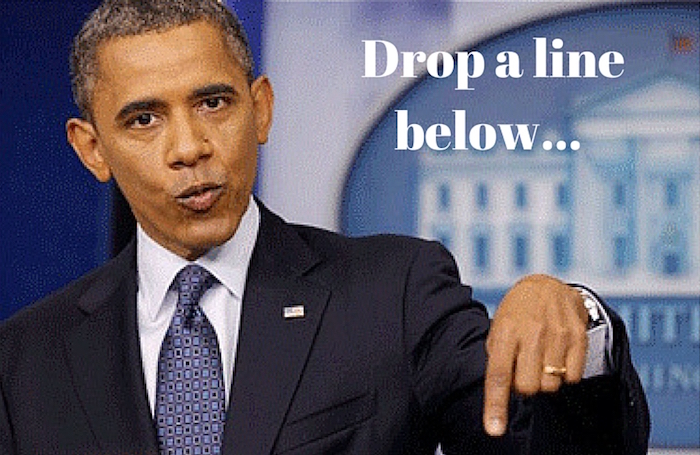 READ NEXT: Do we glorify the struggle?