Why men need Beyoncé more than we know

Hey fellas, it’s been a rough couple of weeks. We lost Prince, Steph Curry got hurt, the first round of the NBA Playoffs has been weak, and our women are sipping more Lemonade than we ever expected. But there is a silver lining. As men, it’s time we changed our approach to Beyoncé
When King Bey dropped her visual album on HBO, I read a lot of sideways tweets from too many men. Granted, 9 out of 10 black women were getting their edges “snatched” and venting their frustrations about every man they’ve ever met – but Beyoncé has given us a golden opportunity. When Beyoncé speaks, it’s like the State of the Union for black women. And most of the time, men are f*cking up! Let’s be honest, this month we’ve all done something that’s made our girl give us the extreme side-eye, intentional or not.  While listening to Lemonade, it finally hit me. Beyoncé is not talking to women, women already know why men “ain’t shit” no matter who we date or don’t date. Bey is talking to men; she’s basically giving us an instruction manual about how to treat women. Let’s be serious, every woman wants to be Beyoncé (after looking at all her net worth so do I), so it’s time we started listening
Every woman on your timeline has come to the following crossroads: "Jealous or crazy." C’mon homie, you don’t want the girl you love to be either, right? We have to learn, at some point. And right now, Beyoncé is showing us all how to do a better job as men. Think about it…we all wish our girl would order some food, grab some drinks and make sure the game is on without asking right?  So don’t we think the ladies would love it if we all worked on being partners to the Beyoncé standard? I’m not saying we all need to rush to join the Bey Hive, but I’m not saying we don’t need to taste a little bit of that honey either. Intuition, denial, anger, apathy, emptiness, accountability, reformation, forgiveness, resurrection, hope, and redemption – these are all emotions we’ve had to deal with as people. Beyoncé is letting us into the minds of strong black women, and as black men, I feel like we’ve been neglectful, myself including. I’m ready for a change. No matter your gender, you should think Beyoncé is magnificent. She’s a mother, wife, business woman, creative, style icon and so much more. Let’s all join hands, grab a glass of lemonade and bask in the glory that is Beyoncé, before our women show up to our house ready to start some sh*t 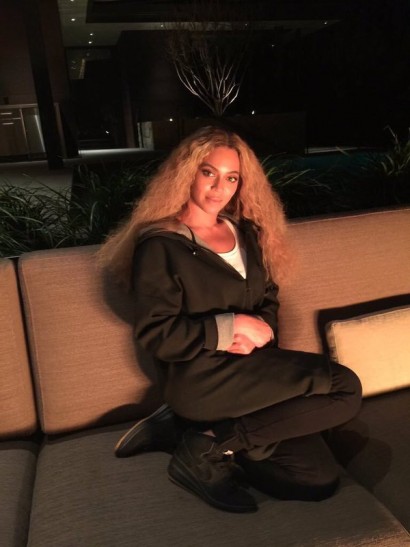 What did you learn from watching 'Lemonade?' Let us know in the comments below!

READ NEXT: I got 'LEMONADE' all on my lips