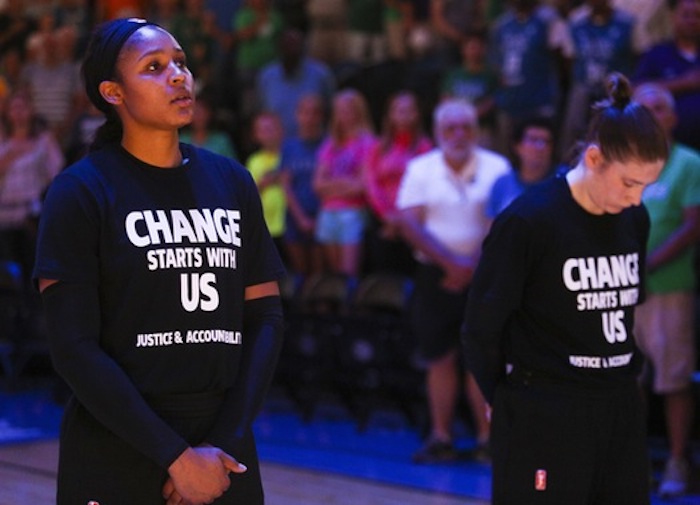 Photo: TIMOTHY NWACHUKWU/THE STAR TRIBUNE Lt. Bob Kroll, president of the Minneapolis Police Federation, commended the officers for their actions. In an interview with the StarTribune he said, "If the players are going to keep their stance, all officers may refuse to work there.” At the pregame news conference before their game against Dallas, the team wore black shirts with the phrase, “Change Starts With Us Justice and Accountability,” on the front. The back of their shirts had Alton Sterling and Philando Castile's names, the logo for the Dallas Police Department and the phrase, "Black Lives Matter." They also denounced the "senseless ambush" of the police in Dallas 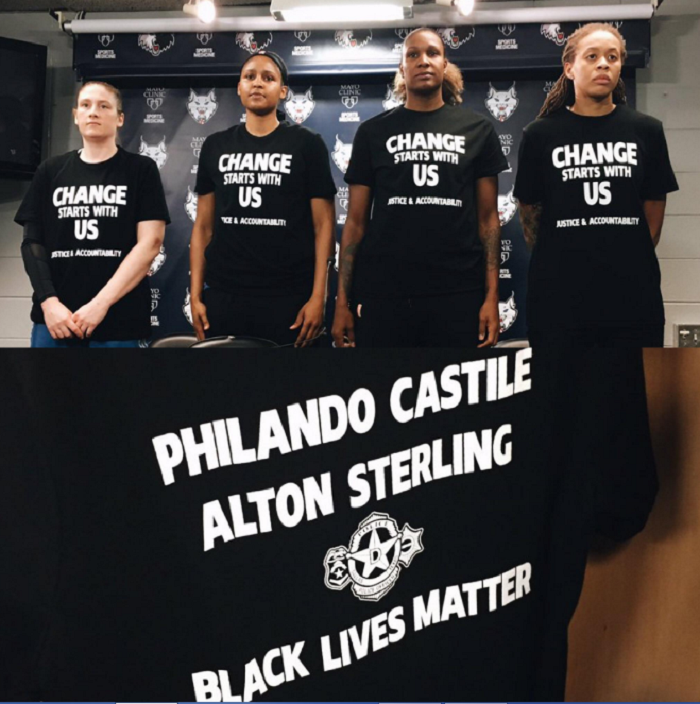 Photo: Minnesota Lynx Lynx captain Rebekah Brunson said at the press conference, “In the wake of the tragedies that have continued to plague our society, we have decided it’s important to take a stand and raise our voices. Racial profiling is a problem. Senseless violence is a problem. The divide is way too big between our communities and those who have vowed to protect and serve us." Maya Moore, another Lynx captain, said,"We do not, in any way, condone violence against the men and women who serve on our police force. Senseless violence and retaliation will not bring us peace." However, Lt. Kroll criticized the Lynx players and cited the “false narratives” surrounding police brutality in the last two years saying,  “Rushing to judgment before the facts are in is unwarranted and reckless." The four officers also removed their names to offer service at future games

So the Minnesota Lynx players shirts' covered both sides of the coin and the off duty cops still had an issue. That's pretty pathetic