Why I started embracing my natural hair in the workplace

I love everything about my natural hair. Sure, it's a lot of work to maintain but once you find a hair care regimen that works, the versatility is everything. I'm not exactly sure if it's been unintentional or the result of constant practice, but over the years I've almost always worn my hair blown out or tied back in a bun to work. So, I decided to experiment with wearing my hair in different styles and embracing my natural hair in the workplace. Why?

One day I just got tired.

Sick of conforming to the hair "norms" of what is regarded as workplace professionalism, putting heat to my hair (Hello, heat damage!) and pulling my hair back religiously (Hello, stock in edge control!). Mind you, straightening and slick-backs are totally fine, I still do them. My issue was believing that the hair growing out of my scalp had to be altered for the sake of the workplace. I think there is this notion that "natural" equates to unkempt, and that is far from the truth. What I've grown to realize is that my hair is not a trend and is normal by my standards.

I began to switch it up.

Especially in the summer months, when my hair was no competition for the humidity. Protective styles have truly been a blessing in giving my tresses a much-needed break. The transition felt so freeing and was certainly much easier for me to maintain on a busy schedule! Initially, I did get a lot of double-takes and questions from my colleagues. They had almost never seen my hair in its protective styles or natural state over the many years we'd worked together. "That's an interesting style. How did you get your hair to do that?" they'd ask. And I gave a lot of side-eyes in response
The comments were a bit disheartening at first, but then it became downright amusing. I learned that most were genuinely confused on how my hair was bone straight one day and coily the next. Or short one day, due to shrinkage, and touching my bra strap the next 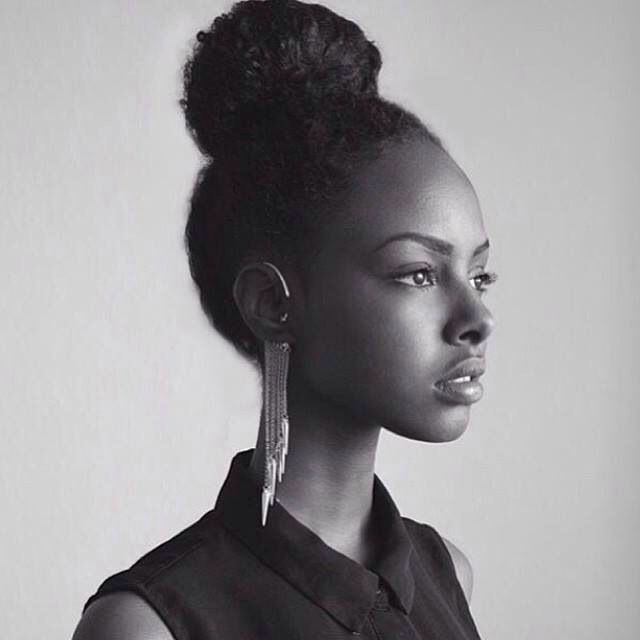 But most surprising were the overwhelming compliments

Along with this came people asking to touch my hair, to which I kindly responded "uh, no."  The reception was generally positive. Natural hair can be professional. Better yet, natural hair is professional
Oddly enough, it seems that each time I go back to the occasional blow-out, many of those same colleagues are vocal in letting me know that they like my natural curls better. Go figure
It's a good thing that its more about what I like versus what everyone else does.

READ NEXT: Can I really wear my natural hair at work?