Why we need to drag appropriation of black culture

Whether it's Kim Kardashian and the media trying to rebrand something that's been ours as a "new trend," or Iggy Azalea rapping in her perception of what the "black" dialect is, or even Zoe Saldana refusing to step aside to allow a more appropriate casting of Nina Simone, I'm over micro, macro or even intra-cultural appropriation. You can get DRAGGED every time, am I right, Black Twitter? Now, for those unfamiliar, to "drag" something or someone is to call said thing or person out on completely inappropriate behavior, sometimes in a sarcastic manner or sometimes with pure fury. I tend to lean toward the former, but for what I'm about to share with you, the fury has been evoked. 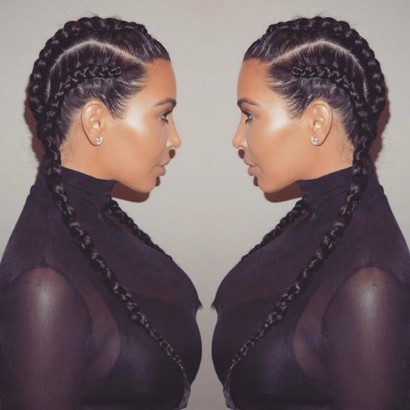 Source: The Fashion Tag A group of fitness instructors who misrepresent themselves as "fly," decided to take Beyoncé's "Formation" and turn it into a marketing tool for themselves. Now, while I personally haven't seen Bey's song or video as some epic black power movement artistic vision, many have interpreted her work as an unabashed presentation of unapologetic blackness and a calling out of disproportionate police brutality against black people. Because this is the overwhelming opinion of the majority in the black community, this piece of music should have been left alone, but NO –  we can never have nice things! Our culture must always be stolen, diluted and made more palatable (and thereafter rendered horribly uncool) for the masses of white folks who would continue to profit from our pain. They've even entitled the video "Swerve," stealing yet another slang term created by the black community to lend a sense of relevance to their stiff and offbeat choreography. Well, famous or not, I say we drag them!

"To be a Negro in this country and to be relatively conscious is to be in a rage almost all the time." – James Baldwin

No one is exempt from the power of black fury. We are staunchly reminded of our cultural relevance (and our lack of ownership), our mortality (and how it's culturally and legally dismissed) and how both are capitalized on without our inclusion or permission. But we deserve nice things, y'all! Our artistic, intellectual, and especially industrial contributions to this country are immeasurable. We will never have our house on a hill if we continue to allow others to believe that they can steal the bricks anytime they damn well please. Black Twitter, I leave you to it. As the Power Rangers often said, "It's morphin' time!" DRAG THEM.

What do you think of the video? What are other instances of cultural appropriation that have disturbed you? Leave your comments below!

READ NEXT: Listen to these 7 podcasts driven by black women