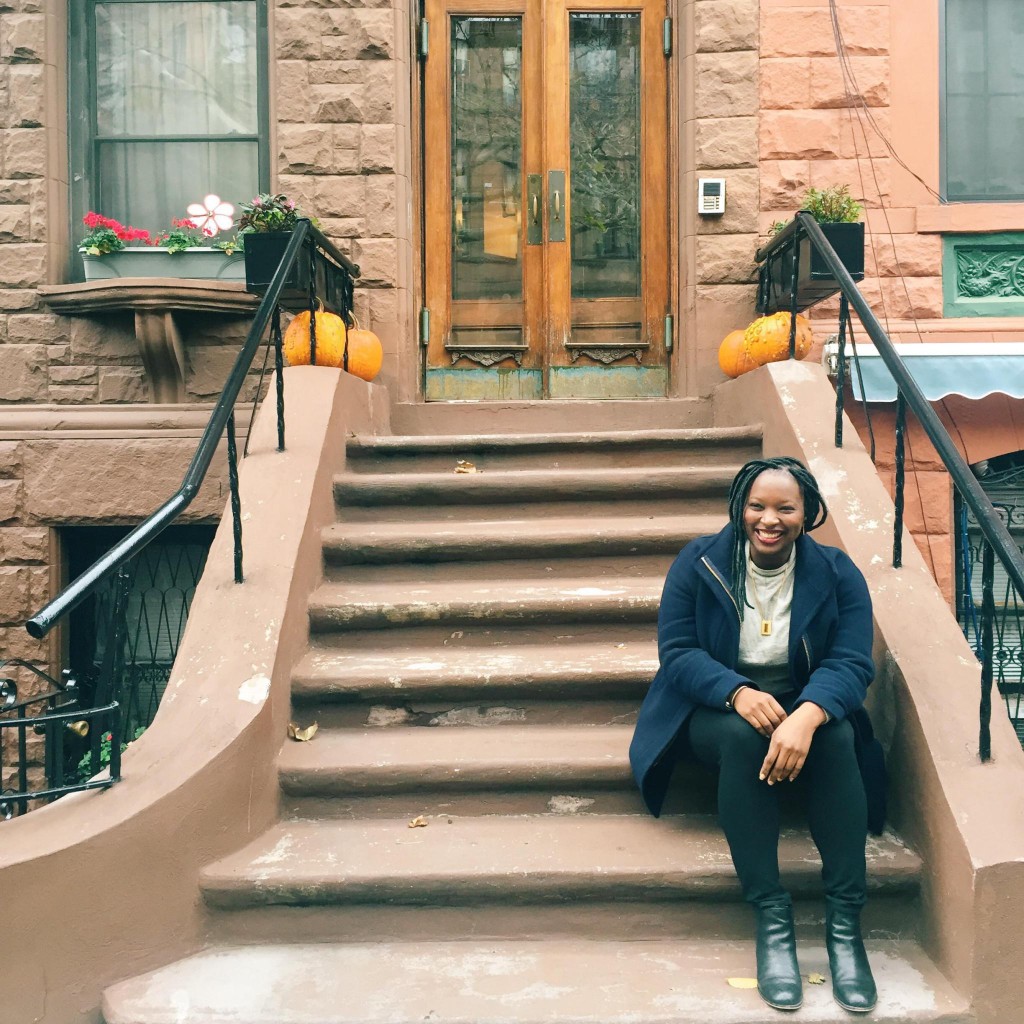 After intense dialogue, a boycott by some of America’s most renowned African-American actors and a worldwide movement that started on the foundation of the viral hashtag #OscarsSoWhite, The Academy announced its commitment to doubling the number of women and minority members in The Academy by 2020, a historic change in an organization that hasn’t implemented a change in membership regulations in decades . The woman behind the entire movement? Managing Editor of Broadway Black, April Reign.

“This shows that people are concerned with the issue of representation just as much as I am,” Reign told Blavity.

It was a chance encounter through Twitter that led Reign to Andrew Shade, the founder and creator BroadwayBlack, a website dedicated to showcasing African American success on and off the Broadway stage.

After becoming a contributor, she began working with content editor Alicia Samuel and asked if she could take on larger role. The magazine happily brought Reign on as a managing editor, giving her the outlet for creativity she’d been looking for. While working for the magazine, Reign’s frustration with actors of color being repeatedly excluded from honors for their work grew. In an effort to release some of that frustration, Reign began tweeting alongside the hashtag #OscarsSoWhite.

“It was initially just me venting my frustration about the lack of talented actors of color in front of and behind the camera,” said Reign. “I had no idea that it would turn into this international movement and campaign.”

The hashtag became one of the top trending topics after its inception during the 2015 Oscars. The venting tool became a movement that increased serious dialogue about an issue that frustrated thousands of actors and viewers of color.

“This movement is about regular people saying enough is enough. It’s a worldwide issue, and everyone has taken note.”

Worldwide it is. Once the movement gained traction, BBC organizations and publications in places such as London, Ireland and New Zealand started reaching out to Reign for interviews in an effort to understand the frustration and display the need for change. The first step toward tangible change came in the form of the Oscar announcement sent to all Academy members on Jan. 22, signifying a major shift in how the best films and actors are selected each year.

“I was encouraged by the announcement. I was happy to see that the results were unanimous. She [Academy President Cheryl Boone Isaacs] has made this a priority, which is not easy for her with a group that’s 6,000 members strong.”

Reign doesn’t hesitate to remind the world that her ideas are nothing new. When Selma was snubbed during the 2014 Oscars, director Ava DuVernay and actor David Oyelowo spoke repeatedly on the lack of appreciation for black actors, directors, and film industry workers in numerous speeches as several Academy members defended their right to virtually ignore the work of actors of color year after year.

“When a movie about black people is good, members vote for it,” an anonymous Academy voter, told the Hollywood Reporter. “But if the movie isn’t that good, am I supposed to vote for it just because it has black people in it?”

The voter’s tone-deaf commentary is not only hysterically out-of-touch, but it’s also inaccurate. Although we aren’t able to know if this voter actually watched the film, many don’t realize that of the more than 6,000 members, only 300 need to be convinced that a picture is the best — but they aren’t actually required to watch the film. With a voting pool of mostly older, wealthy white men, the mostly white, heterosexual male results of the past decades aren’t surprising.

“I think everyone is entitled to their own opinion on a film. It’s about quality work. But Oscars should be completely based on merit. If Oscar members aren’t even required to watch the films before they vote, how can something be based on merit? Clearly something other than merit is being used to make the films.”

Although the announcement is certainly a sign of action being put in place, The Academy is still struggling to appeal to audiences of color. While comedian Chris Rock is hosting the Oscars, event organizers are scrambling to find black actors and actresses willing to be presenters to counter the protest, or, in the blunt words of Saturday Night Live actor Michael Che during a “Weekend Update” segment, “the Oscars are solving racism by making black people present white people with gold.”

“It’s too little too late,” Reign said in response to the scramble to find black presenters. “If you had more quality work for talented black actors and actresses to take part in, the actors would be at the show automatically. The Academy needs to do what’s best for film, which means ensuring that there are more diverse, representative and inclusive films showcasing the beauty and nuances in minority films.”

Inclusion doesn’t end with race. Reign pointed out that quality work by people of color, roles for women, and LGBTQ films also go underrepresented and largely forgotten, repeated exclusions that need to change.

“I watched the Oscars religiously for over 30 years, and last year was my first year where I did counter programming, which proved to be successful.”

Counter programming, which Reign plans to do this year again, gives viewers boycotting the Oscars a chance to watch a classic black film with Reign via her live-tweeting. Last year’s film of choice? Coming to America.

“Last year’s Oscars was the lowest rated show in six years, and it’s very possible that counter programming led to that drop in viewership.”

Although Reign has a lot to be proud of, she isn’t letting the initial achievements of the movement stall her ultimate vision.

“The goal is to increase diversity and inclusion in film and we haven’t met that goal yet. That said, we will fight on.”

And fight on Reign will.

Will you participate in counter programming this year? Let us know in the comments below!