If you're not putting this in your green smoothies you should start!

So, I recently got a Blendtec—shoutout to Dr. Phil—and it's completely changed my morning routine. One of my favorite discoveries since using it is that it makes adding Spirulina to my diet extremely easy. Spirulina is an organism that grows in both fresh and salt water. It's a type of bacteria called cyanobacterium, which is often referred to as blue-green algae. Like seaweed, nature's multivitamin is a little on the salty side and smells like fish food. But the benefits are worth it! Now, if you know anything about Spirulina, you know it can be hard to get down. And it can be hard to mix with water alone because the powder tends to clump together
I know what you're thinking: Why not just get the capsules? Because I'm still working on a 3-ounce bottle I've had for a few months now. I'm happy to report that it's almost to the bottom now, and since I've started adding Spirulina to my smoothies, I no longer feel the need to resort to pills. I like camouflaging the flavor and it's one less pill to swallow 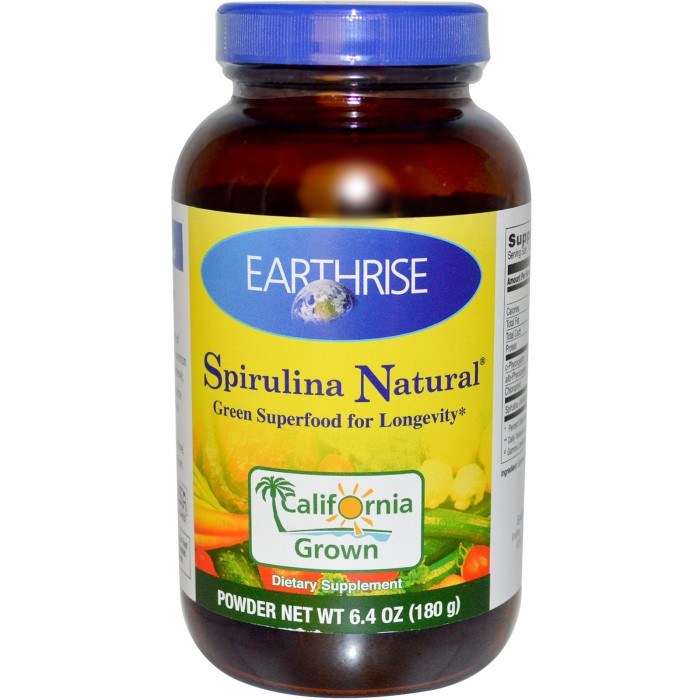 Here are the many benefits of Spirulina:

It contains the following nutrients: Protein Vitamin B1 (Thiamin) Vitamin B2 (Riboflavin) Vitamin B3 (Niacin) Copper Iron Magnesium Potassium Manganese Vitamin B-6 (Pyridoxine) Vitamin B-9 (Folic Acid) Vitamin A Vitamin D Vitamin C Vitamin E Zinc (Seriously, this list could go on and on and on.)   Spirulina is high in: Antioxidants Calcium Omega-3 Omega-6 Omega-9 According to the University of Maryland Medical Center, spirulina increases production of antibodies, infection-fighting proteins and other cells that improve immunity. It also reduces blood pressure, nasal discharge, sneezing, nasal congestion and itching caused by allergies, lowers cholesterol and assists in weight loss as a dietary supplement. So if you're not already adding spirulina to your green smoothies, why not?!

Would you give nature's multivitamin a try? What's your go-to green smoothie ingredient? Wheatgrass? Chia seeds? Let us know in the comments!

READ NEXT: 11 power bowls you can try with any meal