#S4MBlerds: My conversation with the creators of Tuskegee Heirs

Tuskegee Heirs: Flames of Destiny is the next evolution of content in the blerd community.

There have been other breakout titles. There have been successes worthy of celebration before. But, for those of us who have been paying attention, it's not hard to tell what lies in the future for this franchise if given the room for take off. With the perfect mix of history, stylistic interpretation, and appeal to a younger audience, Tuskegee Heirs creators' Marcus Williams and Greg Burnham know exactly what they have on their hands, too
Based on the true stories of the Tuskegee Airmen, this series is a futuristic sci-fi/fantasy adaptation following a young, black cast of characters fighting an artificially intelligent race of enemies whose goal is to destroy the population. The Kickstarter campaign to fund the project has tripled it's $10,000 goal in a short time and continues to grow every day

Photo: Marcus Williams Greg, Marcus, and I went back and forth in the DMs for a day or so and agreed to meet up on a Sunday at a Thai restaurant inside Sugar Loaf Mills, a mall in Atlanta, GA. I didn't want it to feel like a formal interview, so I treated it like a bro hang and brought the best blerd friend I have with me, @ReverendDrDash
So Dash and I pull up to the mall at 11:00 am, a full hour before we're supposed to meet Greg and Marcus – clearly we're excited 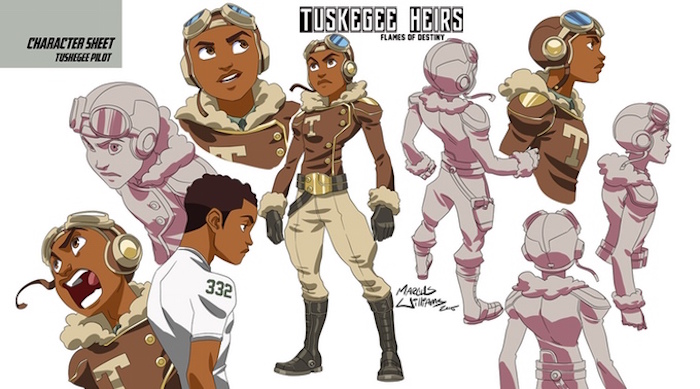 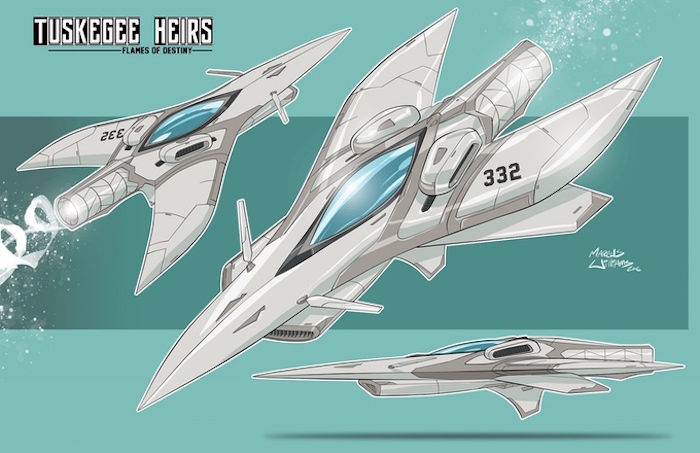 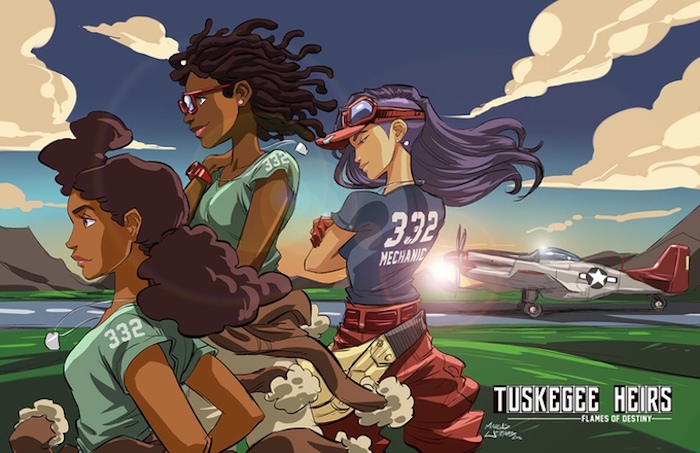 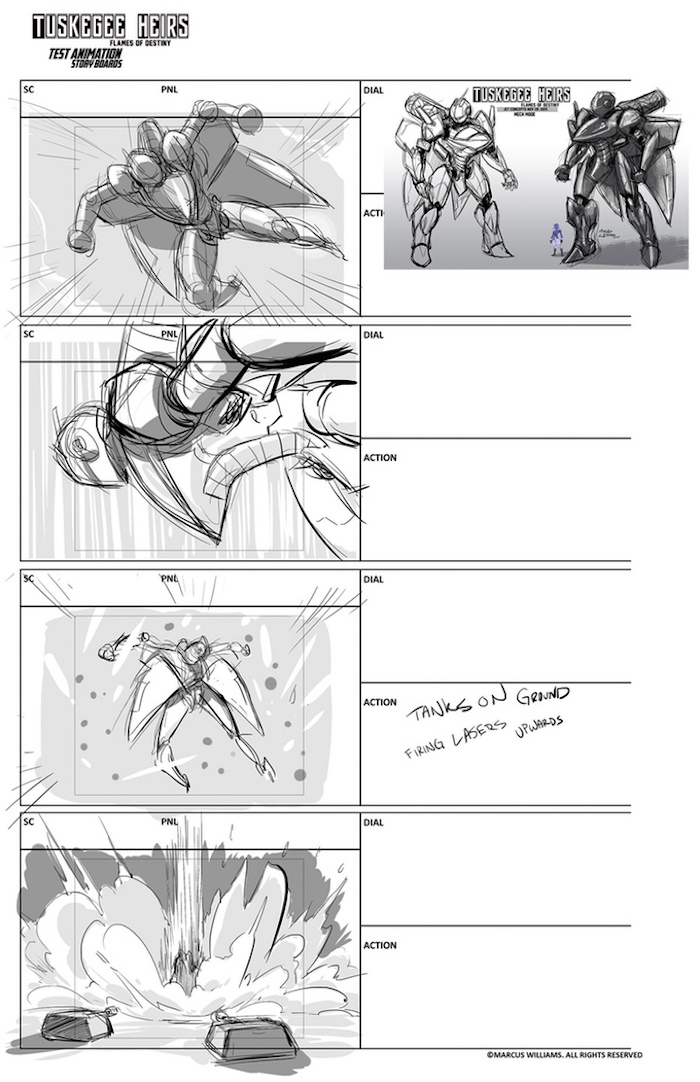 Photo: Marcus Williams For the people that have never heard of it, explain the premise of Tuskegee Heirs and where the idea came from. G: The idea started with Marcus. We're constantly coming up with unique ideas, so when he gave me the basic premise, we just started breaking it down until it was fit for consumption
M: Tuskegee Heirs is a futuristic sci-fi adventure that follows a squadron of young, gifted aviators, who are forced to become Earth’s last line of defense against a menacing race of artificially intelligent villains bent on destroying civilization. I spoke with an older gentleman during a book event that was frustrated with the lack of interest of aviation among youth. Upon hearing this, I told him about an idea I've been thinking about regarding making the Tuskegee Airmen a cast of young pilots. He was instantly excited by the concept. After finishing up our conversation, Greg and I fine tuned the concept later on that night and came up with the name Tuskegee Heirs
Your Kickstarter campaign has raised over $36K in the time it’s been up, which is a huge success. In your opinion, what about this idea created that kind of support? M: I believe there's multiple factors including the real actual families tied to the history of the pilots, the idea of teaching young kids real history while entertaining them, and the fact that something like this has never been done before now. I think people can see that what we're trying to do can actually be achieved with the proper funding
G: I think that people genuinely care about the Tuskegee Heirs. People are ready to see new perspectives. The history behind it – empowered young ladies, intelligent young men. And it doesn't hurt to have Marcus on the visuals
Marcus, stylistically you’ve said that your inspiration for Tuskegee Heirs has been based on anime. What are your favorites? M: Tough questions based on the huge library of anime out there, but I'd have to say Princess Mononoke is way up there as one of my most favorites due to the unique and complex story telling. There was no real good guy or bad guy in that film, but every character had their own just motives for what they were working towards. Even the ending of the movie only partially resolved anything between the character cast and story line, save a few of the supporting characters being killed. Loved Cowboy Bebop, Ghost in the Shell, Akira, DBZ, Ninja Scroll, and the list just goes on and on
What was the last comic book you purchased? M: The new Ultimates with Blue Marvel leading a cast of heroes to meet Galactus
G: Niobe and it's dope! Finally, before we get out of here, name your top 5, dead or alive, comic book characters of all time. (We hashed this out for a while.) M: Wolverine, the video game version of Cyclops, Storm, Spectrum, and Superman
G: Magneto, Spider-Man, Black Panther, Batman, and Wolverine
Daps and pounds go around, once again, and we part ways. Then, Dash and I wander around the mall for a bit recounting our time with the guys. Talking to Marcus Williams and Greg Burnham was an amazing experience.  It was a blerd-fest of epic proportions. Tuskegee Heirs is Room for Improvement era Drake/2014 Soundcloud Bryson Tiller. Seats on this ride are filling up fast. If you want to support this project, go on over to the Kickstarter and show some love. This is a series that I personally believe will be around for a long time across many mediums, and that should be celebrated

I do this because I love the culture and the community. If you enjoyed this post let me know on Twitter and share it with the homies. If you have any suggestions on comics I should write about, things I should write about in the column, or people I should interview, tweet me. Make sure you use the hashtag #S4MBlerds