Soldier of love: On race, neglect, and self-care

The morning the news broke that the officers who killed Tamir Rice would not be indicted, a lyric from a song long forgotten continued echoing in my head. “In the wild, wild west/trying my hardest, doing my best/to say alive...” these lyrics are from Sade’s “Soldier of Love,” one of her strangest and most haunting songs. She sings of losing the use of her heart though she’s survived an unnamed trauma. This trauma has stranded her in a desert of emotional extremity
Her music is, I think, deeply spiritual, expressing a metaphysical distance and timeless cool. The seeming detachment and iciness of her voice coupled with the lyrics and hushed instrumentation emerges from a profound space. You can feel it. You can hear the weariness of her body, which is one reason the song is so striking. There’s a roughness that sounds recognizably lived in compared to the gorgeous austerity we usually associate with her voice; that haunted, world-weary tone she’s had since the start of her career. She sounds as tired as I feel. She was 51 when the song was released in 2010. I am 26 and fighting to find space for love in a nation that will not grant mercy, justice or tenderness to my people.

Photo: giphy.com The video seems set in a post-apocalyptic America. A dystopian Western, where Sade presides over it all, in some scenes as a disco, cowboy love goddess. What’s most daring about this video, watching it in the wake of Ferguson, Tamir Rice, and other slain black lives, is how love and being love’s soldier is cloaked in darkness. A group of male dancers (mostly black) in outfits invoking the Black Panthers alternate between dance and physical training, overseen by Sade in an all-black uniform, her hands clasped behind her back like a general. There are other sharp moments: when a row of black dancers stand in a line with their hands mimicking guns pointed to the backs of their heads; a moment early on when a black dancer throws a crackling flare through dense, red smoke echoing the famous photo of a protester in Ferguson hurling tear gas back at the police and the video ends with a black power salute. Sade is my patron saint of love. Watching the video, I was at once filled with a quiet joy to see a militant, black Venus, to see something rare and familiar, as when I find depictions of the Black Madonna while at the same time being pierced by the same weariness I’ve felt for a long time. What does it mean to love while black in America? Does it require a sword and shield to protect it? Is love the weapon? How does a soldier proceed and not become stone or dead?   Friends, I must tell you, I’ve been sick for a little over a year. I remember the day it came, November 24, 2014. Bundled up, alone at night, in my blue-black room, dark as the shuddering branches and impending winter outside my window, taking swigs out of a large bottle of chardonnay. I watched videos and images of protests following the non-indictment of Darren Wilson for the murder of Michael Brown. At the time, I lived in Ann Arbor, MI — one of the whitest places I’d ever lived — and was working on my MFA. That summer the deaths of Michael Brown and Renisha McBride loomed largely. I’d spent the fall with another poet of color in the MFA program, traveling to colleges in the Midwest to talk to students of color, specifically poets and fiction writers who wanted to study creative writing. We offered them advice on how to navigate the application process and negotiate these academic spaces that often isolate non-white writers.

Photo: flickr Those students were so hungry for that knowledge. Coming back from one of these trips, the two of us had been pulled over for apparently running a light, which clearly was not red when those sirens started blaring. We were later be let go when the officer learned we were Michigan students. What if we hadn't been graduate students at a prestigious university? A few weeks later, as if the universe wanted to make a point, I was almost hit by a white driver running a red light while walking the crosswalk. The night before, on November 23, a little boy in Ohio by the name of Tamir Rice had just been shot. It had been a long fall
Here I was — fatigued, black and queer in a country that always seeks and finds ingenious ways to do me and others like me harm. Chugging the only sweetness available to me, falling deeper and deeper into drunkenness, watching the candles and cell phones of protesters across the country. I remember listening to Mahalia Jackson’s rendition of “Trouble of the World” from the racial melodrama Imitation of Life. It’s a song that baptizes me each time I listen, a song that convinces me of the certainty of God. It’s a pretty thought to have. Two minutes and fifteen seconds with God. It was something I needed the night I became sick. Something certain to hold on to as I mourned, for what felt like the first time, my fraught and unpredictable station in this country. 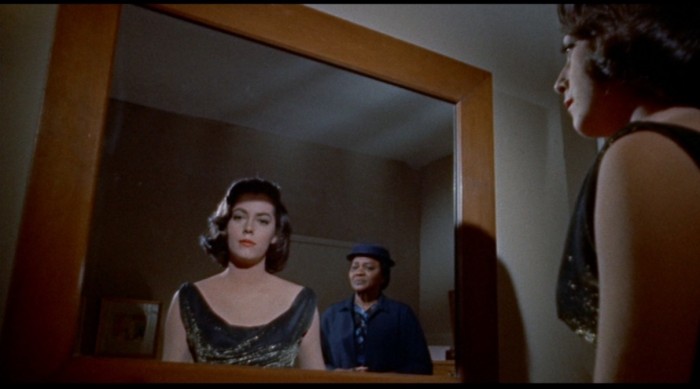 Photo: prezentaceminulosti When you’re from an oppressed group, you learn how to survive: ways to find food, shelter, and resources, ways to read social cues to ensure your protection and ways to safeguard your spirit and psyche from harm. My means of defense for the latter ever since I was a child has been to build a wall of niceties, silence and inscrutability. Smile and laugh at the right jokes. Never let them clock your true feelings. Reveal nothing of your passions if they compromise you in any way. Listen and nod, even if you don’t care about the conversation. At one point in high school, I was nicknamed Stoic. What a strange and sad nickname for a teenager. But one learns early on being black and gay isn’t going to be the easiest life and sneaking through life is a safe course — to be seen is to be open to violence. But in that cold night, drinking wine, crying and floating through the Internet, I felt that wall fall apart. I’ve been sick ever since.   I shared Gwendolyn Brooks':The Boy Died in My Alley" shortly after hearing about the non-indictment in Tamir Rice’s case. The poem’s speaker is questioned by a cop investing the murder of the titular boy. The speaker did not see the boy’s death but heard the bullet and has heard the bullet before in the bloody alley. This poem is every video of a black person killed that auto-plays on my Facebook timeline. Though to call this a poem about not observing racial violence is not really true. It’s a poem about not needing to witness this slaughter because one feels it, the way a sore knee can read a coming storm. “I never see the dead,” this speaker says having felt these same gunshots thousands of times before “careening tinnily down the nights/across my years and arteries.” So many of us black people know this feeling. It’s horrifying how the names echo. Tamir, Michael, Trayvon... Renisha, Sandra, Rekia... When someone asks if I’ve heard the news, I always have to ask “Which one?” Brooks' poem came into my life the night before. There was a podcast I’d been meaning to listen to for a while buried in tabs of Wikipedia articles and music videos. The podcast was on neglected masters of American poetry and poet James Allen Hall discussed Gwendolyn Brooks. He talked about how throughout his entire educational career he’d only been taught one poem by Brooks. The first black writer to win a Pulitzer Prize. The pivotal black poet between the Harlem Renaissance and Black Arts Movement. A genius of form and a supporter of so many black artists. This neglect is not uncommon. But the issue of neglect raises an interesting question here: neglected by whom? White people? Academia? We never lost sight of Brooks or her work. These acts of erasure and forgetfulness aren’t relegated to a single poem or poet — or the humanities for that matter. Neglect is an opposite of love. At its root, neglect means “not to pick up.” Would you not touch me if I were another boy gunned down in the alley? Who am I asking? Sometimes I feel like it’s impossible for this country to know me. Though what I do know is that in the midst of this trauma, I have spent so long neglecting myself. The space anxiety, sorrow and pain take up leaves little room for joy and love. A life spent low and hiding is no life. I’m sick because I was never hiding. Not really. I had just internalized that I was invisible because I needed to be. I am still sick, though. Of our deaths, of bodies becoming ingestible images. But here I am in all my blackness, queerness, maleness, seen and seen through. I cannot neglect my story.
Derrick Austin is a Cave Canem fellow and author of Trouble the Water (BOA Editions, April 2016). His poetry has appeared in Best American Poetry 2015, New England Review, Image: A Journal of Arts and Religion, and elsewhere. He is the social media coordinator for The Offing. Connect with him on Facebook, Tumblr and Twitter.