The first winners were David Bowie and The Beatles (at the time it was called the Lifetime Achievement Award). In the years since it was named after Michael Jackson (in 1991, he won the award in 1988) — it has been bestowed upon other pop cultural icons including Janet Jackson (1990), Madonna (1986), LL Cool J (1997), Hype Williams (2006) and Beyonce (2014). So it really is only fitting that Kanye receive one at some point.

Much has been said about him as an artist of late (musical artist, not clothing-and-shoe-designer artist). However, if you look at his entire body of work you cannot deny his talent and legacy to the world of music. So as MTV goes down the Ye memory lane, so do we to take a look back at our favorite versions of Kanye that we’d love to give an award to. In no particular order...

"Through the Wire" bridged a classic old-school track, with simple beats and hard-hitting lyrics. We felt for him and were all rooting for him to heal well and give us more. If he could be that talented in that state, what more was he capable of with the ability to actually open his mouth?

Imagine doing "five beats a day for three summers." How many people (other than those chronicled in Malcolm Gladwell’s Outliers) are that dedicated to perfecting their craft. The College Dropout was an exceptionally good album — selling khakis instead of drugs made him accessible and relatable to a whole group of people.  It also gave us several classics that still go today.

Whether PWI or HBCU, "Broke Phi Broke" is a frat that all of us current or former students can definitely relate to. #PassTheRamenNoodles 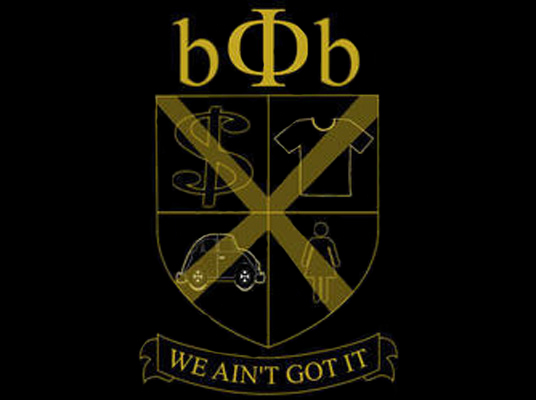 Before there was Drake got huge, 808s & Heartbreak was the ultimate hip-hop emo album. Heartbreak never sounded so good. The auto-tuned-up Ye poured out liquor and his demons on this album. Some labeled it soft, but always the trendsetter, he lead the pack on the resurgence made popular by Zapp & Roger.

My Beautiful Dark Twisted Fantasy is my personal favorite Kanye album and I consider this the best work of all of his albums. It has everything an album could have — it pleases the true hip-hop heads, gives you a little bit of pop culture, some social righteousness, a dash of grown and sexy and that swag that you associate with Kanye. I’m team Kanye and believe that the Grammys got it wrong that year.

Jay and Ye. The dynamic duo from 200-how long. Women celebrate their sisterhood all the time, so there is something about the BFF relationship between these two black dudes that warms my heart. Kanye never smiles as wide as when he’s around his dude.

Kanye gave us Yeezus in 2013. It was avant-garde. It was edgy. It was different. It was... interesting. This definitely wasn't your old Ye. This was have your daughter baptized where Jesus was Ye. Sell the people a white tee for $200 Ye. As he grew and changed, so to did his music. But that’s the evolution of any artist, over a decade later his style and subject matter would differ from when he first started.

As we all take a trip down memory lane and play Songza channels that remind us of his production skills — we'd gladly go back in time to give those versions of Kanye awards that we (and probably he himself) think he deserves.