If "Sailor Moon" were to be doused with black girl magic, this is how it would look.

When black girl magic meets Sailor Moon, you get the best of both worlds.

A Kickstarter for "Adorned by Chi: The Graphic Novel" asks donors to give what they can to help fund-raise $15,000 for production of the interactive novel which centers around five Nigerian students. The dainty outfits sported by the characters as well as their dope superpowers will strike a familiar chord with "Sailor Moon."

The graphic novel will feature a story-line similar to that of the 1990s series. Five characters will enter a world of magic when an ancient apocalyptic beast named Nothing awakens and threatens humankind.

Hey there! We're working on a really cool interactive graphic novel with some of our cool friends- @crystalngalloway @blgalloway @alanaladsonart @momopixels @happy_monstah @emantheheartbreak @krystalgemmusic !! We've dropped some of the main characters and you guys were asking when you can pre-order...the answer is soon! Our Kickstarter for #adornedbychithestory will be dropping this Friday 😊❤

Pulling from Nigerian Igbo mythology, Aye will write the 100 plus page graphic novel and comic series with Crystal Galloway creating the artwork. Galloway is a Chicago-based illustrator and Aye resides in Dallas, Texas. Other creatives involved in this project include animator Brittney Galloway, who will turn all of the characters' transformations into an animated sequence, and Eman the Heartbreak, Momo Pixel, & Krystal Gem who will create the soundtrack to its videos.

Take a look at the character profiles done to show give donors an idea what the story will be about: 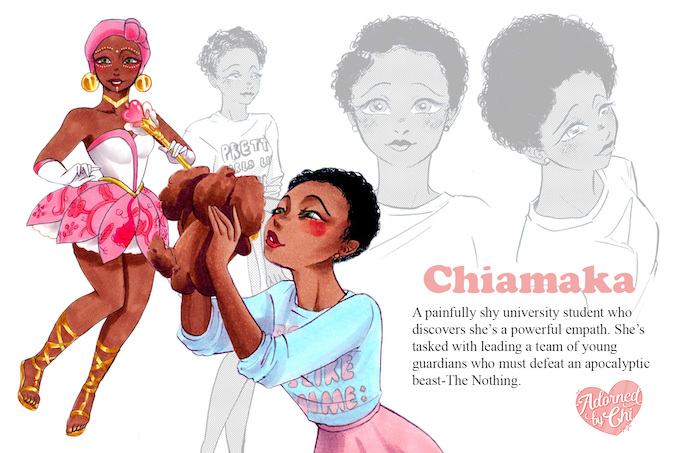 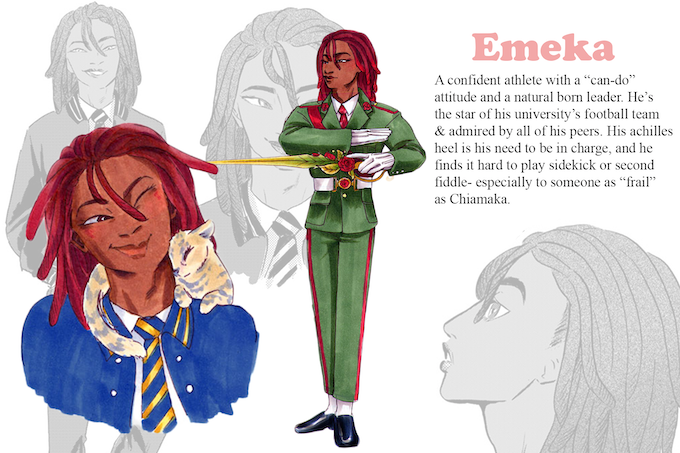 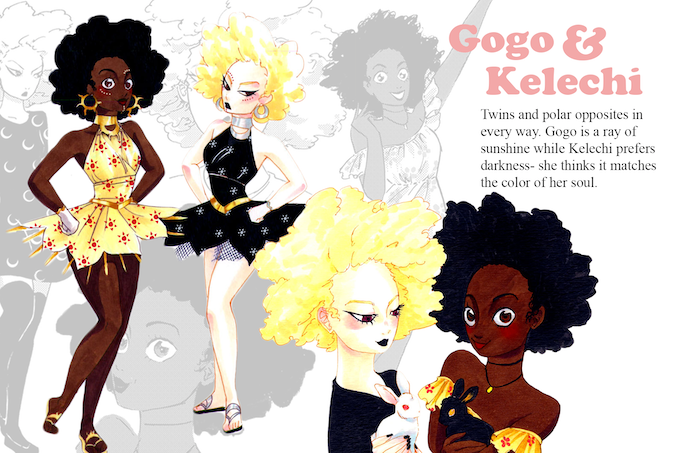 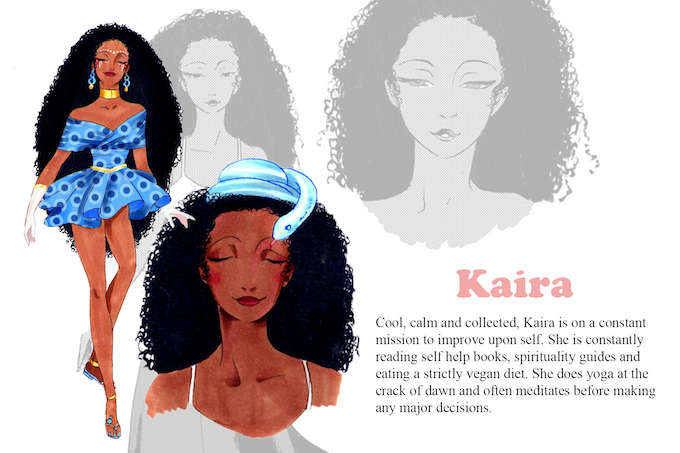 With 25 days left and almost $6,000 raised, the Adorned By Chi: Graphic Novel is almost halfway backed. Go out and support this dope project!