Photographer Lakisha Cohill sought out to change perceptions about breastfeeding in the black community.

A group of Alabama moms gathered to change the negative perceptions about breastfeeding and to encourage others in the black community to support moms who want to provide natural nutrition to their children.

It all started when Alabama mom Angel Warren posted an open call on Facebook encouraging breastfeeding moms to come together for a PSA photo shoot for Black Breastfeeding Week. She and the willing participants bonded during the course of the shoot and formed the group, the Chocolate Milk Mommies of Birmingham. That bond was everything because all of the women involved decided to shoot again.

Dressed as goddesses reminiscent of Oshun, the women featured freely feed their children without a care in the world. No shame and not a single worry. 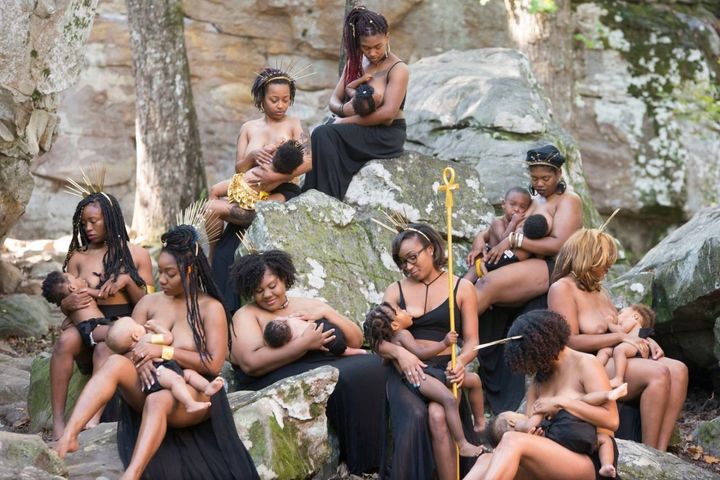 “To breastfeed, it takes strength, patience and poise,” says 26-year-old, first-time mom Rauslyn Adams. “We utilized the photo as a tool to bring awareness that it’s OK to feed your baby the natural way." 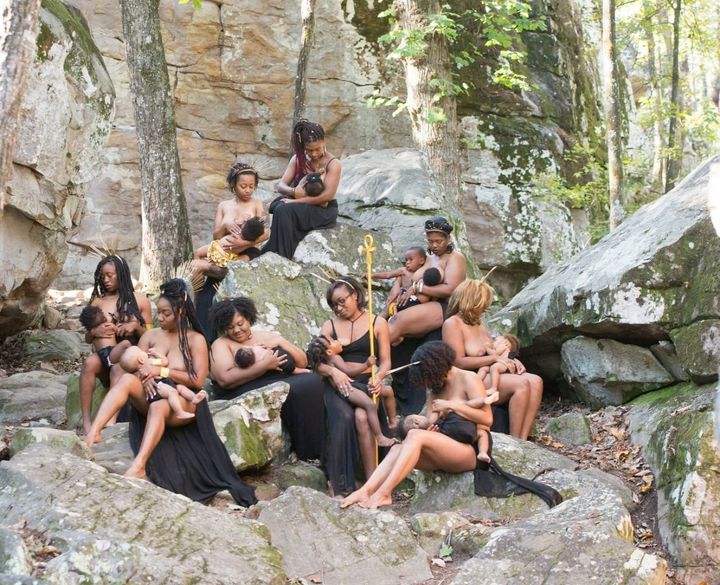 Another mom, 26-year-old Charity Moore, wanted others to know that breastfeeding is empowering despite the criticism others may throw at them and that "normalization" requires representation.

"We wanted to do something to capture the essence of how natural breastfeeding is,” Moore told Yahoo Lifestyle. “We used crowns to remind each other that we are queens and to keep one another lifted. We chose to come together to normalize breastfeeding. And it’ll never be ‘normal,’ unless it’s seen.”

Photographer Lakisha Cohill took these gorgeous photos not expecting them to go viral.

“I had no idea it would go viral. I just wanted to spread a beautiful, positive message through art, because these images are so powerful, and tell so many beautiful stories. Each woman represents a different chapter, including the one behind the lens,” says the photographer.

Moore echoes the sentiments of many of the women who participated in the photo shoot. She says that people have to “stop treating breastfeeding like it’s some dirty, shameful act that people should keep hidden and stop doing as soon as possible.

"Breastfeeding is an amazing part of life and should be celebrated, not treated like some dirty little secret.”