"You messed with the wrong Queen": An angry Yelp tale by Tituss Burgess

He issued dissatisfaction in a way that only Tituss can.

Check out Burgess' classy read below. 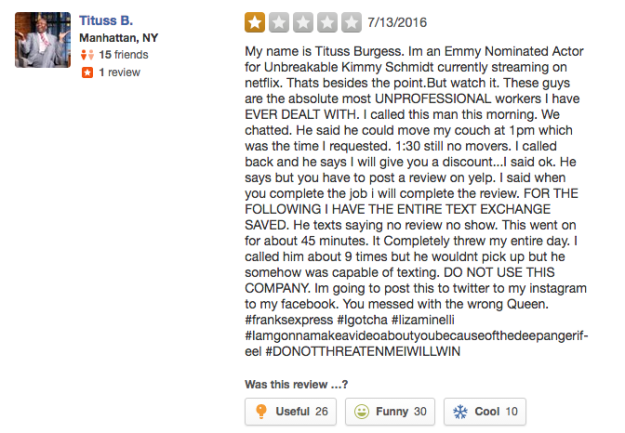 Burgess used all his social media power to put Franks Express on blast.

He wasn't lying about the texts or slurs. Peep Exhibits A and B. 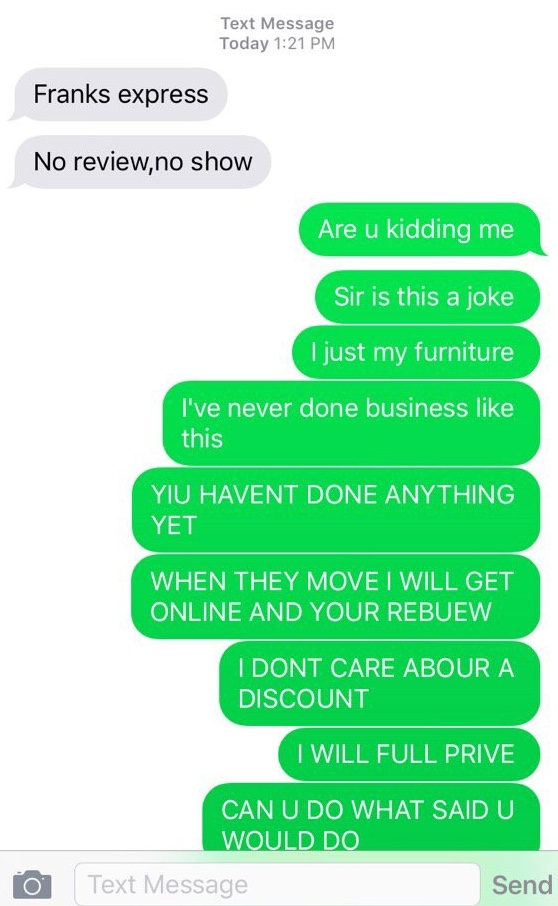 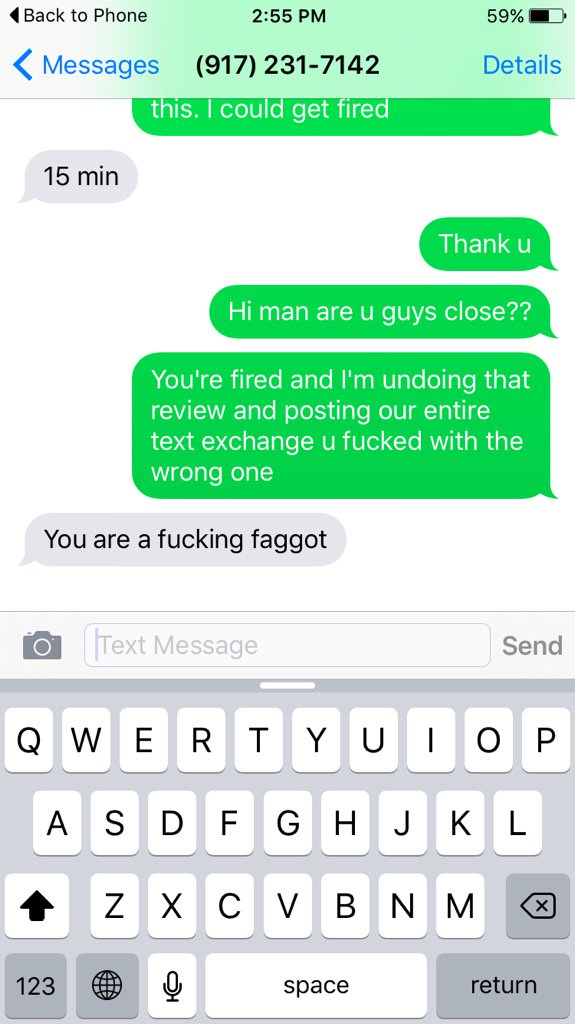 Franks Express is desperately trying to right this wrong. They're currently cleaning up their Yelp page, and even released a statement regarding Burgess' claims
“Dear Tituss Burgess, I am really sorry to hear that u went through all this situation-misunderstanding, I am not sure what company you dealt with, but I want to assure you, it wasn’t Franks Express Inc, we are value all our customers and doing best to satisfied them all. In your review that u have posted, u mentioned that u saved a chat and txt u had with our company, may you please provide an email and phone # u had a chat with, we have a two phone lines and working email, and none of the following had any conversation with you Let our company solve this MISUNDERSTANDING, we would be Glad to help you out. Again, NONE of the Franks Express Inc’s employee had a conversation with you. Hope to hear back from you.”

Sorry, but the damage has already been done.