Some of the best art comes as a result of pain, and honest lyrics can be better than therapy depending on who you ask. For Toronto MC Dijah, she drew from her experiences with mental illness to create her latest EP, BLUE — a nine-track project she hopes will start more conversations around depression, anxiety, post-traumatic stress disorder and drug dependence; particularly in communities of color where they're more likely to go unaddressed and untreated
To coincide with its release, she started WhyIsDijahBlue, a Tumblr blog where she not only shared the details of her own battle with depression and anxiety but gives readers the freedom to share their stories anonymously — creating a safe space for anyone feeling moved by her music or who just needs a place to vent. Dijah shared her thoughts on the project and blog in more detail, stressing the importance of strong support systems and the ability to be vulnerable during the healing process. 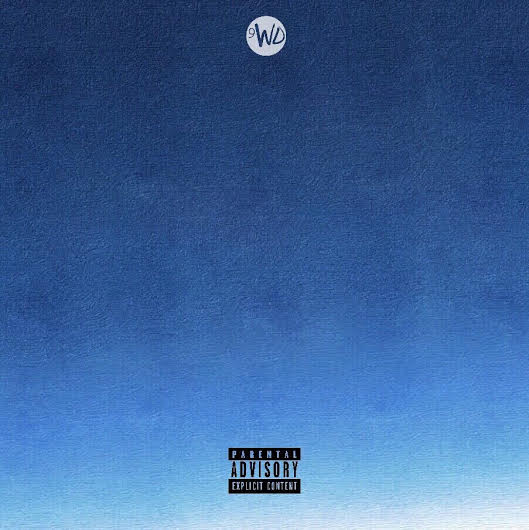 Photo: WhyIsDijahBlue You were so candid about your experiences with mental illness on the blog WhyIsDijahBlue. What allowed you to finally able to be so open about it? Dijah: I believe what finally made me so open about mental illness is that I realized suffering in silence was damaging me. It hurt to keep those kind of emotions inside. No friend or family really wants to hear that you are depressed. It makes a lot of people uncomfortable to hear about let alone share with somebody, so I figured if I pushed boundaries and found something within myself that I've experienced first hand to write about, it would be easier to produce a project. I was extremely nervous to let people know things like how I was suicidal and having mental breakdowns, but people relate and the feeling is remarkable knowing that you are not alone or lost by yourself. Although I would never wish those kind of feelings on my worst enemy. Was there anything about making the project that made you apprehensive? The opinions of your friends or family? Dijah: Yes, as a matter of fact my mother wanted a link to the tape and I had to shoot her a disclaimer. I told her, "Ma, I say a lot of things on this tape but I don't feel that way anymore a majority of the time." Just so she isn't halfway scared to death hearing that her daughter didn't want to live at times. It's hard and a tough thing to tackle because of how words can be misinterpreted, especially lyrics. As for my friends, a lot of people took time out to reach out to me and tell me they're rooting for me and that they're thankful that I have shared my story. So far the reaction to my tape has been positive. Do you think stigmas around mental illness are more obvious or difficult in the black community? Dijah: Definitely. It's like in our culture we're not allowed to be weak or show emotion, especially the men. They force feed all this masculinity and strong black woman bullsh*t to make it seem like emotions aren't supposed to exist. I just feel like in the black community we don't really have means for letting our frustrations out without being called angry or bitter. We don't have the space to really be emotional or feel intensely. Most of our parents and grandparents cannot comprehend how depression even works. Most of the time they'll assume we're lazy or overreacting. I've had many of my friends tell me they could never go to their adult family to talk about mental illness. It's like a myth to them. Why was it so important for you to create a space where other people could share their stories also? Dijah: I feel like if I lead by example more people would be able to feel the courage to speak out. It's important because people need to be heard. A lot of people take the 'deal with it yourself' route. I have the courage to say I can't do that. I need love and support and I don't believe that makes anybody a weak being. There are times when being independent is important, but I am not afraid to admit I'm a sensitive being that needs love to get by. So I wanted to create a space to relay that message. Being alone in your mind sucks. A space to talk gives your mind a break and gives you the means to relate to people. Bonds are important for healing. How important do you think sharing is to the healing process when it comes to mental health? Dijah: It's extremely important. As I said, bonds are crucial toward mental health issues. If there is no bond to anything, your worthlessness is reinforced because you have nobody to tell you it will be ok or that they've been through it before and are shining now. In order to heal you have to first admit there's an issue. Speaking about it is an important step. Acknowledging it is an important step, probably the most important. For more information visit WhyIsDijahBlue.tumblr.com Her project BLUE is available now on SoundCloud. Sajae is a Toronto-based writer and digital creator who enjoys long walks to wherever the snacks are. She can be found stanning for coconut oil on Twitter at @JaeFiasco

READ NEXT: Hear our voices, don't ignore our cries: Why are our activists killing themselves?