Why we wear our crowns: The vision of Gordon Parks

Why We Wear Our Crowns is a series that highlights social justice advocates from the African American community and throughout the African Diaspora. We hope that by showcasing those who dedicated their lives for us to own ours, you’re inspired to wear your crowns proudly. GORDON PARKS 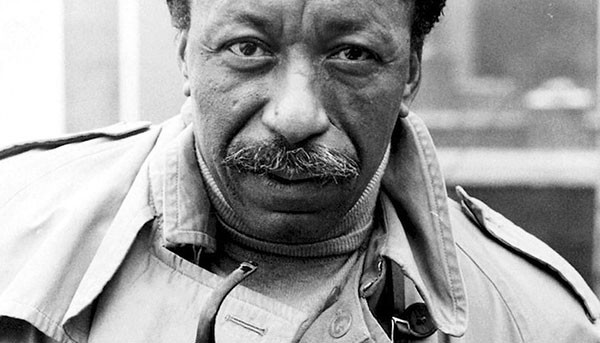 Photo: toddsnyder November 30, 1912- March 7, 2006 Photographer, Writer, Filmmaker, Artist, Activist Point. Click. Shoot. After picking up his first camera in 1937, Gordon Parks had found his weapon in the fight for racial equality. The turbulent times of 20th century America were filled with propaganda that disingenuously rendered black peoples' lives under a false pretense. Gordon Parks set to reconfigure that narrative, seek the truth, and illustrate it in a way that accurately depicted the complexities surrounding the black experience. Behind the lens, Parks dedicated his life to serving as a humanitarian and an artist. His images were striking, haunting, and unforgettable. As a photographer, writer, artist, composer, and filmmaker, Parks made his mark in the world by matching imagery with activism and changing the scenery for how blackness would be portrayed. 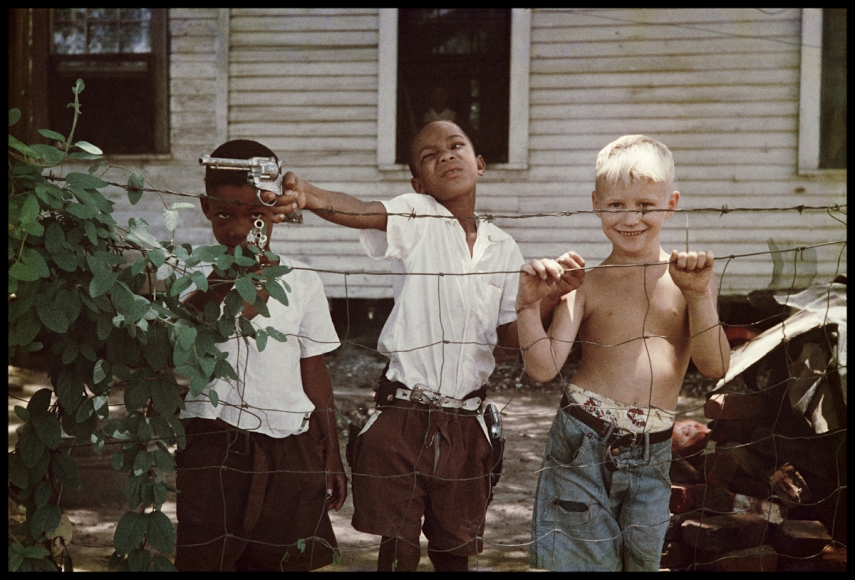 Photo: Gordon Parks Parks' humble beginnings, as the youngest child of 15 children and growing up in racially tense Fort Scott, Kansas, led to his adeptness to facing adversity. At the age of 15, following the death of his mother, he moved to Minnesota to live with a sister. After being kicked out and left to fend for himself, Parks spent a few years finding work and solace wherever he could. With no high school degree, Parks used his skills as a piano player and singer to play music in brothels and gentleman’s clubs, and even had a small stint as a semi-pro basketball player. He didn’t get the idea to pick up the camera until being introduced to picture magazines and although he had never used the device before, set his sights on becoming a photographer
Lacking any instruction, but armed with talent, Parks budding career as a photographer began at the age of 25 in Chicago, Illinois. His first photographs depicted portraits of high society women, but his images of African American life across the Southside of Chicago, led to him receiving the Julius Rosenwald Photography Fellowship and his first contract career as a documentarian for the Farm Security Administration(FSA) in the nation’s capital. It was under this role that Parks took the iconic image that is known today as American Gothic. Bearing the same name as the Grant Wood painting, Parks took the photo in anger as a response to the racism he faced in dining and public establishments in Washington D.C. The image portrays Ella Watson, a black woman, whose job was to clean the FSA building, standing against the blurred background of the American flag. The photo calls into question the “American Dream” and how far away one is from obtaining the ideal based upon their skin color and disposition. It was Parks’ fearlessness to draw attention to subjects that would make viewers unsettled, uncomfortable, but unable to look away that would lead to his success and legacy as a photographer. When the FSA closed in 1943, Parks continued to develop his portfolio as a freelancer taking photos and began to combine his talents with humanitarian efforts in a way that made his work much more visible. 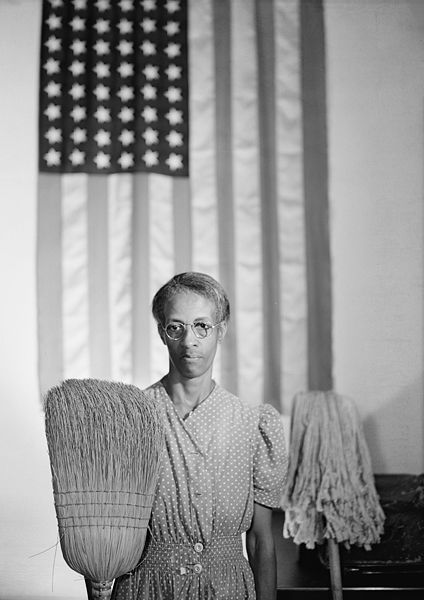 Photo: Gordon Parks Upon moving to Harlem, New York, Parks made history in 1948, as the first African American photographer and staff writer for Life magazine after submitting a piece highlighting a young Harlem gang leader. It was Parks’ identity and not despite it, that led to his subsequent success over 20 years with Life magazine. As an African American man he was able to photograph and speak to subjects at length in a way that his white co-workers were unable to do. While he sometimes faced scrutiny for what many cited as his “working for the oppressor” he operated on an idea that he filled a void for the lack of black photographers doing the work that he did and addressing the issues he covered. One can only imagine the dreams a poor black boy was able to conjure for himself upon the sight of Parks making a living out of his art and talent. Parks diligent work led to a number of awards, one of the first being presented the “Photographer of the Year” award from the American Society of Magazine Photographers in 1960. One of Parks most engaging contributions to Life was a series printed in 1961 in which he illustrated the life of a young boy, Flavio de Silva in the favelas of Brazil. In response to the cruel poverty and unhealthy living conditions depicted in the photos, the magazine’s audience sent nearly $30,000 in an effort to help alleviate the boy and his family from the financial constraints they faced. His work thereafter continued to emit public responses and incite conversations around the underrepresented stories and lives of people in the U.S. and abroad in American publications. While in his position at Life, Parks also chronicled the lives of subjects that allowed him to use his camera against the things he disliked about America the most, including poverty, racism and discrimination. Some of his most powerful photos include his photography series following families in Mobile, Alabama, illustrating the effects of racial segregation. He furthered his activist and humanitarian efforts by becoming a tireless fighter in the Civil Rights Movement and documented its progress. He also drew attention to activists and political change makers of the day with photographs of Muhammad Ali, the Black Muslims, the Black Panthers, Adam Clayton Powell, Jr., Malcolm X, and Stokely Carmichael. Malcolm X would later speak on Parks in his autobiography in saying that "success among whites never made Parks lose touch with black reality." 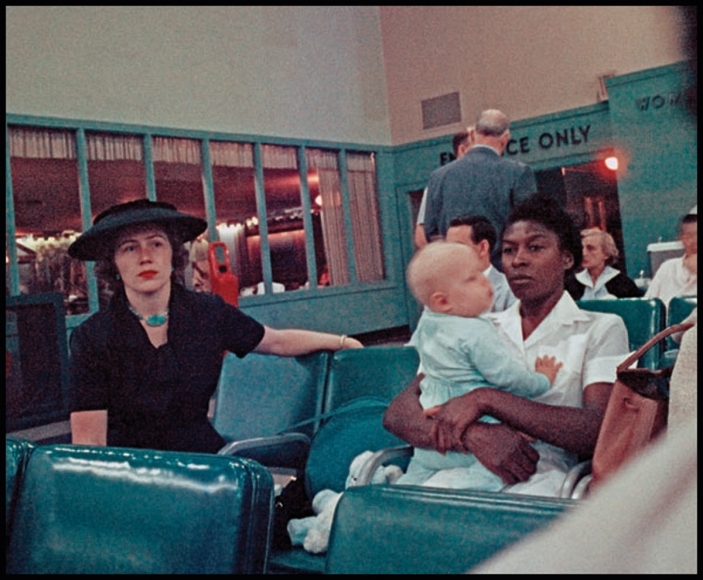 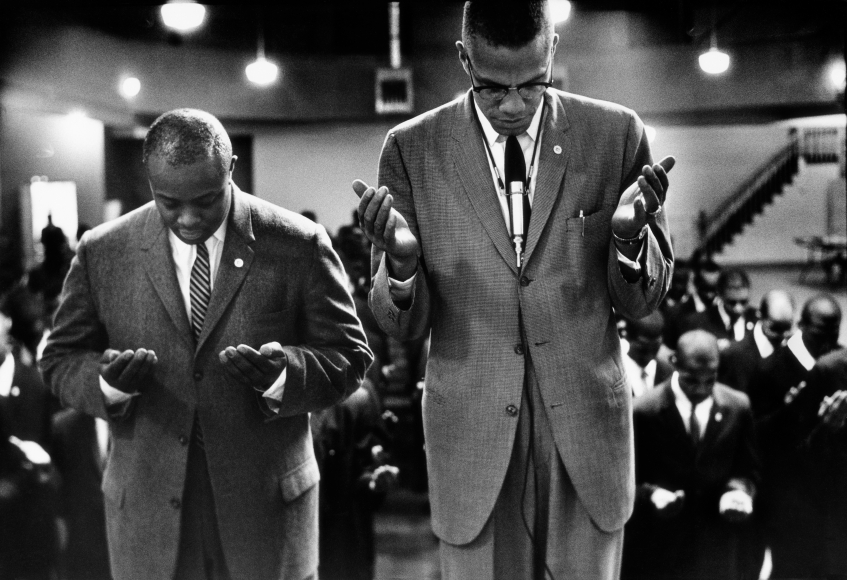 Photo: Gordon Parks Parks talent didn’t stop at taking his photos, for his literary prowess would lead to a multitude of other opportunities that he is remembered for today. In 1970, Parks became a co-founder of Essence magazine and would be it’s editorial director during its first three years. His way of words also led to several literary works including his memoirs, and the most well-known is the coming of age story of a young black boy in the book, “The Learning Tree.” The novel went onto be adapted for the big screen in 1969 and Parks became the first African American to write and direct a Hollywood feature film during its production. He also wrote the score for the soundtrack and acted as cinematographer for the film. Parks kept breaking barriers in cinema and is revered for laying the foundation for blaxploitation films with his creations of “Shaft”(1971) and “Shaft’s Big Score” (1972). Subsequently, the films “The Learning Tree” and “Shaft” were permanently preserved in the Library of Congress as part of the National Film Registry.

Photo: Kiara Collins Upon leaving his position at Life, Parks continued to write, photograph and compose music. Parks' later works would include going onto compose a ballet in commemoration of the late Rev. Dr. Martin Luther King Jr. and combine his photography into exhibition works to be viewed by the general public. He also wrote several more novels and memoirs to follow-up on the more recent progressions of his life at the time. In 1988, Parks was awarded the National Medal of Arts by President Ronald Reagan and before succumbing to cancer in 2006 at age 93, was awarded over 40 honorary degrees and awards including lifetime achievement awards from the Jackie Robinson Foundation, The Congress of Racial Equality, the Spingarn Medal from the NAACP, and was inducted into the International Photography Hall of Fame and Museum in 2002. The story of Gordon Parks is about having a vision and making it happen. With the camera as his weapon and the people as his ammunition, he captured and reflected on his sentiments about racial disparity, injustice, suffering, and discrimination of black people. His passion acted as the catalyst for seeking his purpose and ultimately led to his being one of the most powerful, seminal figures in the history of photography and one of the greatest visionaries of all time. He paved the way for many of the black artists who would come to use their cameras to illustrate the social, cultural and political movements of the black experience across the diaspora. Parks' body of work leaves behind a legacy of facing the truth for what it was, still is today, and teaching us to find a way to use our talents and climb the way to our own truths. Gordon Parks is the reason why we wear our crowns 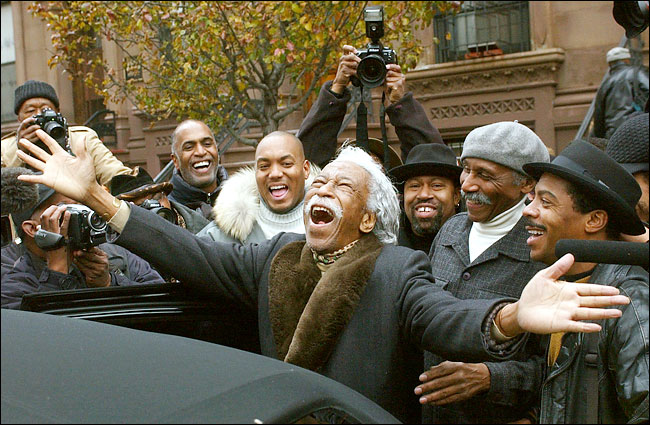 READ NEXT: 15 Empowering quotes from Malcolm X that continue to inspire us