Lemonade, which dropped Saturday night, one line stood out to many BeyHivers:

And the Hive was ready to fight for their queen

If I ever see Becky with the good hair... We gon' fight.

Everyone’s memories flashed back to the infamous elevator fight which was rumored to be about Jay cheating with Rachel Roy, designer and ex-wife to Dame Dash. The theory gained momentum when Rachel Roy posted this on instagram: 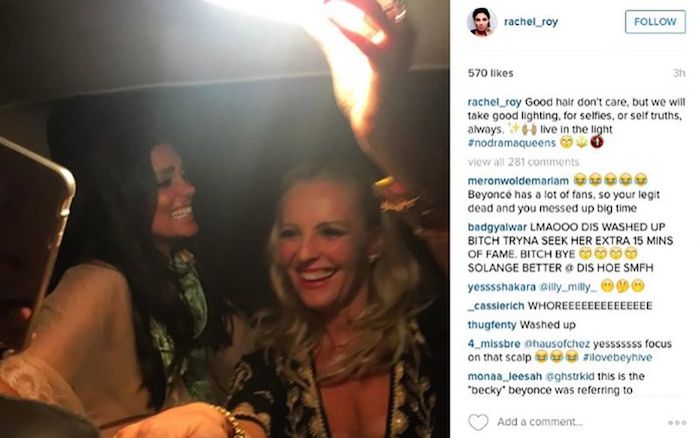 Photo:twitter However lines of communication were crossed among the ranks of the Hive and stans started coming for celebrity chef Rachel Ray!

Her mentions were in shambles: 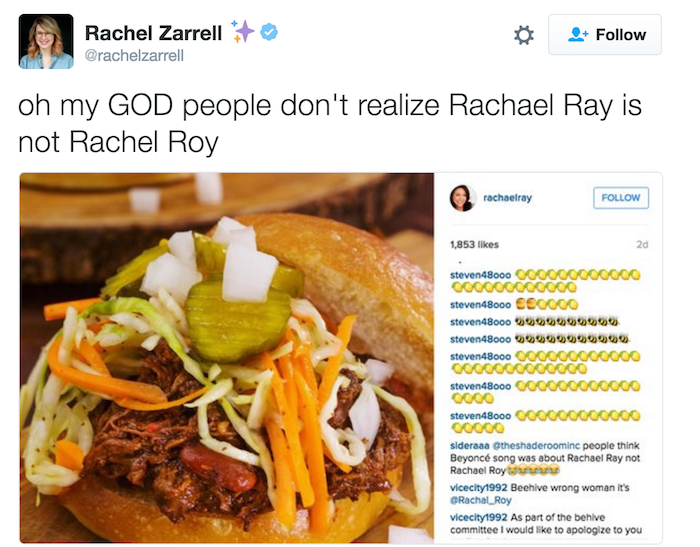 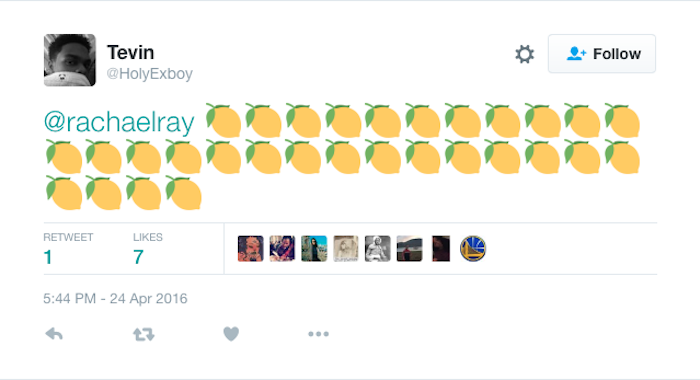 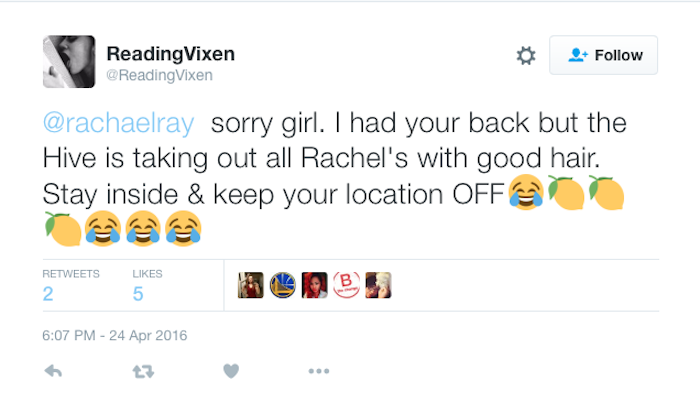 And so they started to back off 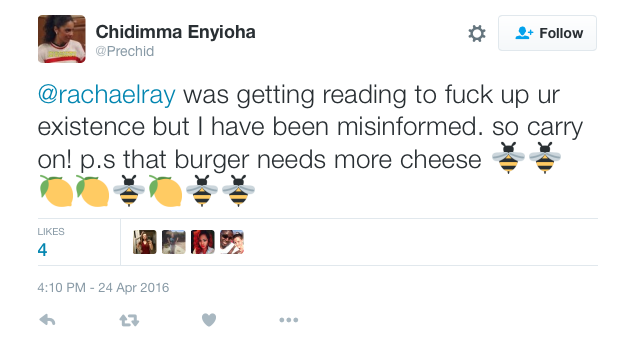 But they found the right Becky

Exclusive pic of Rachel Roy after she popped off for the Gram. Bless. #LEMONADE 🐝🍋 pic.twitter.com/f5LTXeAsnd — ☔️ April ☔️ (@ReignOfApril) April 24, 2016

And she's now resting under a lemonade stand 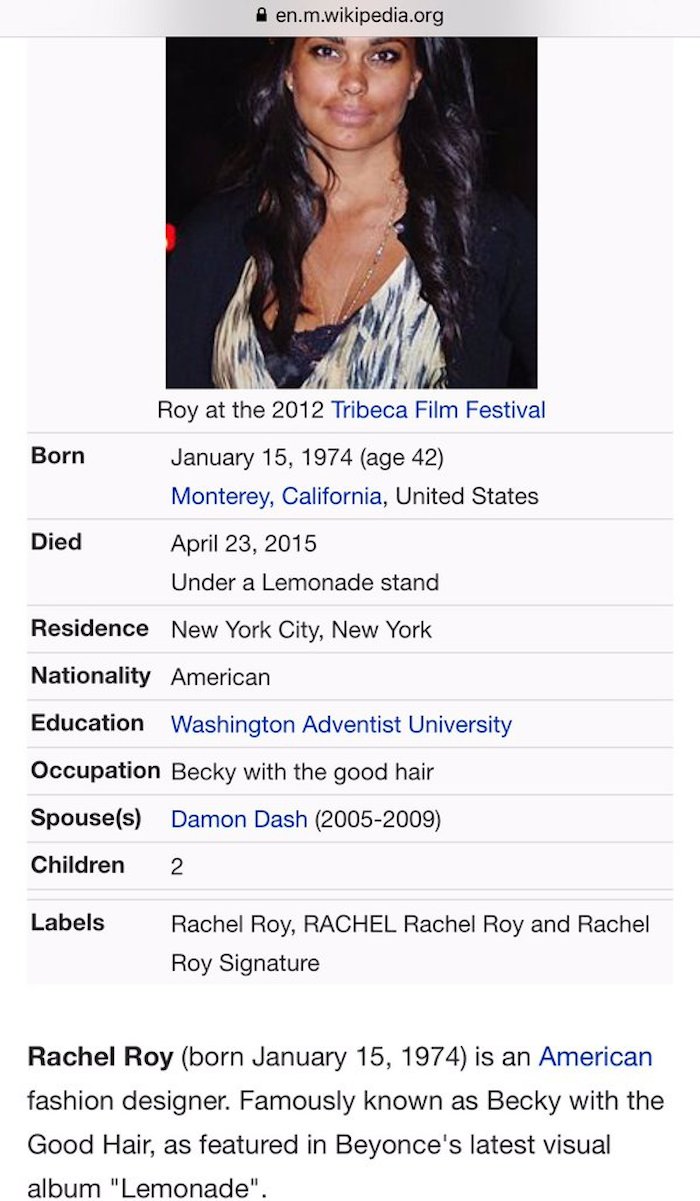 For real, online bullying is not OK. But the mixup was hilarious:

People are mistaking Rachel Ray for Rachel Roy on Instagram. Uh, kudos to her for posting a lemonade recipe? pic.twitter.com/RzhngWNn68

But the confusion birthed perfect jokes

Rachel Ray looking at Rachel Roy this morning like 🍋🐝 pic.twitter.com/2eI3jLTDQn

But Rachael Ray carried on with her day

But there were a few more jokes to be had

Leaving us with this hilarious hypothetical situation

This would be so much funnier if Jay Z cheated with Rachel Ray instead of Rachel Roy pic.twitter.com/iHZhOdANfh — Jerry Bird (@BostonJerry) April 24, 2016

Get your vowels right Hive!

READ NEXT: 10 Shadiest moments that Prince blessed us with over the years