6 Reasons It's Time That All Of Africa Legalizes Cannabis

When we think of a cannabis user, we often think of the couch potato who watches trippy cat videos, retweets ridiculous memes and plays loose with substance abuse. We rarely think of the farmer in swamplands who grows and sells cannabis to feed her family or the rural communities which are largely sustained by it. The production and sale of cannabis has given a platform to farmers who want to take control of their own destiny. Legal prohibition of cannabis in Africa can be dated all the way back to the 18th century and reinforced throughout colonial Africa. Whether you disagree with cannabis use or not, it already has deep roots in African history, it has concrete medical and industrial uses, it is good for the economy and for farmers, it’s criminalization is too costly to maintain and enforce, and, let’s be frank, Africa’s justice system has bigger things to worry about than arresting marijuana farmers and users. With new scientific studies that debunk dated-myths about cannabis, strong economic rationale, and a global push towards legalization, there hasn’t been a better time for Africa to take an affirmative stance on cannabis. 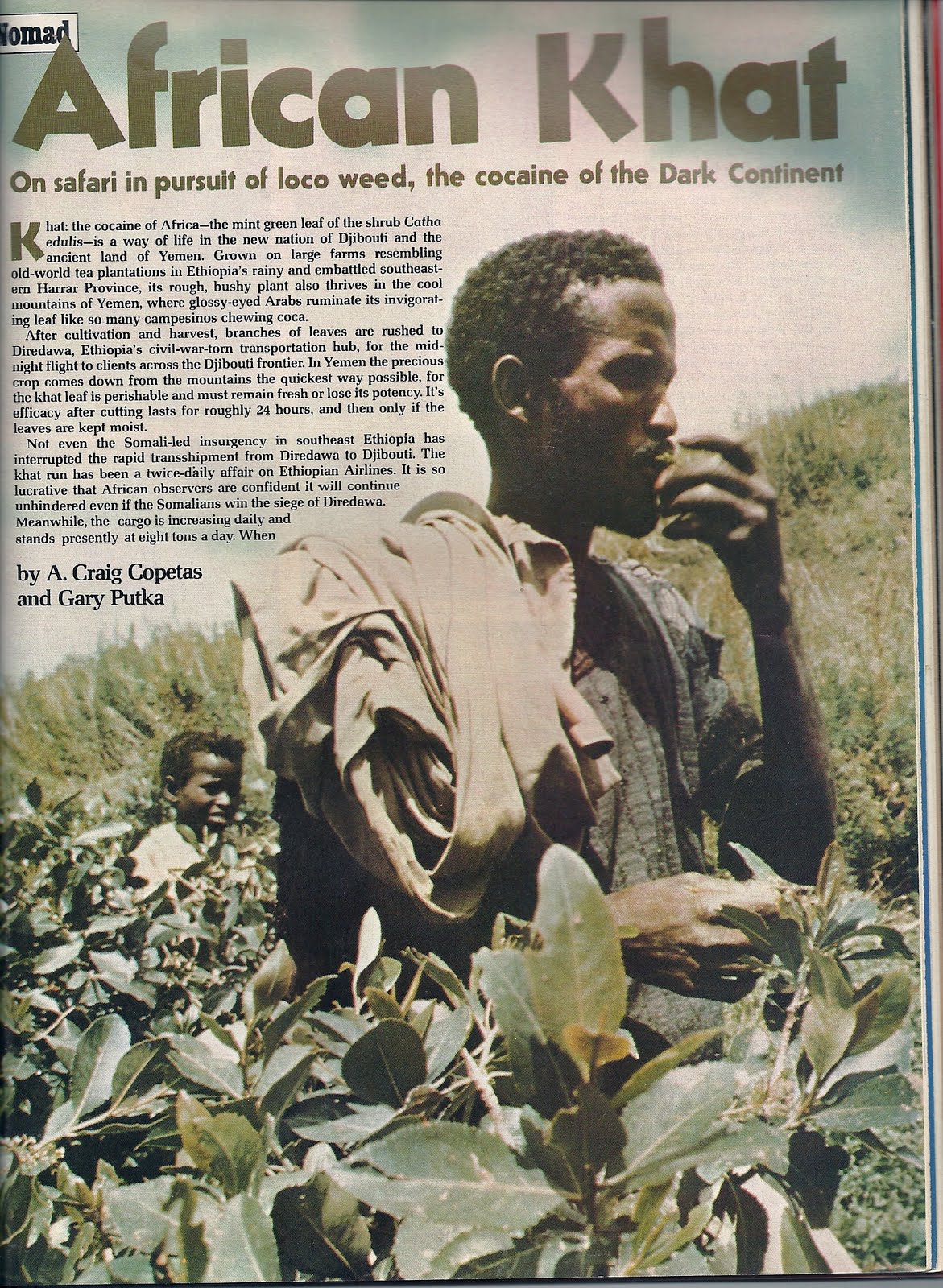 Africans Have Been Invested In Weed

Africa isn’t new to this. The hemp derived from cannabis called sativa is the low THC, non-psychoactive sibling of marijuana and has been used to make paper, fuel, cooking oil, rope, soap, building materials, and the list goes on. The earliest reports of Africans actually smoking (or drinking) marijuana (high THC, psychoactive) doesn’t come until the 14th-century when archeologists found marijuana resin in 2 ceramic smoker pipe (“bowls”) in Ethiopia. Originally from northern Africa, nomadic Bantu-speaking tribes are credited for carrying cannabis seeds on their journey down to southern Africa and spreading it across the continent in the process.

Marijuana plays an important largely due to its medicinal properties. With a lack of medical professionals and proper healthcare facilities in rural areas, medical marijuana is an opportunity for African governments to legalize a substance that can make people’s lives a little easier. Research has shown that marijuana can help people living AIDS/HIV to eat and sleep better, experience a better mood, and even helps with neuropathic pain. Additionally, a CNN report highlighted studies which state that marijuana helps with arthritis (reduces pain-causing inflammation), cancer (kills cancer cells and improves radiation treatment), chronic pain, epilepsy (reduced frequency of seizures), and glaucoma (preserve nerves that lead to blindness). If you still believe weed is a gateway drug, you may need to do your Googles and come back to this.

The weed market has the potential to do to the African economy what it’s already doing in other continents across the globe. CNN sites a UN Survey which states more than 10,000 tons of cannabis are produced on the continent of Africa each year. Based on a rapidly expanding global market for legal weed, leading advocates estimate a potential billion dollar industry in Africa. Not only does this give room for opportunity to stimulate the economy, it can prove to be a unique way for the government and independent farmers to work together. Importantly, it can help reduce unemployment in women (as they are reportedly the biggest dealers in Africa), and young people. With a growing youth population, many of whom are jobless, legalization can help reduce violence and civil unrest.

The bottom line is weed is good for farmers. From an agricultural perspective, cannabis is just easier to grow and more lucrative than other crops such as maize and sugarcane. Weed farming is an important cash crop in places like the rural Eastern Cape. If African countries legalize production, it can potentially usher in new farm technology and can tap into a huge learning potential for the local farmers, who often lack formal education.  African countries will then have to create government institutions to tackle the sustainable food security and production issues.

Regulation Is Too Costly

Regulating cannabis is costly and environmentally damaging with negative effects on people. For the past 10 years, Kenya’s anti-narcotics unit has conducted a vicious campaign to stop cultivation and trade of weed (or bhang). Hundreds of hectares of plantations in the Mount Kenya regions of Embu and Meru are bulldozed or put on fire each year. Despite their efforts, high demand and lack of alternative sources of income drive farmers to continue to harvest. In Zimbabwe, before the legalization of medical marijuana, possession, growing, or use of cannabis for any reason could leave you with a 12-year jail sentence. In Mauritius, an estimated 75% of prisoners are in jails for smoking marijuana. In Gabon, the penalty is six months to two years and a fine.

There is a human cost as well. These government methods, bulldozing crops, spraying pesticides, and long-winded arrests leave devastating collateral damage. For example, in Lusikisiki, Kenya, in a village comprised of just 32 huts and is accessible only on horseback or by foot, community members recall that at first, police squads marched into villages and uprooted plantations by hand, burning whatever they found and booting suspects into jail. They switched to herbicides in 1980, dispensing chemicals using hand-held pumps. By the end of the decade, helicopters had replaced ground patrols, expanding the operation’s reach and enabling pilots to wipe out entire fields within minutes. authorities spray pesticides in the air and that same poison creeps into homes, cheapens the air quality, and makes the animals fall ill when they eat the plants. The government disregards the fact that cannabis leaves alone are no good for smoking so spraying pesticides as a way to reduce pot smoking isn’t the most narrowly-tailored way to do so. When will we stop the violence against our own people?

African Countries Should Keep Up

Other parts of the world are already on it. Legalization efforts are rapidly advancing in the United States. Over the past decade, several states have legalized medicinal marijuana and a hand full of states legalized it for recreational use. A recent bi-partisan bill proposes legalization on a federal level. Similar propositions are being pitched in Europe and South America. Though still largely illegal in most European countries, the financial impact of marijuana sales is helping grow their economies: cannabis sales make up for 0.64% of Lativa’s GDP, 0.47% of Australia’s, 1.45% of Czech Republic’s, 0.36% of Slovenia’s, and it makes up 0.34% of GDP of New Zealand.

Did you know it was already legal in some countries?

Don’t get me wrong, a handful of countries in Africa have already joined the "green wave", despite major pushback. Zimbabwe recently legalized the growing and use of cannabis for scientific and medicinal use. Lesotho’s government awarded it’s first cultivation and sale license allowing marijuana farmers to South African alternative medicine company Verve Dynamics. Morocco’s marijuana industry employs 800,000 people and is estimated $10 billion a year in sales. The Malawi government is cultivating hemp on a trial basis for the use of fabric and food products. The Ghana Standards Authority recently suggested that the national campaign to cultivate marijuana could generate valuable income. The Swazi House Assembly of Swaziland has appointed a committee focused on legalization research. With intense pressure from advocates, the South African government has taken strides and is well on its way to legalization. African lawmakers need to eradicate prehistoric laws that aren’t up to date with the pace of the modern global market. They need to see the huge education potential for rural farmers, potential for alleviation of ailments in rural areas, and the potential for government institutions and unprecedented partnerships with farmers. 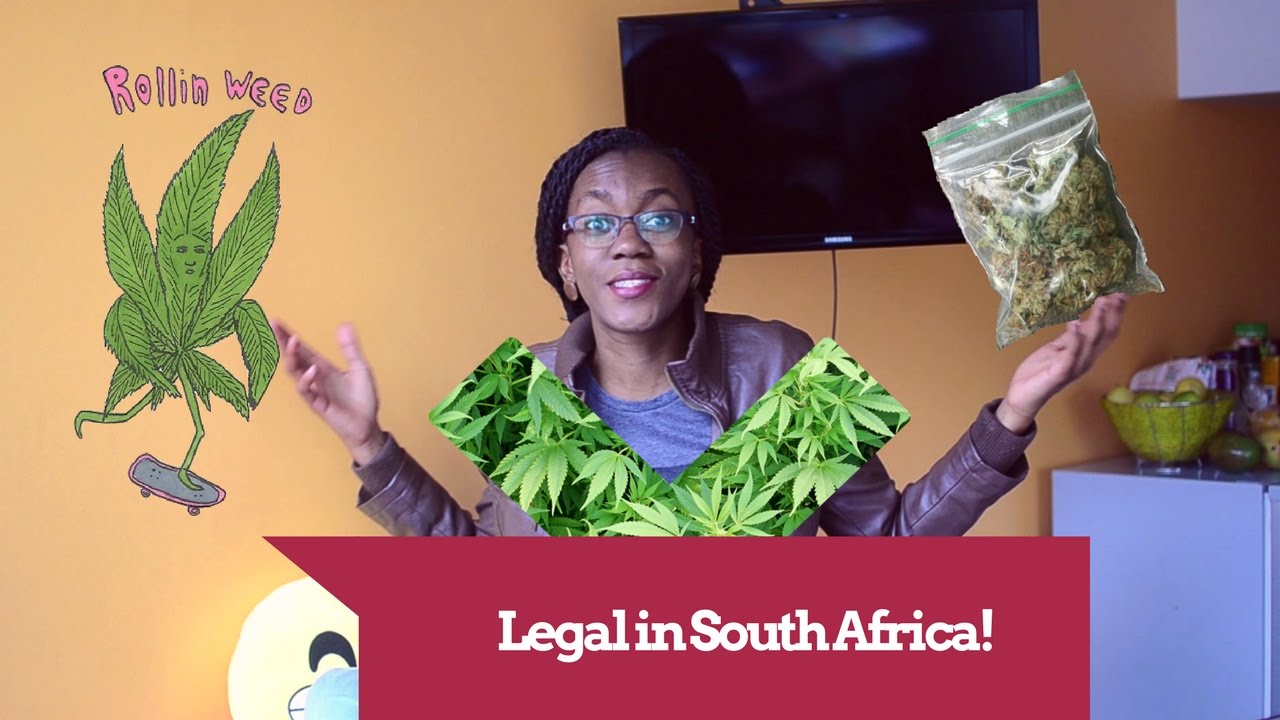