The trial for her killer, John Cowell, began last week.

The trial for John Cowell, the man who killed Nia Wilson in a California train station, began last week.

Wilson, 18, died on the platform of the MacArthur BART station in July 2018 after Cowell, 29, reportedly stabbed her in the neck, as Blavity previously reported. Her sister, Letifah, was also stabbed but she survived her injuries. Cowell was arrested two days later and eventually charged with murder and attempted murder. The prosecution is not seeking the death penalty.

The trial began on Wednesday, and it was an eventful start. Cowell was kicked out of the courtroom after he interrupted the prosecution’s opening statement twice, reported ABC 7. The accused murderer was upset because the attorney implied he followed the sisters into the BART station. The prosecution argued Cowell was lying in wait before he attacked Wilson. His legal team admitted he killed Wilson, but they blamed mental illness for his actions.

The hearing proceeded despite Cowell’s behavior. The gallery was shown video footage of the stabbings, drawing emotional responses from Wilson’s family. Alicia Greyson, Wilson’s mother, later said the video was “too much for me to watch." She also accused Cowell of getting kicked out on purpose.

On the second day, Cowell refused to appear in court despite persuasion attempts from deputies, reports KRON 4.

“Honestly I think he got kicked out on purpose because he didn't want to see the video,” Greyson said.

We will be following the trial for updates. In the meantime, here’s a refresher on Nia Wilson’s short life and her tragic death:

1. The moments before and after the attack

Before the attack, Nia and Letifah were heading home from a family function. The sisters were celebrating the birthday of Nia's late boyfriend who drowned two years ago, according to the Sacramento Bee. They listened to music and kept to themselves. However, during a train transfer, they were blindsided by Cowell. Letifah told ABC 7 they never had any contact with the man before this.

“I looked back, and he was wiping off his knife and stood at the stairs and just looked," Letifah told the outlet of the moments after the stabbing. "From then on, I was caring for my sister.”

She told the outlet Cowell "missed the artery" when he stabbed her.

“Thank God, missed the veins,” she said. “He tried to swing twice, hit me in my head.”

After the attack, reports were indicating Cowell changed clothing moments after the stabbing, per the East Bay Times.

2. She was a rapper with dreams of pursuing criminal justice.

Wilson just graduated from Oakland High School before this fatal incident. She was an artist who was passionate about dance, rap, make-up and was hoping to pursue a career in criminal justice or law, according to Yahoo News. At only 18, she had already produced tracks reflecting her unique style and personality. Letifah played her sister's music during a rally held in Nia's honor following her death.

Nia Wilson was a rapper, so her sister out here blasted some of her music #sayhername pic.twitter.com/MpUSIHlIqX

3. Nia died while helping a stranger.

CBS San Francisco reports Cowell fatally stabbed Nia while she was helping a woman struggling with a stroller. The kind act was not out of character for Nia who is remembered by her cousin Ebony Monroe as a "beautiful, sweet person," and Letifah describes her as the "sweetest person on the earth." 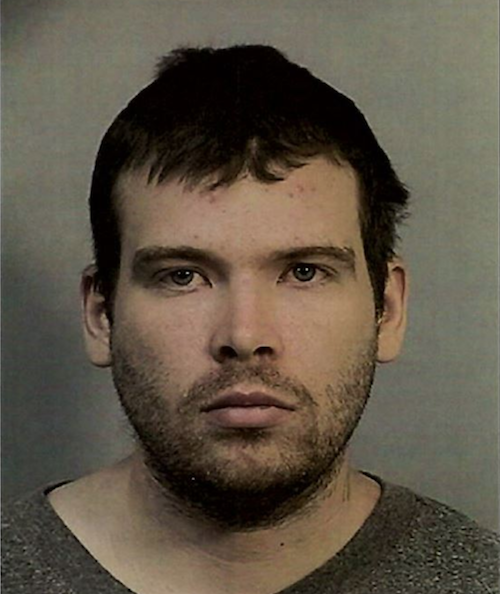 Cowell was a homeless felon according to the Sacramento Bee. He was arrested in 2016 for robbery in Contra Costa County, has warrants for his arrests as of this report and was arrested in July of 2019 for fare evasion. Cowell was also convicted for battery when he was 22 years old. BART Police Chief Carlos Rojas said in a press conference the unprovoked attack might not have been racially motivated, but they are also not ruling out the possibility.

However, there was a white nationalist group in the area at the time of the attack, reports Rolling Out. It isn't farfetched to believe the stabbing was an initiation. White supremacist groups have a notorious history of violence, and the Proud Boys are no different. Cowell was apprehended Monday, July 23, 2018, at the Pleasant Hill station by police.

5. Protests and the Proud Boys

About 1,000 people participated in demonstrations in Oakland on July 23, 2018, in response to Nia's death. Chants of "say her name" were heard from the massive gathering. The San Francisco Gate reports the group walked to the Make Westing bar where alt-right/white supremacist group the Proud Boys tried unsuccessfully to spread its message.

A GoFundMe campaign in Nia's name was launched in hopes of helping alleviate financial stress on the family. Donations quickly exceeded the original goal of $9,000, with over $45,000 given as of this publication.

7. Nia was the third person killed within a five-day period at a BART platform.

The Sacramento Bee reports the teenager was the third person killed at a BART station within a five-day span. Don Stevens, 47, was killed at the Bayfair station, and 51-year-old Gerald Bisbee died at home after an altercation at the Pleasant Hill station. Rojas referred to the killings as an "anomaly."