How Brandy Is Paying It Forward While Staying True To Herself

The singer and actor talks her latest collaboration with T.J.Maxx, Marshalls and HomeGoods.

What exactly makes someone a legend? Is it someone who’s proven themselves and their obvious talent time and time again? Can it be someone who has managed to stand the test of time, transcending multiple decades? How about an individual who has laid a musical blueprint that evokes inspiration out of an entire industry of their peers down to up-and-coming artists 20 years their junior? It turns out these qualities do constitute the material of a legend, and the legend in question is none other than the vocal bible herself, Brandy.

Dazzling audiences over the course of three decades in a variety of mediums ranging from acting to singing, Brandy is in a league entirely of her own. Whether it was bringing powerful characters to life that represented an entire generation, like Moesha, or crooning soulful ballads that still live on today, she’s certified in more ways than one — ways that live beyond Billboard charts. It is because of Brandy that many of us, children at the time, saw ourselves (and our dreams) actualized as Disney’s first Black princess, Cinderella, and today she’s inspiring a whole new generation through her charitable giving.

Our forever Cinderella sat down with Blavity News to discuss her latest collaboration with  T.J.Maxx, Marshalls and HomeGoods to launch the #SnowballFightAgainstHunger campaign. The campaign, taking place on TikTok, is a virtual snowball fight aiming to benefit Feeding America. The 42-year-old also discussed her latest role in the hit ABC series Queens and the important lessons she’s learned on her longevous professional journey.

Brandy, having worked with the trio of brands in the past, feels that giving back is something that she’s supposed to do more of.

“It's going to be on TikTok and it starts Dec. 2 through the 26. I think everyone should get involved because T.J.Maxx, Marshalls and HomeGoods will donate $1 to Feeding America — up to $1 million — to help families facing hunger,” Brandy told Blavity. “It just makes me feel like this is what I'm supposed to do more of, more service, more giving back. It just feels great to do this for the holidays because this is the time where everybody needs someone.” 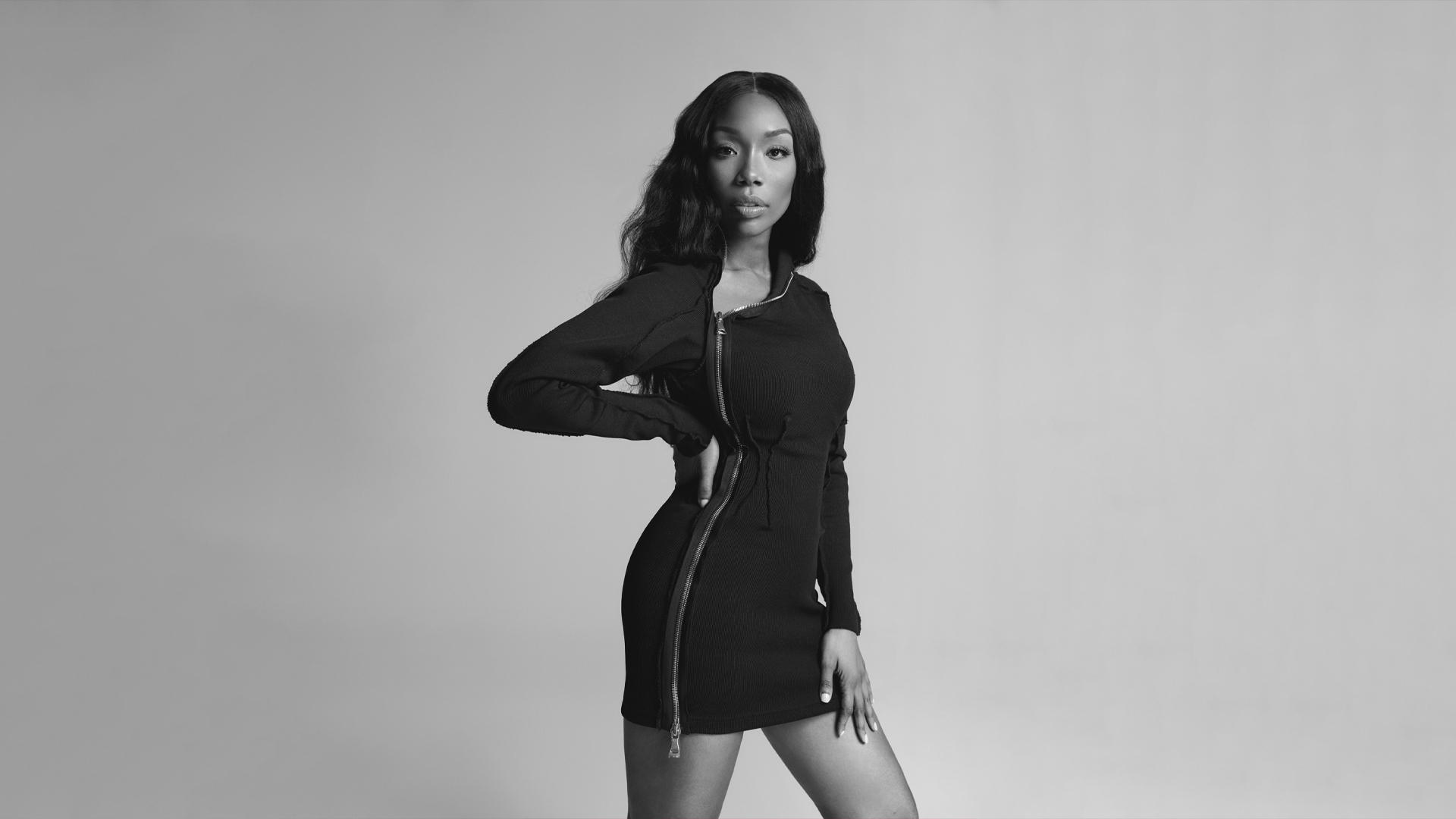 For Brandy, giving back to those less fortunate isn’t just about purpose — it’s about spreading joy and collectively bringing people together.

“I think it's the way my heart is set up. I think it's my responsibility. I'm so grateful to be able to do what I love to do and to touch people and inspire people, but I also have this passion to give back,” Brandy said. “The world needs people to love and the world needs people to spread joy and just bring everybody together with everything that we've all been through. It just feels like the right thing for me to do and it's just my heart on display.”

The megawatt superstar has more than proven herself as a prolific storyteller on the television screen and, as of late, she has no plans to stop. Starring as Naomi, one-fourth of the Nasty B*****s quartet on ABC’s musical drama Queens, viewers get to see the multi-hyphenate tap into another skillset — rapping.

“This is a dream role for me because I dibbled and dabbled with rapping in the past, and it didn't quite go where I wanted it to go. I love to sing, I'm so creative and I love acting. To do a role like this is really a dream,” Brandy said. “And also, to be a part of a show that is telling this amazing story about second chances not only at your dreams, but a second chance at friendship and getting your friendships right.” 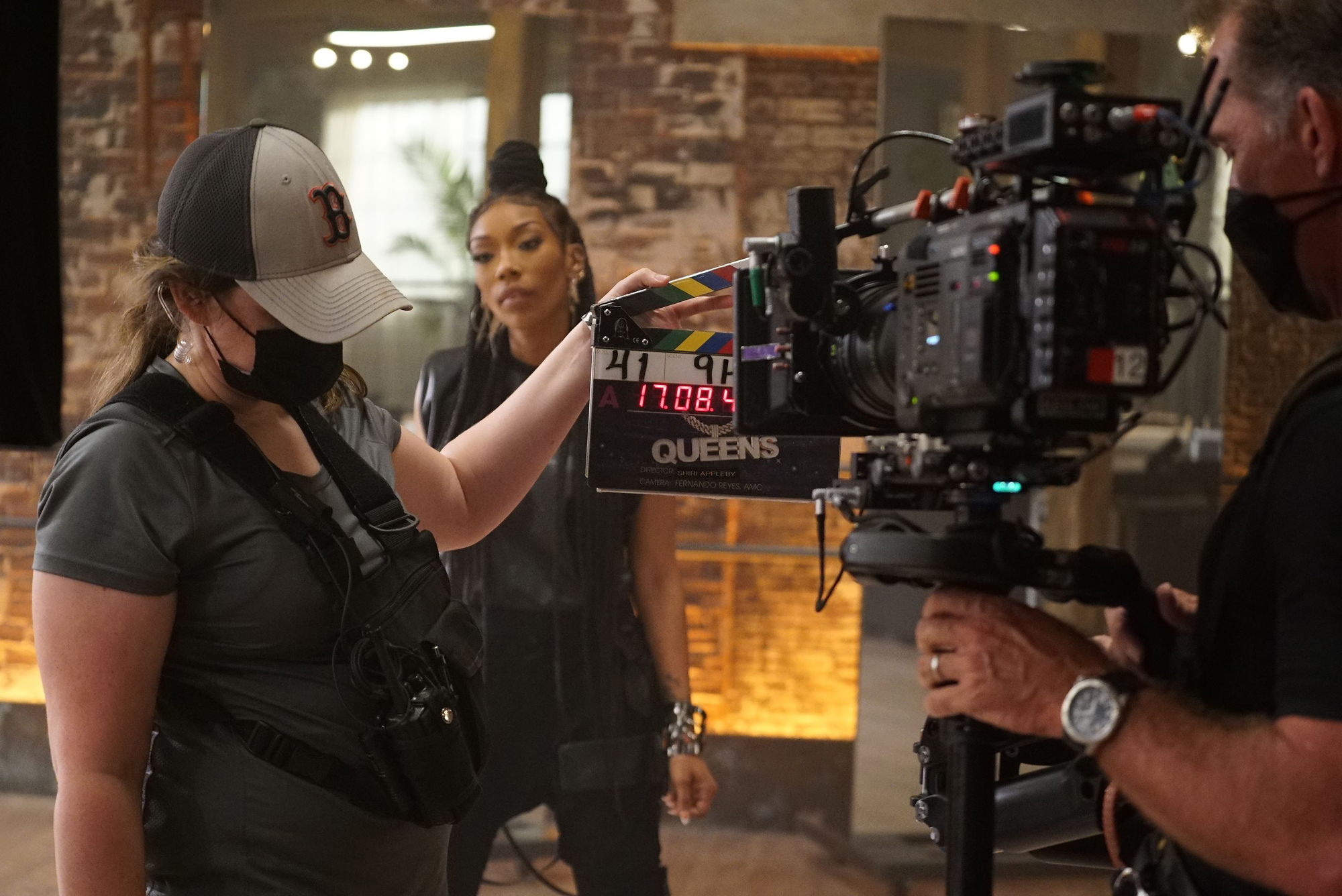 What Brandy is most excited about in playing Naomi is tapping into her rap skills and dropping bars while building this character out.

“My favorite part is rapping; I absolutely just love it. It's like a new thing for me, even though I've been doing it a little bit here and there. This is like a full-time thing and I absolutely love it,” Brandy told Blavity. “I love that I get a chance to sing, and sing other songs that aren’t my songs and just explore and really build this character and see how far she can go.”

The Mississippi native has worn her fair share of crowns on and off the stage as one of the fiercest voices in the world with her own distinct sound, so it’s no secret that she’s a queen. When asked what her definition of a queen is, she said it’s someone who is powerful yet authentic.

“Authentic, genuine, strong, powerful, a philanthropist, all of those things,” Brandy said. “I think that's what a queen is and I’m so happy that the show is called Queens.”

With a career spanning 30 years across various mediums, as well as chart-topping music that solidified her as one of the greatest voices of this generation, there’s a treasure trove of knowledge that the starlet could impart on us all. Throughout her life’s journey, Brandy feels that humility is one of the greatest lessons that she’s learned, as it is one of the key ingredients to success and creativity.

“Humility is one of the biggest lessons I've learned. I've learned that from the universe and I've learned it just from the way I was raised. I think being humble and being grateful is huge for creativity, is huge for success and is huge for sharing the light with other great talents,” Brandy said. “You have to be humble and you have to be grateful for your opportunities, and you have to be willing to share the light so everybody can shine. There's no need to be competitive. There's only one you, you add to the fire. Whatever you add to the fire, no one else can, so there’s no need to compete, just be you.”