Doug Jones Won, But Black Women Are Getting Tired Of Saving Y'all

While most people are reveling in the statistics that Doug Jones beat out bigot-pedo-creep Roy Moore for Alabama Senate on the votes of black folk, particularly (and predictably) women, pardon me for not breaking out the Dom P.

Is there an ethical line in the sand where white voters won't support the candidate just because he is white?

Is there anything other than race that's been historically compelling white America to cast their ballots? 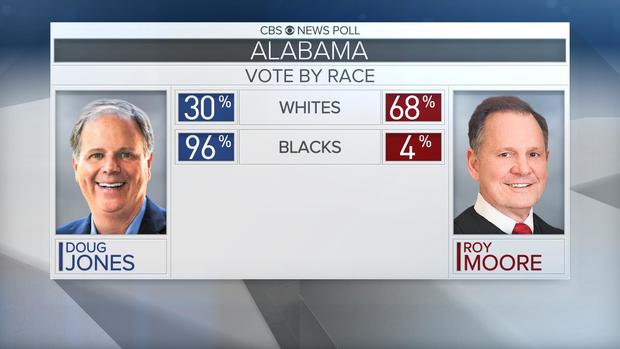 As a black woman, I’m tired of saving everyone.

More concerning, what in God’s name is going on in the white community? What strain of loud, what blue meth, what alien virus, what bath salts have infiltrated the white population at large, compelling them to consistently vote against the interest of decency and common sense?

Unfortunately, the doings of white America disproportionally affect the rest of their countrymen and women. Roy Moore was accused of having sex with a 14-year-old when he was a 30-year-old attorney. He also stated that America was “great” when slavery was in full effect. According to the majority of white voters who cast their ballot for Moore — 68 percent to be exact — this wasn't enough to sway their decision.

Last year, white folks heard Donald J. Trump admittedly detail his pleasure in sexually assaulting women. They heard DJ Trump brag about not paying taxes. They saw him mock a disabled person on film. They saw his constant racist attacks and remarks against black Americans and communities of color.

And still, they voted for him.

A vote is an endorsement.

It's times like this when I wonder why there's no "White People Studies," in comparison to all the other studies of folks historically subjugated by white people, offered as a class where we can dissect this behavior.

White women in particular must have been invaded by the body snatchers more than usual of late. Contrary to the line the media wants to feed us, it ain’t just rural white women in pink-hunting camouflage driving the Republican party.  52 percent of college educated white women voted for Moore.

While the lives of white women, dancing with their own doom, have begun to be widely discussed as a deeply rooted byproduct of misogyny and the compulsion to be an extension of their husbands/tribe, the thing is that no woman of any ethnicity or economic status can escape the effects of patriarchy and misogyny.

Did y’all see that the net worth for African-American Bostonians is eight dollars?!

There's an ending scene in The Cabin in The Woods where the final survivors decide that instead of sacrificing themselves to save the world, they’re going to let the world end, because the world was getting pretty horrible anyway. Well, if America is so hell-bent on setting itself ablaze to the point where its largely disenfranchised, disrespected and under-appreciated black women have to repeatedly save it in mass — I say we grab some marshmallows and a light jacket for the inevitable bonfire, instead.