BSC is breaking waves and stereotypes.

Like in many other predominantly white sports, Black people have been surfing for ages. Since the 1940s, there have been a number of Black surfers redefining the sport in the United States, carving out a space that was typically devoid of actual diversity.

Though Black surfers are not as popular in America, the art of Black surfing isn't new. Editor of The Surfer’s Journal Scott Hulet told Boston’s NPR news station that Africans in Ghana, Senegal and Angola have been surfing on their stomachs for centuries. To change the narrative in the US, organizations like the Black Surfers Collective (BSC) are cultivating and educating a new generation of Black surfers.

Take American names like Nick Gabaldón, Larry Bertlemann and Mary Mills, for example — they should all be more widely known, but they aren’t. The legendary Nick Gabaldón was characteristically the Tiger Woods, Michael Jordan or Jerry Rice of the surfing world. Despite relative obscurity, his legacy and the legacy of the other aforementioned Black surfers live on through the work of the BSC.

The BSC grew out of the Black Surfing Association (BSA).

"We branched off in order to serve the community more effective," BSC founder Greg and Marie Rachal said in an interview with Blavity.

Founded between 2011 and 2012, the organization quickly grew in popularity for its commitment to giving back and conserving beaches. Throughout the year, volunteers teach young locals from the Los Angeles and Santa Monica, CA, areas how to surf. Events like their Pan African Beach Days, held every second Sunday of the summer season, and their beach camps, which invite young people to surf and hang out, are opportunities to raise more awareness about surfing and its history within the Black community.

Out of all of the events thrown by the BSC, their tribute to Nick Gabaldón is by far the most central.

Considered the unofficial godfather of Black surfers, historians believe Gabaldón was the first Black documented surfer in American history. The surf icon was born in 1927 to a Black mother and Latino father. He reportedly taught himself how to surf during his early twenties.

During the height of Jim Crow and segregation, Black people were regulated to some of the lesser served public spaces, and beaches were no exception. Black patrons interested in going to a beach near Los Angeles had two main choices: The“negro beach” known as the Inkwell in Santa Monica, CA, or Bruce’s Beach, which is located a little over 12 miles south in Manhattan Beach, CA. Gabaldón mostly frequented the Inkwell, but would also surf the predominantly white beaches outside of Los Angeles in Malibu Beach, CA, almost 20 miles north. While traveling between the Inkwell to Malibu, Gabaldón garnered respect from white surfers for his tenacious pursuit of the best waves, and his presence helped to inadvertently challenge segregation.

Gabaldón died in 1951 at the age of 24. As originally reported by The Inertia, “During an eight-foot south swell, Gabaldon lost control of his board and struck a piling beneath the Malibu Pier. His board washed up on the beach shortly after. Three days later, lifeguards recovered his body and the small community of (white) surfers who had come to accept and respect Nick mourned.”

Throughout his short life, the popular Black surfer became a symbol of creativity in the midst of oppression. In 2008, Santa Monica city officials commemorated Gabaldón's bravery while pushing back against segregation with a plaque at Santa Monica’s Bay Street and Ocean Front Walk. Although he only spent a few years surfing California’s waves, it was enough to inspire a generation of Black surfers.

Children from the Boys and Girls Club of Watts and East LA are some of the many who attend the surfing events held on Nick Gabaldón Day. "We bring probably at least 100 kids every year to that event alone,” Greg said in an interview with The Los Angeles Sentinel.

“To see these young men and women come out, who’ve never seen the beach, it’s such an honor to be a part of giving these children this experience, and it’s a thing that they’ll never forget,” Marie added.

A post shared by Black Surfers Collective (@blacksurferscollective) on Jul 17, 2018 at 7:08pm PDT

Surfing can inspire people. For Greg, the art of surfing is a soulful experience.

"It's something that you’re drawn to and you know in our case it becomes something that we want to share with others because we’re so grateful that it’s become a part of our life," Greg told Blavity.

In addition to teaching future generations how to bottom-turn, the BSC also protects the coast. For example, in 2013, the group spearheaded the Assembly Bill 976, granting the Coastal Commission authority to fine people that create barriers to the coast. Most importantly, the BSC has remained committed to improving the lives and teaching the value of history to young people in their community. Like the rogue waves, they are unstoppable. 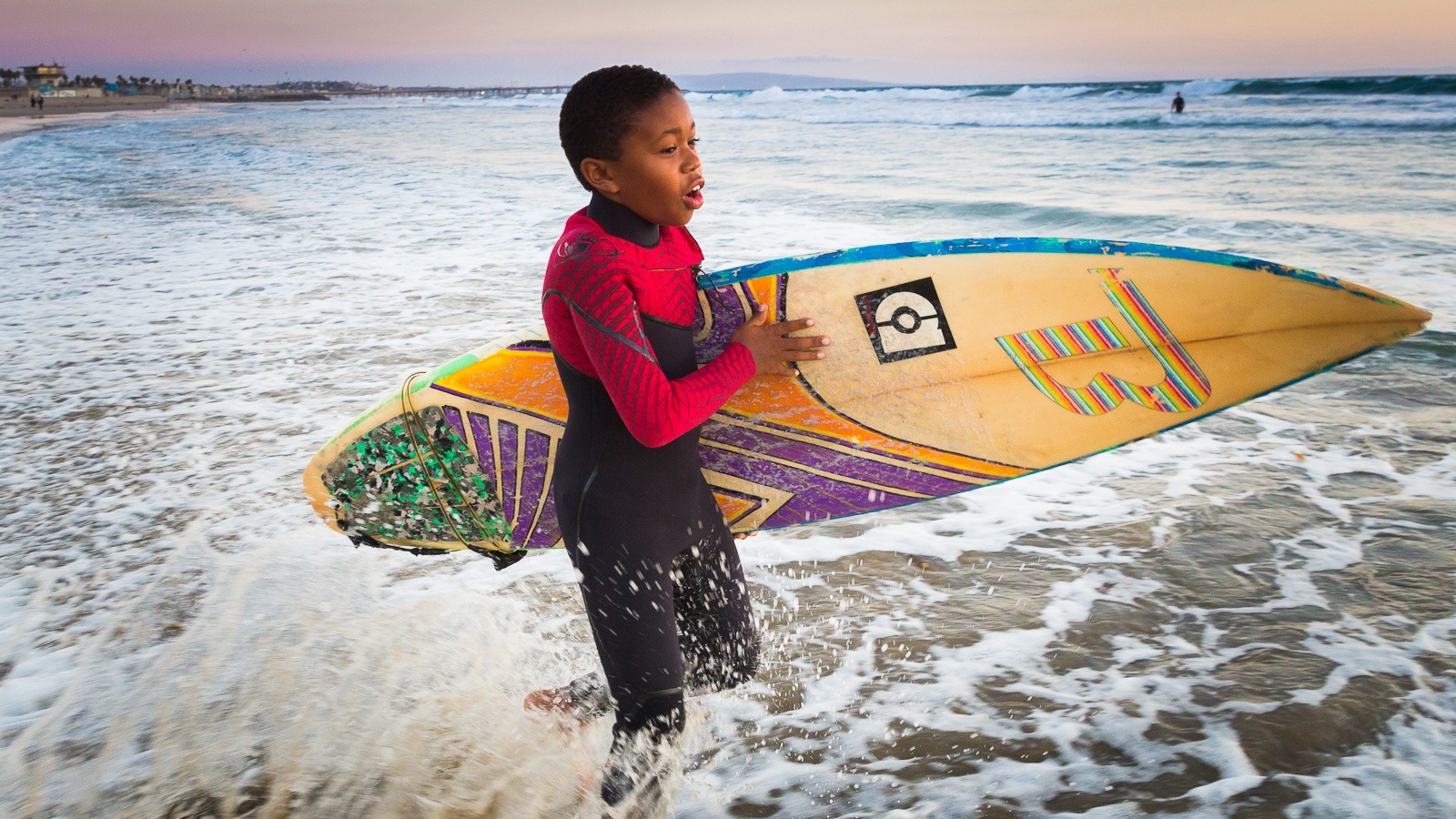