MLK Is Our Hero, But Bayard Rustin Was The Real MVP

Gay civil rights leader did it for the culture.

Each year on MLK Day, we commemorate the life of Rev. Dr. Martin Luther King Jr.

Decades after his death, his life is still worthy of our praise mostly because he lost it fighting for the quality of ours. We certainly enjoy the twisted freedoms of Dr. King’s demise. We have access to voting, albeit suppressed, we can take up residence in diverse communities, if we can afford, and attend unsegregated schools, depending on zoning. We can eat, shop, sit and stand shoulder-to-shoulder with white counterparts in most public settings even if they still hate us. King took a bullet for us, and for that he deserves every honor. It takes a special negro to stand so tall, and no matter how tall he stood, it is important to know he was erected on really special shoulders.

While the good Reverend Doctor led the charge for the civil rights movement, he was but one man. There were countless others who put in work and their names should matter as much. None of other than Bayard Rustin comes to mind. His name has gone too long as a distinguished whisper and by far, he was much more than MLK’s noble adviser. Rustin, a proud uncloseted gay man, was a profound progenitor of the civil rights movement.

Some years before King’s occupation in the civil rights movement, which is documented as 1955, Rustin was knee-deep in boycotts and protest against racial discrimination and human rights.

Rustin was aligned with civil rights leader A. Philip Randolph in the 40s, and organized a March on Washington in 1941 (a first of its kind) to desegregate the U.S. armed forces and protest for equal employment opportunities for African Americans. The march never came to pass at the behest of then-President Franklin D. Roosevelt. Rustin’s grind continued. He co-founded the Congress of Racial Equality (CORE) and took up speaking out against racial injustice across the country. He was jailed and served prison time for a number of violations which include a failure to sign up for the military draft, challenging segregation on buses -- and “lewd and lascivious act” (read: Homosexuality), according to Hometown Pasadena. The incident resulted in a forced resignation from CORE duties. 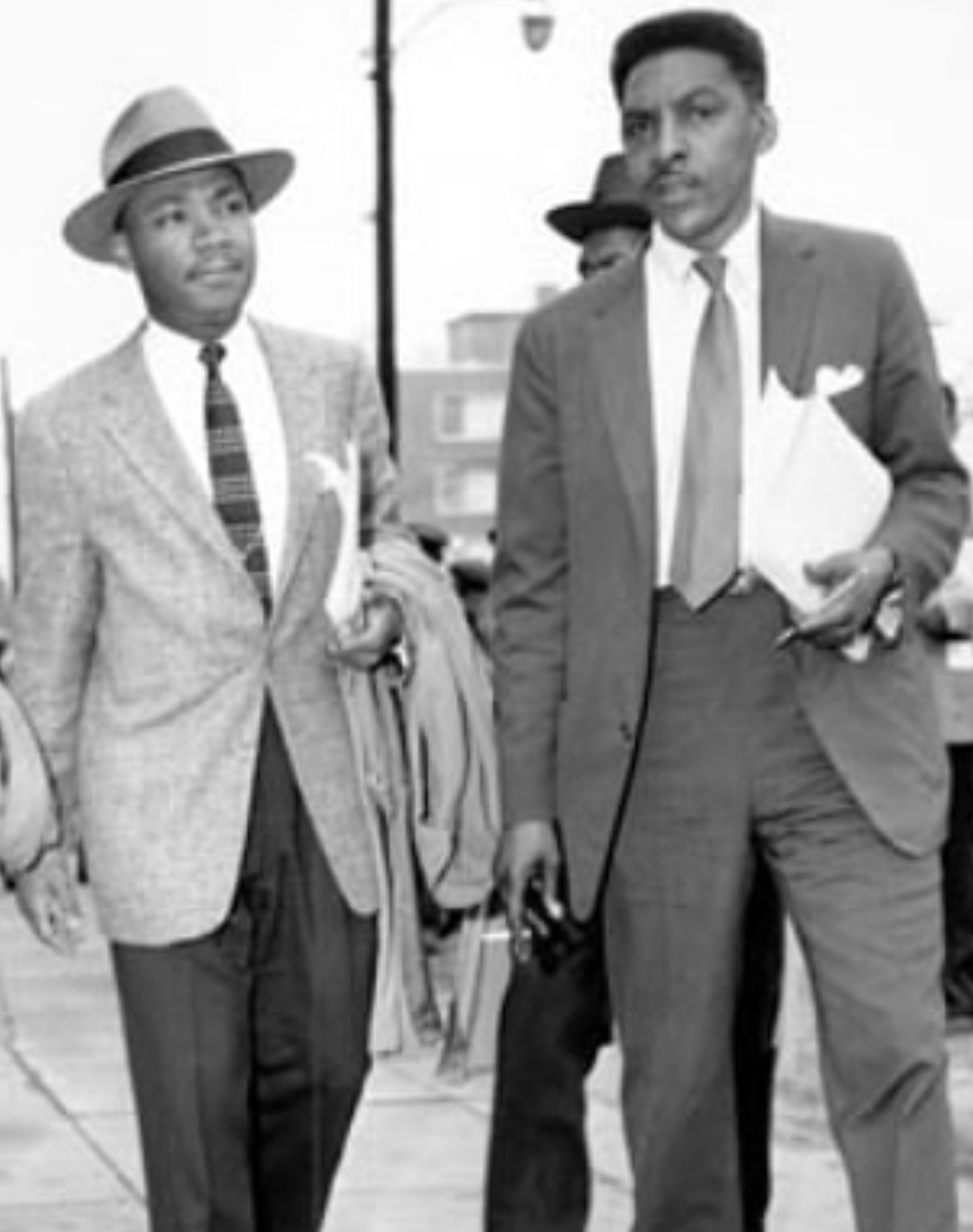 Rustin keep it pushing. Eventually his activism led him to the man we’ve come to revere -- Dr. King. Contrary to popular belief, King’s stance and incorporation of nonviolence in the movement was not his own. It was a Mahatma Gandhi strategy implemented by Rustin. After a trip to India for a world pacifist conference, he adapted the nonviolence approach in his activism, stating: “The only weapon we have is our bodies, and we need to tuck them in places so wheels don’t turn.”

Not only did Rustin help King organize SCLC, he put the good Rev on to those infamous sit-ins; Rustin staged sit-ins during his high school days when he traveled with football teammates who were refused service due to his Black skin.

Rustin’s strategies were the blueprint for most of King’s major approaches. The most remarkable contribution to King’s legacy was the March on Washington. Rustin poured into King’s campaign everything he had mapped for his own a decade earlier. He did all this in the name of social equity and justice, for Black folks and humanity, in the shadows of a beautiful Black orator. For us, Rustin played the margins and yielded to Black ass, homophobic, respectability politics. He was there. He did that.

Rustin’s name is not erased from history, but its visibility is as shrouded in 2019 as it was in 1963. We cannot extract it from the movement, we can neither divest it from King’s holiday. On every King-observed day to come, BAYARD RUSTIN should leap from our throats with the tenacity it is due. It is a perfect gift for a perfect agent provocateur.

It took the locking of many arms, the legs of many women, the discipline of many men, and the courage of non-binary people, too, to push justice forward. The grind for change, for equal and just rights, was an all-inclusive initiative. Let no name go unspoken.

To learn more about the phenomenal Bayard Rustin check out Brother Outsider, a documentary on his life and peep the trailer below.

Why 'August 28' Marks A Day Of Black Historical Reckonings

Linda Brown, Who Was At Center Of Brown V. Board Of Education Supreme Court Case, Dies At 75