After three years of unanswered questions in the death of Georgia teen Kendrick Johnson, the Department of Justice announced Monday that no criminal charges will be filed in the case. In January of 2013, the 17-year-old's body was found inside a rolled-up gym mat at Lowndes High School in Valdosta, Georgia. Local investigators concluded Johnson fell head first into an upright gym mat while trying to retrieve his shoe and he became trapped, eventually suffocating
Noted as a freak accident, not many people bought the story presented by the local sheriff's office. Johnson's family brought in Benjamin Crump, the attorney in Trayvon Martin's murder case, to demand answers in their son's death. The U.S. Attorney for the Middle District of Georgia launched its investigation in in October of 2013
The Georgia Bureau of Investigators did an additional autopsy and ruled that Johnson did indeed die due to positional asphyxia. Johnson's family ordered an independent private autopsy. The results of that autopsy found "unexplained, apparent non-accidental blunt force trauma".The private pathologist said Johnson had instead died of blunt force trauma to the neck 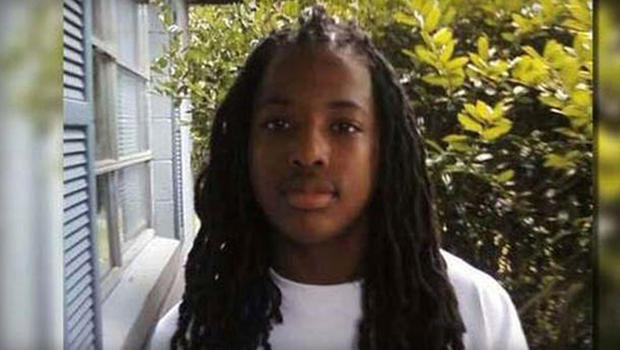 Photo: CBS News Federal investigators found insufficient evidence to prove that anyone willfully violated Kendrick Johnson's civil rights or committed any other federal crime. The investigation into his death is now officially closed
Acting U.S. Attorney Carole Rendon provided the following words in a statement, “The Department of Justice, in particular the lawyers and investigators who have worked tirelessly on this investigation, express their most sincere condolences to Kendrick Johnson’s parents, family, and friends. We cannot imagine the pain of their loss, or the depths of their sorrow. We regret that we were unable to provide them with more definitive answers about Kendrick’s tragic death." The family previously filed a wrongful death lawsuit against two of Johnson's former classmates but decided to drop it. The family attorney told CNN that they would refile in the coming months. The family has yet to comment on the news of no charges being filed