TANK AND THE BANGAS …

Tank: Since I am a poet, it's very important to me and my band members that I always incorporate poetry in every single set, even if I only have a little time to do it. That piece was actually requested by my musical director Josh. I wrote [it] with a poet at home, here in New Orleans. It's about guys who like to frequent young ladies' DMs […], but they [only] like to speak to you at night and I noticed that and I had a problem with that. So I thought that it would be nice if that could be included in the actual presentation of the song “Nice Things.” […] Y'all not taking people on dates no more. Y'all tripin'. [Laughs.] Y'all can't do something nice?

Tank: I had some songs already written and some I just wrote. […] If you notice, this album really ain't talking about nothing too deep or too passionate. We kept it pretty airy, but the music is quite dynamic at the same time.

Tank: They're doing well and I'm very proud of them, […] and let me tell you this, it gives them more energy — it's better. Even when I just cut back on it a little, it’d be better for me because this lifestyle ain't no joke. It's nothing to get on stage and perform in front of people. We love to do that. It's traveling to the stage that gets to be difficult.

Mom:How’s Tour? are you eating healthy? Me…How’s the dog? ????????@thetrapseafood in #Indianapolis was kinda INSANE!!! So good! Made us feel at home 🙂 @katiesikphoto ???? 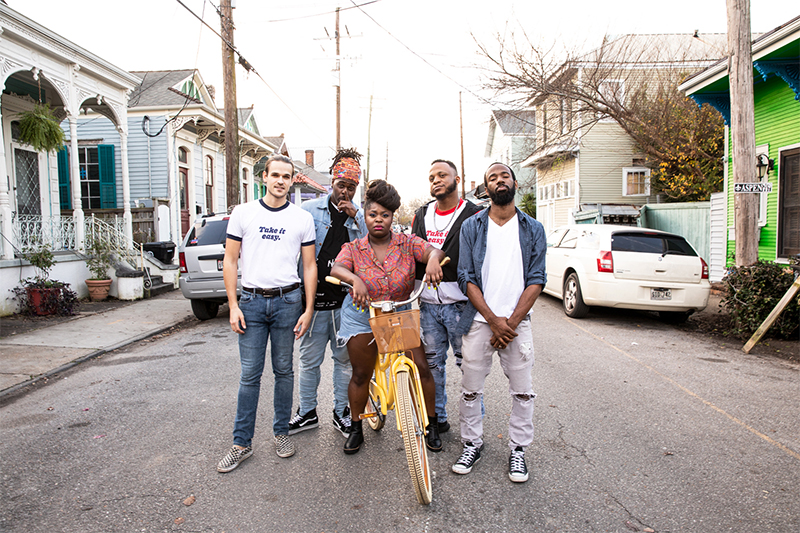 It amazes me that I’ve never even heard of @TankandDaBangas but this album is giving me LIFE. ????????#GreenBalloon