Black music has been a constant in helping us cope and heal during this time of uncertainty.

Lately, the phrase “unprecedented times” is so widely used that much of the world around us feels alien in comparison to our previous “normal.” Throughout the sanitation frenzy and social distancing mandates, one of the main beacons that keeps our spirits high and sanity in check is music. Similar to the trends we have seen in recent years, pre-COVID-19 and elevated Black Lives Matter protests, music by African American artists leads the way as the most lauded and consumed across demographics in the U.S.

The National Museum of African American Music (NMAAM) is excited to see how Black artists and Black music are unifying the world under a shared love for music. As an institution dedicated to celebrating the central role that African Americans play in shaping the American soundtrack, we watched with great pleasure as deejays like D. Nice and Questlove used social media to openly share their talents with the world. Amid shelter-in-place mandates across the country, we cheer on super-producers Timbaland and Swizz Beatz who continue to bring hundreds of thousands of people together each week as they celebrate Black artistry via their “Verzuz Battles” orchestrated on Instagram. It is music that is helping us to cope and heal during this time of uncertainty. 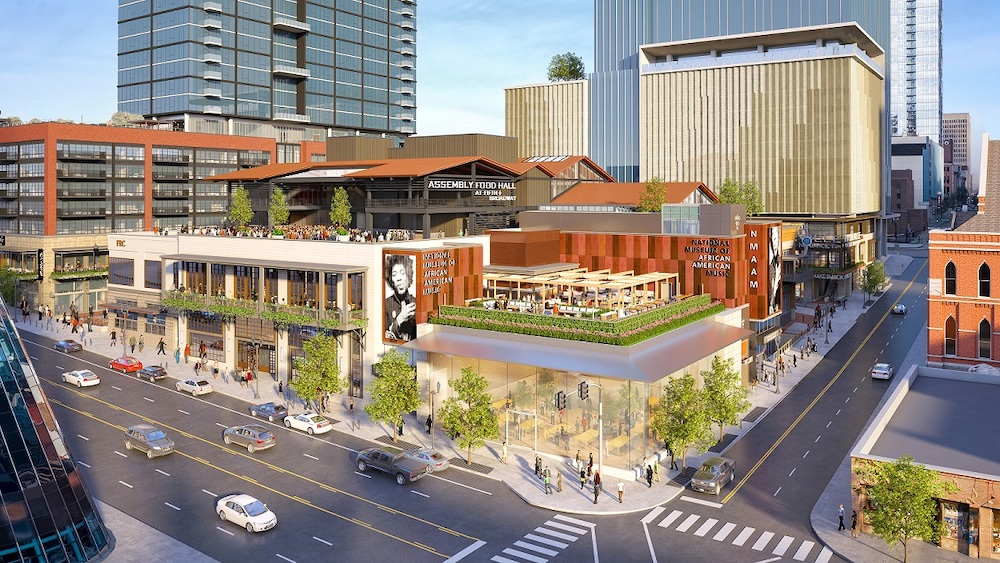 This month, in addition to celebrating the significance of Black Music Month, we also celebrate Black artists in the LGBTQ+ community and their allies. People like disco sensation, Sylvester, who gave us dance anthems while being boldly and authentically himself, giving true meaning to the phrase “Black and Proud.”

For many generations, Black music has been at the forefront of the changing dynamics of America and the world. Black music adds more than just a layer of diversity to the American identity. One of the oldest and most sacred forms of American folksong is the Negro Spiritual. When African slaves were brought to this country, they were not only deprived of their freedom and families, but language and culture also suffered. Slaves were forced to convert to Christianity, and through the blending of European and African traditions, the Negro spiritual was born. Back then, music was not just a luxury to be enjoyed during free time; it served as the only preservation of their identity and an actual roadmap to freedom.

In the early part of the 20th century, the Black renaissance introduced the world to great musicians and writers who gave audiences a glimpse into the Black experience. Its struggles, triumphs, hopes and failures were put on display and recorded through lyrics, notes and songs of the era.

Black music fueled the soundtrack of the Civil Rights Movement of the 1950s and 1960s. Music during this era helped to break down the “color lines” of segregation and Jim Crow. In the 1970s, George Clinton and Parliament Funkadelic recorded their seminal hit “One Nation Under A Groove.” It was with the full intention of uniting all people under the banner of peace and harmony for all mankind, which is one of the reasons why NMAAM uses this song and philosophy as our tagline today.

At the end of the century, we saw the birth of hip-hop. Rap groups like Public Enemy spoke powerful messages to spark action and social change, while artists like KRS-ONE leveraged their platforms to educate America and become global ambassadors of the culture. Now, as one of the world’s most popular genres, its influence continues to spread beyond music, and is at the forefront of everything from fashion and culture trends, to widespread social issues.

Today’s hip-hop artists are no strangers to political commentary, as we have seen their increased presence at the forefront of the Black Lives Matter movement. Artists like Kendrick Lamar have shown us the depth of hip-hop by winning a Pulitzer Prize for poetically capturing the complexity of modern African American life. Rappers like T.I. and Killer Mike are at the frontlines driving thoughtful political conversations on a national stage. When Black Lives Matters protests began forming around the country in support of Black lives lost to injustice, artists like John Legend and Janelle Monae offered healing through music and served as catalysts to help galvanize communities to create change.

The journey of Black music continues to transcend and endure history, while still fostering a sense of cultural pride and creative appreciation. To date, we have only scratched the surface in terms of celebrating the people and stories that encompass Black music. For music lovers who wish to journey deeper into celebrating the history and culture of this art form, we welcome you to join us in Nashville when we officially open a first-of-its-kind Black music museum later this year.

NMAAM is intentionally located in the heart of downtown Nashville. With seven galleries covering more than 50 genres and subgenres of music, 25 interactive exhibits and an artifact collection of more than 1,500 items, NMAAM has something for every music fan.

Black music, as we know it, has no timetable or final destination. Music is a timeless journey, ever evolving, and adapting to the world we create. While the journey may take the culture to all ends of the globe, at NMAAM, we can finally say Black music has found its home, fittingly in Music City.

H. Beecher Hicks III is the President & CEO of the National Museum of African American Music opening soon in Nashville, TN. To learn more about the Museum, visit BlackMusicMuseum.org