You cannot simply squeeze a 20 year legacy into a two hour made for television movie. Somehow Toni Braxton made it work. Unbreak My Heart, the 2014 memoir detailing the singer’s humble beginnings to a shot at stardom followed by ugly headlines, illness and divorce premiered Saturday on LIfetime. Instead of giving you an exact play-by-play of the biopic, Twitter can take it from here.

Here is a dramatic retelling of the story in tweets.

The Replay is on now for those who missed it! Make sure you see it before! #ToniBraxtonMovie #ToniBraxton #TamarBra… pic.twitter.com/64HkDHcLvT

Toni served as narrator, also lending her vocals for the movie’s soundtrack with Lex Scott-Davis as main character, providing a striking resemblance.

But the lip sync was a bit off.

As for the rest of the casting…

My guy @Klarity is killing it as LA Reid. Clap for em 👏🏾 #ToniBraxtonMovie pic.twitter.com/ZX6VTkIhMm

The actors casted in the #ToniBraxtonMovie were done so well. Especially the actress who plays Evelyn Braxton 👏🏽

Holding true to the real story, Toni is offered a deal from LaFace records leaving her four singing sisters behind.

How you look when yo’ big sister get signed to a record deal but U don’t #ToniBraxtonMovie @lifetimetv pic.twitter.com/1vA5GgipKi

I KNEW THESE MEMES WERE GONNA BE SHADY BUT LAWD HAVE MERCY😂😂😂😂🐸👀 #ToniBraxtonMovie pic.twitter.com/Zv0twipnIR

And the casting for Pebbles…

I liked the Pebbles from the TLC movie betta #ToniBraxtonMovie pic.twitter.com/N0lrYkAJ28

Moving out to Atlanta on her own for the first time, we see the early turmoil of Toni’s financial issues. Despite the media’s inaccuracies of how she went bankrupt the first time, the flimsy new artist deal is to blame. We even found out, Toni paid for much of her first tour out of pocket.

she sold 8 million records and was on tour for a year and they only gave her $1,992…GURL….#ToniBraxtonMovie

The public embarrassment of her credit card being declined.

And her style evolution, still unmatched. Boob job and all.

@tonibraxton is responsible for 90% of all short haircuts in the 90s. That’s power #ToniBraxtonMovie pic.twitter.com/AleeyMDwng

I remember thinking Toni’s #UnbreakmyHeart dress was SO scandalous when I was a kid. Now folks wear this to church. pic.twitter.com/1eR6p3SbYP

We learned Babyface’s testimony in court is what helped her win the suit against LaFace. A gag order prevented her from speaking about it for an extended period of time, namely the $20+ million she received. 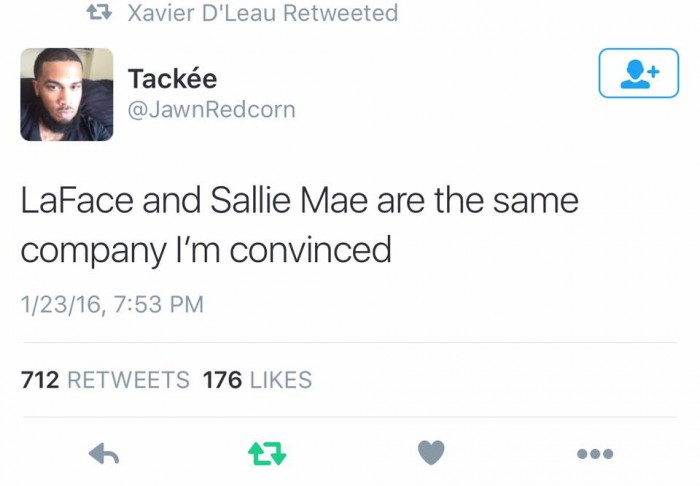 Despite the lawsuit, Toni maintained her musical relationship with Babyface and L.A. Reid.

In the midst of reclaiming her career, Toni found love. She married Keri from Mint Condition.

Who is this actor playing Keri? He wasn’t EVER this fine in real life! #UnbreakmyHeart

Who is this specimen they have playing Keri Lewis? Gotdamn. #UnbreakMyHeart

Toni never publicly spoke of her abortion, and the film explained what led to the decision; her acne medication.

If an acne medicine causes birth defects, what else is it doing to yr body #toxic #UnbreakmyHeart

As her health begins to decline, Toni is open about her son’s autism diagnosis.

Now this is the part I wasn’t ready for. Mad respect to. @tonibraxton for talking about Diesel’s autism. That’s deep #UnbreakMyHeart

Even with her personal drama, Toni endured great pain watching her mother deal with her father’s infidelity.

How did you not sniff an affair for 9 years, ma’am? #UnbreakMyHeart pic.twitter.com/f0dF1Kzpdb

Debbi Morgan just let y’all know who the veteran actor is in this movie. She is playing no games. “Cut it off!” #UnbreakmyHeart

Which prompted perhaps the most popular line of the film.

As her health began to decline, so did her marriage. Being the breadwinner took a toll on her relationship and soon came resentment. After being diagnosed with lupus and dealing with a lawsuit, bankruptcy number two hit.

Keri got on his…I’mma go see my side piece turtleneck. #UnbreakMyHeart

Keri out laying it low & spreading it wide! #UnbreakMyHeart

Through it all, she came back for her sisters.

The Braxton’s reality show premiered in 2011. Why is their TV so old? Who did this? #ToniBraxtonMovie pic.twitter.com/ASoKttaldn

Moral of the story: you can’t keep a good woman down.

“Even the most blessed life is not without pain.” #UnbreakMyHeart

What did you think of the Toni Braxton story?

READ NEXT: 11 Toni Braxton Songs that will have you in your feelings