Why Flint Is Just The Beginning Of Black America's Water Crisis

Residents urge others to not drink the water

By now, everyone knows about the water crisis in Flint, Michigan.

Sadly, Flint isn't the only city in the U.S. where the water isn't safe for drinking.

Reporters in the Carnegie-Knight News 21 initiative traveled the nation, and found unsafe drinking water in Texas, Louisiana, Indiana and Michigan, among other places.

“Don’t nobody drink that mess,” Leroy Hayes, a resident of Campti, Louisiana said. According to him, Campti's water has been murky for years, and always smells like bleach.

The pipes in Campti's water system are more than 50 years old. Towards the end of 2016, the town's water tanks sprung a few leaks. These were plugged with sticks.

A new tank has since been installed, but residents say that water from the new tank still has to travel through old pipes, leaving the water dangerous to drink. Caskey buys bottled water, as do many other residents of Campti. But not all can afford to do so, and Caskey said that those that brave the tap water get sick, suffering through diarrhea and other illnesses.

“It’s been like this ever since I’ve been here, and I grew up here,” Caskey said.

“You hear time and time again this issue with aging infrastructure, and you have the lead pipes being part of the issue,” Jacqueline Patterson, the director of the NAACP Environmental and Climate Justice Program, said. “You have this recipe for disaster like what we found in Flint.”

Campti received six water code violations in the 1990s. In the last decade, it has gotten only one.

A change in rules has left purity testing in the hands of local water managers. And 2012 budget cuts saw Louisiana firing most of the sanitarians who were once responsible for taking and testing water samples. The state's auditor believes that the samples taken after these layoffs might not be accurate.

“The problem with Louisiana is that we only recognize the lowest EPA ratings for our water, which means our water is safe,” Lady Carlson of advocacy group Together Louisiana said. “So the water in St. Joseph, they said was safe. It looks like gumbo, but you can drink it."

In St. Joseph, pipes crumbled, flooding the town's drinking water with copper and lead. It took six months, but the pipes were repaired.

Not far from Campti and St. Joseph is the town of Tallulah, Louisiana.

It too is struggling to provide its citizens with clean water. In 2015, coliform, a fecal-based bacteria that often signals the presence of harmful organisms, was found in the town's water.

Tallulah, like Campti, is a predominantly black community with a median household income of only $23,317.

“Sometimes you’ll run the water in the tub … and you’ll see the water come out green or brown,” Decorian Herring, father to two girls and a Tallulah resident, said. “A lot of times we’ll get the letter around here that they’re going to be shutting the water off for a couple of hours because of the contamination.” Herring also stated that many people in the community have contracted stomach viruses, which has led them to only drink from water bottles.

Outside of Louisiana, citizens had similar stories.

“Everybody knows about the smell and water in Uniontown. It’s bad,” Demetrius Holmes of Uniontown, Alabama said. He told the reporters that he's been in and out of the hospital 20 times because of his town's water. “They just say gastroparesis, or acid reflux. I’ve heard them all. But no one can figure out what’s wrong with my intestines.” “The well water was bad,” said Robert Campbell, a pastor in Chapel Hill, North Carolina. “Now, we can basically say what is in there. Fecal matter, benzene, arsenic ... but it wasn’t safe to drink.”

A resident of Sandbranch, Texas, a town 14 miles from Dallas, said that his water used to be safe to drink. But now “the runoff, the illegal dumping, the tires … all of the waste that people bring in here, it’s going in the ground."

One father in Milwaukee, Wisconsin cautioned other parents about the dangers of bathing and washing clothes in contaminated water. Tory Lowe knew that his water was contaminated with lead, and has never allowed his family to drink from the tap. Nevertheless, his young son was found to have lead poisoning. 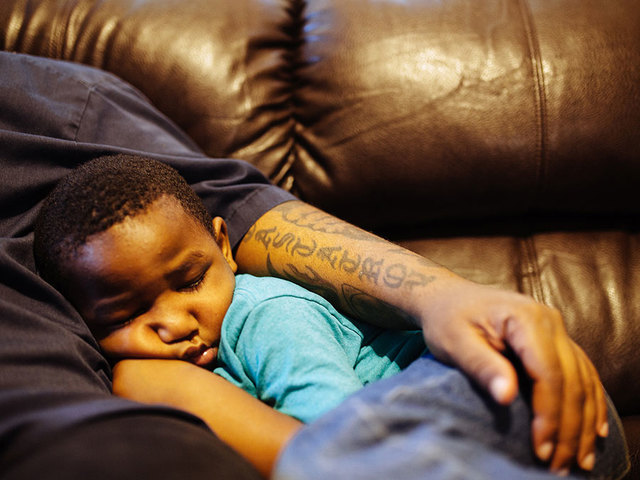 “I know there’s thousands of kids being lead poisoned … if my son can get lead poisoning and we don’t even drink the water,” Lowe said.

Why is all of this happening? And why is it happening to black people?

“There’s an interesting mix of things," Jacqueline Patterson, the director of the NAACP Environmental and Climate Justice Program said. "One, the pollution that comes externally from power plants or those types of things are disproportionately located in communities of color. Then, because those types of facilities are often underregulated and monitored, you have this situation where … all of these things can end up affecting the water supply.”

Esther Calhoun the president of Black Belt Citizens Fighting for Health and Justice put it more bluntly. “Everything that happens now where people don’t want it, it goes into a poor and black neighborhood,” she said. This means factories dumping chemicals, old pipes and the power plants Patterson mentioned.

If things don't change Patterson said, “You have this recipe for disaster like what we found in Flint.”