"I didn’t want to sit idly by when I felt I had things to offer to the conversation," Kenyatta said of his entry into the U.S. congressional race.

Pennsylvania State Representative Malcolm Kenyatta was designated a “rising star” of the Democratic Party in 2020, delivering parts of the keynote speech for the Democratic National Convention and serving as a key surrogate for Joe Biden’s presidential campaign in the state. Kenyatta recently announced that he will run for U.S. Senate in 2022 to fill the seat being vacated by retiring Republican Pat Toomey.

The Philadelphia native sat down for a phone interview with Blavity earlier this month to discuss his motivations for running for the Senate, the ways in which his upbringing and background influence his politics, and why the spotlight in which he finds himself does not deter him from his goals for representing Pennsylvanians. The below interview has been edited for length and clarity.

Blavity: Why did you decide to run for this open Senate seat now?

Kenyatta: I realized we need people who understand in a real way what working people need, what Black folks need, what marginalized communities need. If we’re going to do that, people like me need to step up, and I didn’t want to sit idly by when I felt I had things to offer to the conversation.

Blavity: What will be your biggest priorities specifically representing Pennsylvania if you make it to the US Senate?

Kenyatta: I had a young man in my district, his name was Little Phil, 11 years old, who died by suicide. He was dealing with consistent bullying, he had some mental health challenges, and he was having a crisis. I promised that we would not forget Little Phil, because there are so many Little Phils right now across this country that are struggling because we have not done enough to deal with mental health care in this country.

I introduced a bill called Philip’s Law with a Republican colleague of mine [to increase access to mental health care in schools]. I promised Little Phil’s family that that will be the first bill I introduce in the Senate. Beyond that, we have to focus on raising wages and dealing with poverty, strengthening our unions and dealing with climate change, and cancelling student debt. 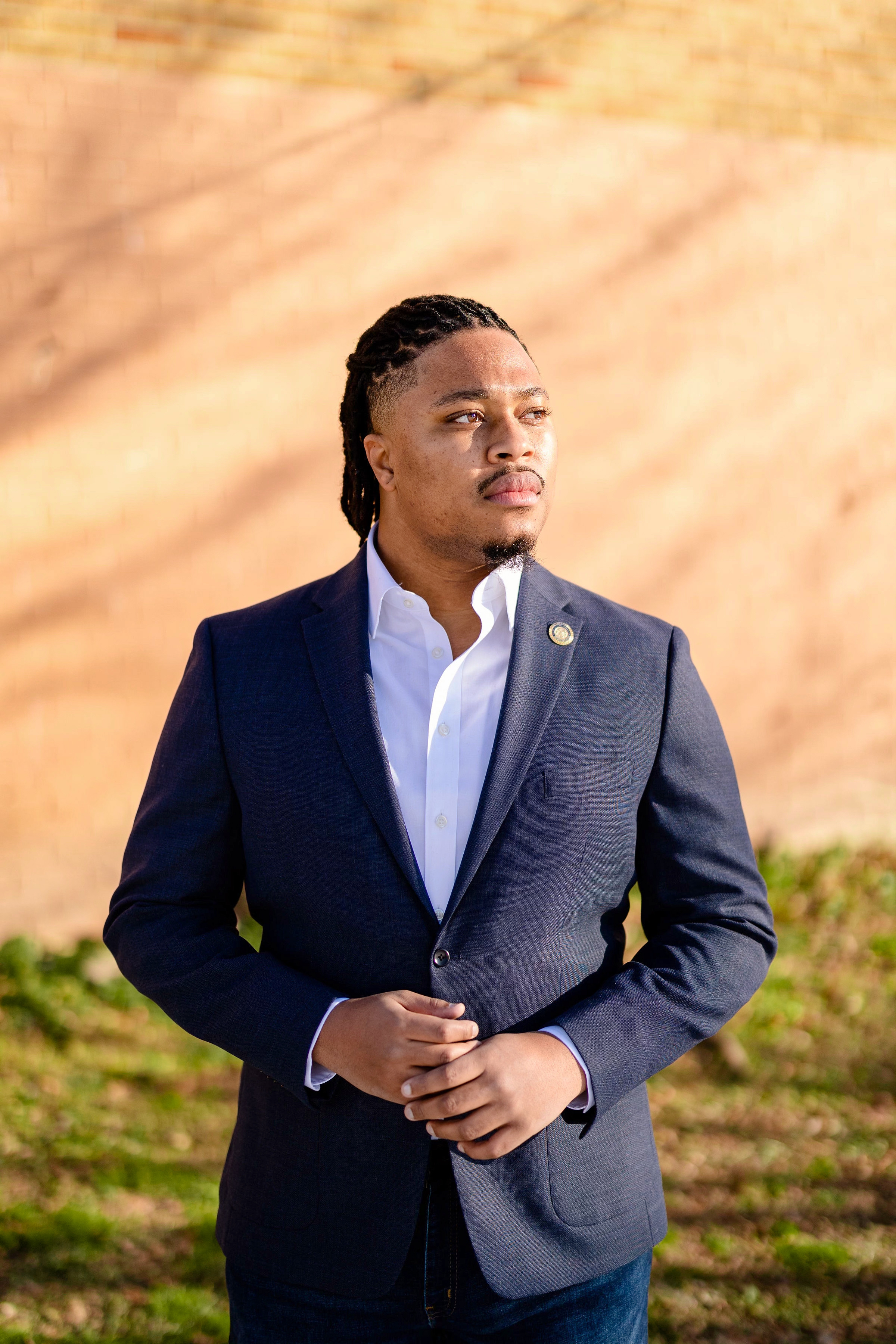 Blavity: This is likely to be one of the most closely watched and most expensive races in the country next year. What’s your game plan for winning your race in 2022?

Kenyatta: This is a campaign that is unapologetically centering working people and not just aesthetically but in a real way.  I got my first job at the age of 12 washing dishes to help my mom pay the bills. I worked at a movie theater, I did telemarketing, I delivered newspapers all throughout high school to help my family make ends meet.

When I was 11 years old, I came home one day complaining about stuff I saw on the block, and my mother said, “well if you care so much, why don’t you go do something about it” And I ran for junior Black captain. I learned two lessons there. First, nobody is coming to save us, and it has been my experience that when somebody says they are coming to save you, you have to really interrogate that because there are a lot of people who are more than happy to profit off of the pain of working people. They’ll come and they talk about how much they need our vote and when they’re in office you get every excuse in the world for why things we need in our communities aren’t centered.

The second piece, and this is really the good news, is that we don’t need anybody to save us.  There’s nothing we can’t do if we build a big coalition. I’ve always known that to be the case in my experience and as a student in history. If you look at what we did last summer after the George Floyd protest, myself and other members of the Black caucus led a nonviolent protest in the House chamber to get a commitment to some of the bills that had been introduced for years about police reform. But we didn’t get that done just because we organized in the chamber…The only way I’ve ever seen sustained change come about is when you build big coalitions.

Kenyatta: It’s a very simple question voters will be asking: who should government work for? There’s nobody in this race who has the experience that I bring to this. I was evicted four to five times as a young person because my mom couldn’t afford the rent. I know what it means to watch the lights cut off, to go to college by the skin of my teeth but not be able to afford books. This is something you can’t understand unless you’ve actually lived it.

Most Pennsylvanians have to work their butts off to make it all work and most people in this race want authentic leadership.  If folks in this race say they’re going to fight for working people, they should listen to the actual working person in the race. If folks say they care so much about Black folks, they ought to be listening to the Black person in the race. If they say they care about queer folks and marginalized folks, they should listen to folks who understand what that means. Let me put it this way: For something to change, something has to change.

Blavity: You went from community activism to elected office — what did your community work help you bring to the table when you ran for an elected position?

Kenyatta: Most of what I do right now in my daily life as an elected official are things I was doing when I didn’t have a title – bringing community together to talk about the issues that face our community. People would say, "what organization are you with, are you in office?" and I would just say, "no, I just live here."

That is ultimately what we need more of: people in office who come from these experiences. There’s no substitute for that in how you govern. People ask me, "why do we have to have Medicare for all?" Because I know what it was like to have no healthcare and have chronic strep throat. When we talk about how we have to do something about climate change, I live in a community where record numbers of young people miss school because they’re hospitalized from asthma attacks because the air quality is so poor. When you talk about the need to fully fund our schools, I went to a school where teachers had to go into their own pockets.

Blavity: You come from a long line of activism and politics, going all the way back to your grandfather Muhammad Kenyatta. Is this something you always knew you were going to do or did you find it along the way?

Kenyatta: My grandfather died when I was one and a half.  I didn’t know that much about my grandfather, and it wasn’t until I went to college and I got involved in everything you could be involved in – the residence hall association, a poetry group, and on and on – that I met people who said "oh, I knew your grandfather." I started going on this path of discovery and started to learn more about him. It’s so interesting the ways that our paths unintentionally overlapped. He started activism at around 17 or 18; when I went to college, same thing, that’s really when I started to get involved. I led protests against former Governor [Tom] Corbett over changes he wanted to make to education.

Blavity: If you win this Senate seat, you’ll be a number of firsts – the first Black Senator from Pennsylvania, the first openly gay Senator from the state. How do these aspects of your identity influence your politics?

Kenyatta: When I think about just who I am naturally, I think about so many people who just want to be treated fairly and who aren’t, simply because of how they look or who they love or what community they’re from, and that’s not fair. It’s wrong and it limits our possibilities as a country, frankly. There are whole groups of people to whom we say "no, the American Dream and promise doesn’t extend to you." I know what it’s like to get that knot in the pit of your stomach when the Supreme Court is in session, like, which one of my basic rights is going to possibly be taken away or at least up for debate. That’s not something you can learn because you read something or learned because you talked to someone who had that experience. You just have to be there.

Blavity: In 2020, Democrats came out for Joe Biden, for whom you were a very much a big supporter, but Republicans also won a number of key races in that election. What do you think the political landscape looks like for Democrats in 2022?

Kenyatta: What we know is that historically in midterm elections, single women, young voters, Black voters, brown voters –those demographics turn out not as much as in presidential election cycles. But what we know is that when you put young people on the ballot, more young people turn out to vote. It’s not rocket science – when people see themselves in the process, they get engaged. When you put a black person on the ballot, more black people come out to vote.

I think that what we have to do is have authentic leadership leading the ticket.

Blavity: 2020 was a big year for you. The Democratic National Convention speech, your designation as a “rising star” of the party. And now you are going to be in one of the top races of the next year. How did you approach the sudden national spotlight that’s on you?

Kenyatta: When [Biden] at his last rally in Philadelphia said he considered me to be one of the “rising stars” in the party, it was incredibly kind. But really I treat it like any other day that ends in 'y.' I focus on the things we’ve been talking about: raising wages for folks, dealing with the existential crisis of climate change, making sure that more people have access to healthcare the way I didn’t, making sure schools have teachers who are well-paid and positioned to providing resources to young people. I guess I just keep focusing on what I’ve been focusing on before. But, you know, it takes ten years to make an 'overnight' star – my story doesn’t start in the State House. I’ve been involved in these conversations for a long time, and I will just continue to do that.

Blavity: What is your take home point for voters?

Rep. Kenyatta is set to face off against Lt. Governor Fetterman – with more candidates potentially running as well – in the state’s Democratic primary. The winner of that race will move on to the Nov. 8, 2022 general election, which is bound to be closely watched around the country and hotly contested within Pennsylvania.